See the sights for cheap. Here's how I did it 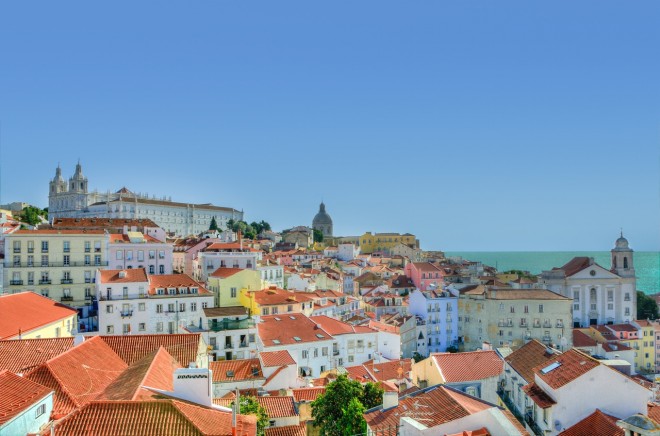 Some of you know that I went to Portugal back in January. Although I’ve mentioned in passing how cheap it is to visit the country when I looked at all my receipts after my trip; I couldn’t believe how little I spent.

My six-day trip to Portugal cost me less than $2,000. That’s less than I spent on a long weekend getaway to New York last year (when hotels were $350 CAD a night).

How is it possible that Portugal is so cheap? Well, it’s pretty straight forward. My flights were relatively inexpensive and hotels cost less than other major cities in Europe.. Food is ridiculously cheap and all of the attractions have pretty low admission fees. I’ll break down some of the costs below to give you an idea of how cheap Portugal is.

I had always heard that Portugal is a budget friendly destination, but I never looked into it. My wife and I wanted to take a short holiday in January so we decided to look at flights to Europe.

It didn’t take us long to find a flight to Lisbon via SATA (Azores Airlines) for $550 each. This was not a sale, this was regular price. The only catch was that we had to depart on a Saturday and return the following Friday. If we wanted to return on say the Sunday or the following Wednesday; prices jumped up to $950. We decided to book the $550 flight on travel rewards I had so technically the flight cost us nothing (the $1,100 for flights is included in my total numbers).

As for accommodations, I had a fair amount of credit with Airbnb (thanks to everyone who used my referral linkto get $50 credit), so I booked a flat in the Baxia area. This is the main tourist area, but it was still only about $80 Canadian a night. I stayed 5 nights so the normal price would have only been about $400.

How I spent my days

This trip was meant to be relaxing so I took things at a much slower pace than normal. Basically every day we would explore a neighbourhood and just enjoy the local culture. Listing everything I did will take up too much space, so I’ll just highlight three areas we quite enjoyed.

The oldest neighbourhood of Alfama is where you’ll find some of the most recognizable attractions including the Cathedral and São Jorge Castle (Lisbon Castle). Although taking the famous tram 28 was tempting, we decided to explore on foot where we could discover the back alleys and go into the shops. Here you’ll also find one of the best views of the city at the Miradouro de Santa Luzia

A 20-minute tram ride west of the city is Belém district of Lisbon. The main sites here are Belém Tower and Jeronimos Monastery which is a UNESCO heritage site, but recently the Coleção Berardo Museum (modern art gallery) and Museum of Art, Architecture and Technology have been getting more attention. Although the Monastery has an admission fee, both museums are free.

If you have time for just one day trip while in Lisbon, it has to be to Sintra. Located just 40mins away by train from Lisbon, Sintra is a town built in the hills that have quite a bit of history. There are dozens of attractions worth checking out here but we only had time for three. Moors Castle which dates back from the Moorish Era. Pena Palace, a brightly painted palace that sits on the highest peak of Sintra, and Quinta da Regaleira where people come just to see the wells and garden.

What I should note is that most attractions in Lisbon have a relatively low admission fee. The most I paid was €8, but many sites were between €2-6. We probably spent about €70 total (about $105) on attractions.

Here’s the thing about Portugal, most places are pretty cheap to eat. As soon as we landed, we stopped at a bakery for a snack. We paid just €4 for two pastries and an Americano. It Italy, I paid more just for the coffee.

Even food at restaurants was ridiculously cheap. My wife and I were at a local restaurant, and I thought the main courses were the appetizers because they were so cheap. I got an order of steak with rice and potatoes for €5. There are some more expensive places to eat, but even then it was only €10-20 per person. That’s a lot by Portuguese standards, but that’s normal for someone like me from Canada.

One thing to note is that there are a lot of tourist trap restaurants. Don’t eat at any place where there’s a guy outside with a menu trying to get you to come in. Also, reject any bread a restaurant offers you. Not only do you have to pay for the bread, but you also have to pay for the butter or anything else it comes with.

If you’ve been keeping track, that’s a total of $1,965 CAD (this includes the actual cost of tickets). I was actually shocked at how little I spent when I added up all my costs. Although Portugal is no longer a hidden gem, the costs have still remained relatively low. Head there soon before prices go up!

Barry Choi is a personal finance and budget travel expert at Moneywehave.com

Originally published on MoneyWeHave.com and republished with permission

Read Can you still travel during the pandemic?