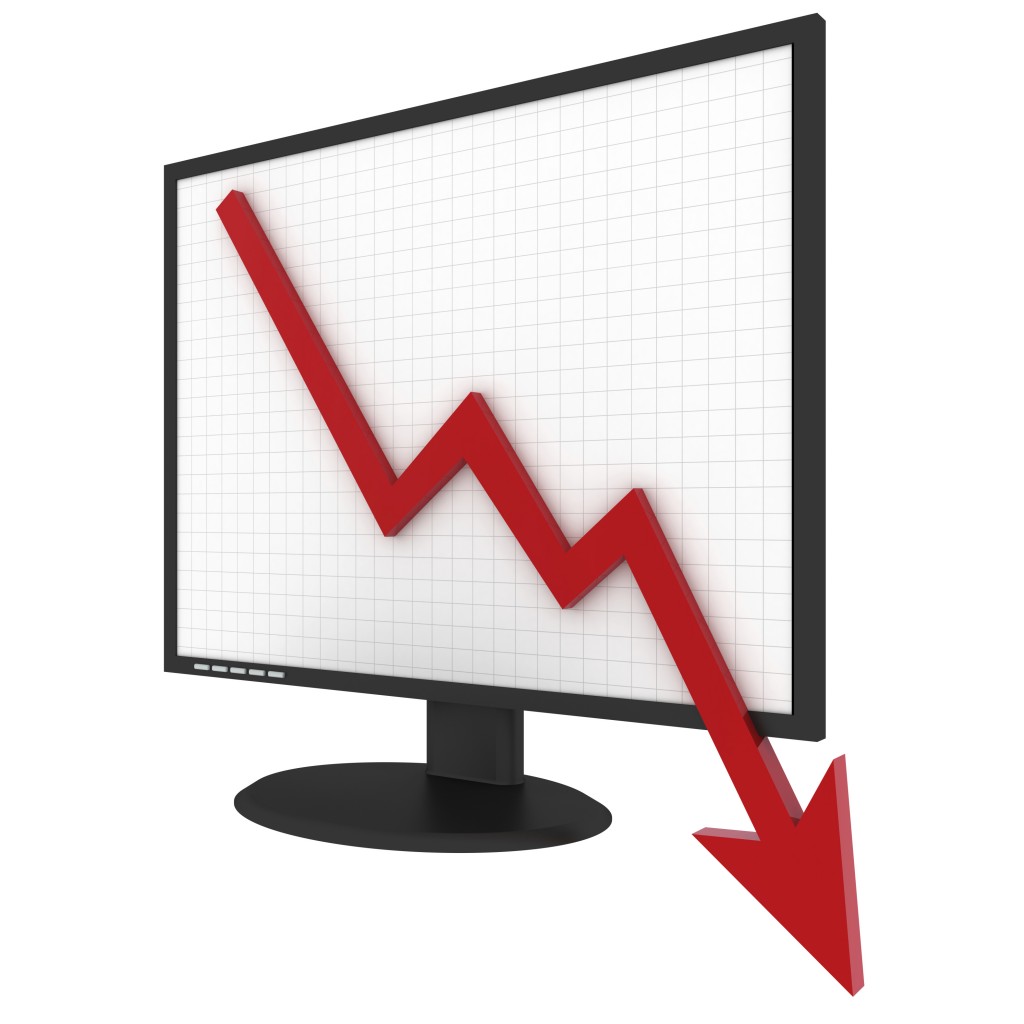 “Long-term investors shouldn’t worry about daily or weekly blips in the markets.” How many times have you heard that? It’s true of course, but most investors don’t heed the advice. And to be fair, it’s hard to ignore the financial markets when there’s non-stop commentary in the news and on social media. (On Monday, Dec. 8, when this post was last updated, the TSX closed 300+ points lower in it’s steepest one-day drop since April 2013.)

One wrote to me recently: “A word of encouragement would be appreciated for those of us who recently began the Couch Potato plan and are now seeing our ETFs going down.”

Words of encouragement are helpful, but “don’t worry, be happy,” doesn’t cut it. So here are three specific reasons why a falling stock market shouldn’t shake your confidence in a balanced index portfolio.

1. Downturns are ridiculously normal. A reasonable expected rate of return for a global equity portfolio might be about 7% to 8%. But this is an annualized average over the very long term. In any given year, equity returns is likely to be much lower or much higher. Everyone knows stock returns are volatile, but few people appreciate the degree to which that’s true.

Consider that from 1970 through 2013, a portfolio with equal amounts of Canadian, U.S. and international equities would have delivered an annualized return between 9% and 10%. But performance looked absolutely nothing like that on a year-by-year basis: the portfolio would have seen calendar-year returns in the range of 6% to 11% just five times during those four-and-a-half decades. Read that last sentence again so it sinks in: that’s only one year out of every nine.

Equity returns are never slow and steady: they typically alternate between gut-wrenching losses and euphoric highs. The only way to ensure you’ll be around to enjoy the magnificent years is to stay invested during the difficult ones.

2. Your expected returns just got higher. With almost everything else we buy, we celebrate low prices. Yet investors go out of their way to load up on stocks after they’ve soared in price and avoid them when they’re cheap.

When the price of an equity index fund falls, its expected return goes up: you’re paying less for all future dividends and potential growth. (This is true of bond index funds, too.) So if you’re a long-term investor who is adding new money to your portfolio, corrections and bear markets should be welcomed, not feared. As Warren Buffett famously put it: “Whether socks or stocks, I like buying quality merchandise when it is marked down.”

3. Diversification still works. Investing would be a snap if every asset class delivered positive returns every year. Here in the real world, we build balanced portfolios. While you can’t be certain that holding roughly similar amounts of stocks and bonds will protect you from significant losses, the track record is solid.

While the last seven weeks wiped out most of the year’s earlier gains in the equity markets, bond returns have been much higher than expected: as of October 17 the Vanguard Canadian Aggregate Bond (VAB) was up 6.81% this year, according to Morningstar.

We saw a similar situation in 2011, when Europe was imploding and the U.S. government had its debt rating cut: stocks plunged dramatically that year, but the DEX Universe Bond Index was up almost 10%. Last year saw the reverse: when interest rates spiked and Canadian bonds had their first negative year since 1999, stocks enjoyed one of their best years in a generation.

Building a properly diversified portfolio is the easy part: sticking to it over the long term is much more difficult. But it’s also what separates successful investors from the roadkill.

AUDIO: Why and how to ride out stock market waves »

Dan Bortolotti is an investment adviser with PWL Capital in Toronto. His Canadian Couch Potato blog can be found here.