Five-year variable-rate mortgages offer potential cost savings to buyers who can manage changes in market interest rates. Here’s how to know if they are for you. 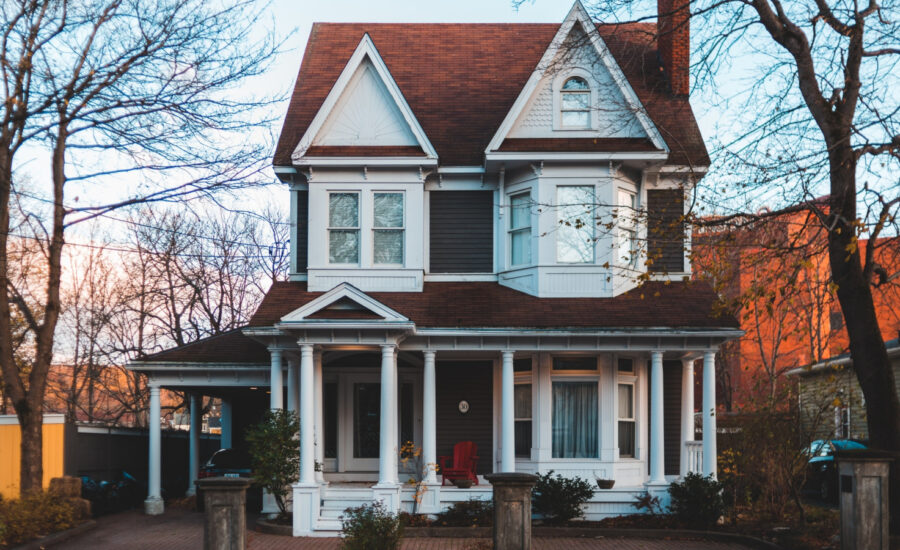 Photo by Erik Mclean from Pexels

Here’s how five-year variable mortgage rates work and how to know if they are the right fit for your finances. And before signing a mortgage contract, learn more about how they compare to five-year fixed mortgage rates.

What is a five-year variable mortgage rate?

As the name implies, a five-year variable-rate mortgage comes with a mortgage term of five years—that’s the duration for which your mortgage contract remains in effect. In Canada, mortgage terms range from six months to 10 years, with five years being the most popular choice. (Read this to learn about the process of buying a home in Canada.)

With a variable mortgage rate, your interest rate will fluctuate throughout your term, based on changes to your lender’s prime rate. This is in contrast to five-year fixed-rate mortgages, for which the rate does not change. For example, with a variable rate, your mortgage rate may be described as “prime plus” or “prime minus” followed by a percentage. If the lender’s prime rate is 2.5% and your mortgage agreement is for “prime plus 0.5%,” you will pay an interest rate of 3%. However, if the prime rate were to increase to 3%, your interest rate would correspondingly rise to 3.5%. The impact this has on your mortgage payments depends on the type of variable-rate mortgage that you have.

With some variable-rate mortgages, an interest-rate change does not affect the amount of your regular mortgage payments. Rather, it determines how much of each payment is put towards the mortgage principal and how much goes to the lender in the form of interest. If your variable rate decreases, more of your payment is put towards your principal. If your variable rate increases, a larger percentage is applied to the interest. Though the amount you pay every month does not change, your mortgage amortization is extended when rates rise, which means you’ll end up paying more in interest over time.

How are five-year variable mortgage rates determined in Canada?

Five-year variable mortgage rates are driven by changes in a lender’s prime rate, which are tied to the Bank of Canada’s overnight rate (a.k.a. the benchmark or overnight rate).

Historically, with a few exceptions, variable rates have been lower on average than fixed rates, saving variable-rate mortgage holders money over the long term. However, there are clear signs that the Bank of Canada plans to increase its overnight rate to keep inflation in check and slow the economy. When this happens, banks will raise their prime rates, and thus the cost of a variable-rate mortgage will increase.

Kristi Hyson, a mortgage associate with Axiom Mortgage Solutions in Calgary, feels that Canadians should get used to rising rates, at least for now. “These historically low rates we’ve been seeing are not going to stick around,” she says. “Now that the economy is starting to pick up, rates are going to become more normalized. If you’re just entering the housing market now and are expecting to have the low rates we’ve been seeing for the last two years, you’re going to be disappointed.”

The pros and cons of five-year variable-rate mortgages

Is a variable-rate mortgage better?

Variable-rate mortgages “can save you a lot of money throughout the duration of your term,” says Hyson. “That being said, a variable-rate mortgage is not for the weak of heart. It’s no different than people looking at investments. If you’re [comfortable with] high risk, you can deal with fluctuations and ride them out. If not, you’re going to lose sleep over every rate change, in which case a variable rate is probably not right for you. There’s no need to be in a mortgage, whether it be fixed or variable, that’s going to cause you undue anxiety.”

Variable-rate mortgages can be open or closed. The main differences between closed and open variable-rate mortgages are cost and flexibility. With an open mortgage, you can make additional mortgage payments without the fear of a prepayment penalty, but you pay for this flexibility with a higher interest rate. In contrast, closed mortgages often have a lower interest rate, but in exchange for the more favourable rate, your prepayment options will be more limited.

If you plan to stay in your home for at least five years and don’t expect a financial windfall or huge income increase in the foreseeable future, a closed mortgage with a variable rate may be a good option. If you’re not likely to come into lots of money (and hence won’t want to make any big prepayments), it’s worth taking advantage of the savings you’d get with a closed variable-rate mortgage.

Should you choose a five-year variable mortgage rate?

When deciding if a variable mortgage rate is right for you, there are a number of key factors to consider, including the potential cost and savings, and the risk of a change in interest rates. Although rates are likely to increase in the coming months and years as the Bank of Canada works to stabilize the economy, variable rates remain attractive for many buyers. The decision ultimately comes down to your ability and desire to manage the possibility of changes in the economy and market interest rates.