By  Dan Bortolotti and Canadian Couch Potato  on December 30, 2013

The failed promise of market timing

By  Dan Bortolotti and Canadian Couch Potato  on December 30, 2013

To stick to an indexing strategy over a lifetime, you need to let go of the idea that you can improve it with some kind of active overlay. 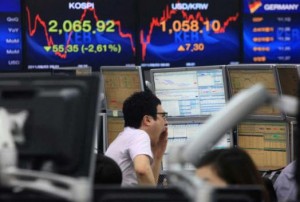 I’ve long believed the most difficult part of being a Couch Potato investor is resisting temptation. Index investors are asked to be content with market returns, but they are bombarded daily by fund companies, advisers and market gurus who promise more.

Back in May 2012, I wrote about one of these enticing strategies, described in The Ivy Portfolio by Mebane Faber and Eric Richardson. The so-called Global Tactical Asset Allocation (GTAA) strategy grew out of Faber’s widely read research paper, A Quantitative Approach to Tactical Asset Allocation, first published in 2007. It begins with a diversified portfolio inspired by the Yale and Harvard endowment funds, combing traditional and alternative asset classes. The “tactical” part involves using market timing to move in and out of these asset classes based on 10-month moving averages.

Faber updated the paper in early 2013 and it now includes four full decades of data. From 1973 through 2012, the GTAA strategy shows exactly one negative year: a modest loss of –0.59% in 2008. And over those 40 years, the GTAA delivered an annualized return of 10.48% with a standard deviation of 6.99%, compared with a 9.92% return and higher volatility (10.28%) for a buy-and-hold strategy using the same five asset classes (US and foreign stocks, bonds, real estate and commodities).

The rest of the story

In my original post I described The Ivy Portfolio as “an excellent book that I would highly recommend to index investors,” and I stand by that. The authors do an admirable job of explaining the benefits of diversifying across uncorrelated asset classes, which is a core principle of the Couch Potato strategy. But in my follow-up post, I warned investors not to be tempted by the idea of avoiding drawdowns and getting higher returns: “At some point in the future we’ll have another bull market that lasts three or four years, maybe more. Timing strategies are guaranteed to underperform during prolonged bull markets (as they did throughout the 1990s and in the mid-2000s).”

We’re now well into a bull market that began in 2009, so let’s see how the GTAA has done since the book appeared. Faber’s updated paper includes data for both the GTAA and buy-and-hold portfolios from 2009 through 2012, and the timing strategy underperformed in all four years:

All of these numbers are hypothetical, of course, so let’s consider how GTAA worked in the real world. In October 2010, AdvisorShares launched the Cambria Global Tactical ETF (GTAA) and hired Faber and Richardson to manage it. The ETF takes the simple five-fund strategy to a much more complex level: the fact sheet explains it’s based on “a diversified portfolio of approximately 50 to 100 ETFs.”

The fund’s performance makes it clear it bears little resemblance to the strategies laid out in Faber and Richardson’s writing. In 2011, when the five-fund GTAA portfolio returned 2.49%, the ETF lost 7.29%. The following year, when the hypothetical GTAA portfolio in the paper returned 1.26%, the ETF outperformed by five percentage points. Bottom line, if you were attracted to the strategy described in the research, start figuring out how to implement yourself, because you won’t be able to access it through this ETF.

And how has the ETF performed overall? As of Dec. 27, its one-year return was 1.93%, and its three-year return was 0.42% annualized. Let’s compare this to a pair of Faber and Richardson’s own buy-and-hold benchmarks. The ETF proxies for the five-fund portfolio are tracked by Faber on his website; those for the 10-fund ETF portfolio are suggested on page 191 of The Ivy Portfolio. (Returns are in USD. Three-year returns are annualized and assume no rebalancing. All data from Morningstar.)

Over the full three years, both buy-and-hold portfolios enjoyed a cumulative gain of over 20%, while the ETF’s return was effectively zero. Every dollar invested in the fund would have grown to $1.01.

The point here is not to pick on one active strategy or one fund. My goal is to help investors avoid being seduced by similar promises. There will always be active strategies that show past out-performance or reduced risk based on hypothetical models, but as the Cambria Global Tactical ETF demonstrates, there are no guarantees they will work in the future. And it is extremely difficult or impossible to execute them in the real world, where there are management fees, transaction costs, taxes and highly competitive money managers ready to arbitrage away market inefficiencies.

You also need to ask yourself how patient you will be when the active strategy under-performs, as all of them will eventually. According to Faber and Richardson’s own data, the GTAA strategy unperformed the buy-and-hold model in 12 of the 17 years from 1975 through 1991. And including 2013 (using the Cambria ETF as a proxy) it has now fallen short in five straight years, and in eight of the last 11. Active investors may be attracted to low volatility, but they also want comparable performance. How many would continue with any active strategy after multiple years of dismal results like that?

Successful investing is about more than the funds in your portfolio: it also requires a change in thinking. To stick to an indexing strategy over a lifetime, you need to let go of the idea that you can improve it with some kind of active overlay. Before you think you’re adding value with market timing or picking individual securities, remember that the probability of success is low and the potential payoff is small: even the best active strategies cannot hope to achieve more than an incremental outperformance over the long term.

More important, the whole pursuit is an enormous distraction from what’s really important, which is saving regularly, diversifying widely, keeping costs low and tuning out the chatter of those who promise what they can’t deliver.