This month, two ETF providers in the US announced they were closing shop. First up was FocusShares (associated with the online brokerage Scottrade), who will shutter its entire roster of 15 ETFs. Then on August 17—the same day the FocusShares ETFs ceased trading—Russell ETFs declared it will close all of its passively managed funds in [...] 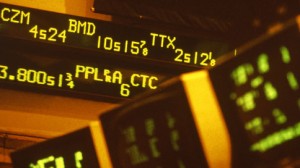 This month, two ETF providers in the US announced they were closing shop. First up was FocusShares (associated with the online brokerage Scottrade), who will shutter its entire roster of 15 ETFs. Then on August 17—the same day the FocusShares ETFs ceased trading—Russell ETFs declared it will close all of its passively managed funds in October.

ETF closures are not particularly newsworthy in the US: some 48 other funds have called it quits since the beginning of 2011, and there will no doubt be many more as the market evolves. But I think these latest closures are much more significant, and here’s why: these were genuinely good products.

As the ETF market has exploded in the last six or seven years, all manner of exotic, narrowly focused products have sprouted up like weeds. Not only is it unsurprising that many failed to attract investor interest, it’s heartening. It was hard to shed a tear over the demise of the HealthShares family of funds that included ETFs specializing in Dermatology & Wound Care, Metabolic-Endocrine Disorders and Autoimmune-Inflammation. Is it any wonder they pulled the plug on these terminally bad ideas?

Even FocusShares had an earlier line of laughable products that was euthanized in 2008. One held companies in casino, alcohol and cigarette business and called itself the FocusShares ISE SINdex Fund (SINdex, get it?). Another held only suppliers for Wal-Mart. Meanwhile, the list of ETFs that closed earlier this year tracked Taiwanese small-caps and the Russian ruble.

But these latest closures are different. The 15 FocusShares ETFs on the chopping block were based on mainstream Morningstar indexes, and they were all extremely cheap. There was a broad-market U.S. index fund with a management fee of just 0.05%. There were large-cap, mid-cap and small-cap ETFs. And finally there were 11 sector funds, all with fees between 0.12% and 0.19%. To top it off, clients of Scottrade could trade them with zero commissions. As low-cost options go—at least for US stocks—only Vanguard can compete with that.

The Russell ETFs are much more specialized, but we’re hardly talking about Dermatology & Wound Care. The family includes a number of growth, value and momentum ETFs, others that screen for low- and high-beta stocks, and a couple of dividend ETFs. Remember, too, that Russell is one of the best-known index providers in the world, and some $80 billion is invested in funds that track Russell benchmarks. The news that they’ve abandoned the passive investing business is significant.

What does the demise of these ETF providers mean? First, it suggests the market for mainstream index ETFs is probably saturated in the US. If an investor is simply looking for low-cost, passive exposure with cap-weighted ETFs, they don’t need to look beyond Vanguard, iShares and State Street. This trio controls about 85% of ETF assets, and they’re not likely to give up any of that market share.

Even if a competitor like FocusShares can offer competitive fees, they can never match the economies of scale or the liquidity of the big three. Why buy the Focus Morningstar US Market Index (FMU) with its $20 million in assets and low trading volume when you can buy the Vanguard Total Stock Market (VTI) with $190 billion and 1.5 million shares changing hands every day? To save one basis point in MER?

Second, it’s a reminder that ETF providers can’t be profitable charging low fees on small funds. The 26 Russell ETFs had total assets of about $300 million and an average management fee of 0.33%, which works out to just under $1 million in revenue. That’s just not enough to sustain a business. FocusShares, meanwhile, attracted a mere $100 million in assets, and with an average fee of 0.15% that’s $150,000 in revenue—probably less than what some of the company’s employees earn.

In Canada, Horizons has wound down 10 of its ETFs this year, including four on August 3, though it’s fair to say these were fringe products. So far we haven’t seen any closures of ETFs in major asset classes since late 2005, when TD made the most ill-timed decision in ETF history. I hope it stays that way, since the competition is good for investors. But this month’s casualties in the US are a reminder that the ETF space is a tough arena to do battle.