Side-stepping probate can be dangerous

While there may be instances where joint ownership does make good sense, doing it simply to avoid probate is a fool's game. 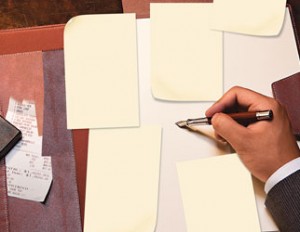 Avoiding probate has become a national pastime in Canada. Everywhere you look there’s advice on how to ensure you pay the very least in probate fees when passing on your estate. Now, there’s nothing wrong with arranging your estate intelligently so that your beneficiaries get theirs. But some people will do anything to avoid parting with a cent. Too smart for their own good, these people are!

Take the idea of holding assets jointly. There are two ways to do this. The first option is to hold it jointly as “tenants in common,” in which case you each own exactly half, and when one dies, that person’s half would go to the estate. Option no. 2 is to own it jointly “with rights of survivorship.” This is the option people are seeking out in droves. With this option, you have simultaneous rights of ownership of the asset and upon death of one joint owner the interest in the asset automatically passes to the surviving joint owner(s). This works well for straightforward families where a hubby and wife hold everything jointly to simplify their estate. But the world’s changed a lot, and nuclear families are a rarity these days.

So what’s wrong with joint ownership? Well, it’s not the ownership, per se. It’s the implications involved in putting someone else’s name on your assets.

First, there’s the control you’ll give up. Since you’re no longer the only one with an interest in the asset, you don’t get to make all the decisions. That can be inconvenient. And it can cause a real conflict once you step off this mortal coil if you’ve named only one of your children jointly with rights of survivorship since the asset will pass directly and solely to that child, regardless of what your will says. Ditto if you’ve remarried and hold an asset using option no. 2 with your new spouse: upon your death, the asset will pass directly to your partner, leaving your children completely out of the mix. And since assets held jointly with rights of survivorship may form part of a creditor proceedings, if one of the owners becomes insolvent, the other could be affected.

Second, there’s the tax implication of adding an owner. If the Revenue Canada believes there has been a change in “beneficial ownership” when you execute option no. 2, then in the case of a non-registered investment portfolio, adding a child would be tantamount to selling half your portfolio to your kid. Even though no money changed hands, the tax man would be looking for his share of your capital gains. In the case of a home, the consequences are even more grave since the co-owner of the home may jeopardize his access to the principal residence exemption if he already owns a home. If he doesn’t, he’ll negate his ability to participate in the RRSP Home Buyer’s Plan.

In determining whether “beneficial ownership” has changed, Revenue Canada looks at such things as whether the account was initially set up jointly, there’s evidence that the transferor plans to gift the account to the transferee, both parties are using the income generated, and the transferee exercised any control over the account.

Some people go with joint title because they don’t know another option exits. Most people don’t realize that if you leave something to a person in trust through a will—or in the event that it is insurance proceeds, if you set up an insurance trust—you can establish a “testamentary trust.” That’s the legal term for a trust set up through your will, and it can be for the benefit of a partner or children, whomever you like. The great thing about a testamentary trust is that it’s perceived by Revenue Canada to be a separate entity. That means it enjoys a graduated tax rate similar to a living individual, sans the personal exemption amount. So by setting up a testamentary trust you have two streams of income that are being taxed all at the lowest marginal tax rate on their earnings.

Opting for the ease of joint ownership as opposed to doing a detailed estate plan may be cheaper in the short run, but often means you miss out on a long-term income-splitting opportunity. And it could cause aggravation even while you’re still alive. So while there may be instances where joint ownership does make good sense, doing it simply to avoid probate is a fool’s game.