The cost of taking CPP early

Does it make sense to take a lower Canada Pension Plan payment now to get more later? Bruce Sellery weighs into the debate. 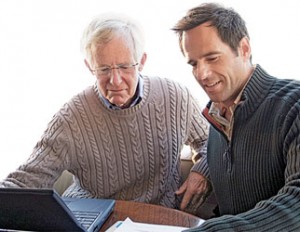 Does it make sense to take out CPP at age 60 and invest the amount into TFSA’s or to wait until one needs the money? I have been retired for a couple of years and will be soon approaching 60, but with the new changes in CPP I’m not sure what to do.

As the saying goes, patience is a virtue. But in your case, patience may mean a profit. By waiting until age 65 to take CPP you could see more money in your bank account, even if you invest the early withdrawals in a TFSA. To walk you through the rationale in detail I turned to Matthew Ardrey, a CFP at fee-based financial firm T.E. Wealth.

To answer this question Ardrey has to make a number of assumptions. The first one, of course, is that you can afford to wait. This is implied by your comment that you would save the money in a TFSA versus needing the money to pay a heating bill that’s six-months overdue.

Ardrey also has to consider how the CPP changes will work. “The changes to the CPP are going to see the early retirement reduction gradually move from 0.5% per month up to 0.6% per month over the period of 2012 to 2016,” he says. Ardrey assumes you will be able to receive CPP in the middle of this transition and have a reduction factor of 0.55%. Under this scenario you would see a 33% reduction in your CPP at age 60, he says. Ardrey also assumes you will receive the average benefit for CPP, currently listed as $528.92 per month at age 65 and that you are in a 30% marginal tax bracket.

As for inflation beyond the next two years, Ardrey uses a long-term average of 3% and rate of return in the TFSA is assumed to be at 6%. And finally, with regards to your TFSA, he assumes you have $5,000 in contribution room a year between ages 60 to 70, increasing to $7,000 by the time you’re in your 80s.

The cost of taking CPP early

Waiting to take CPP at age 65 instead of age 60 is more profitable. But by how much? Ardrey figures the difference by age 73 would be in the range of $1,500, and the amount will grow over time.

Saving in TFSA to offset differential

Provided you did what you said and put the money you received into a TFSA (and not into vacations and fine wine) you would offset some of that differential. But will it be enough? Nope, says Ardrey.

“By age 80, the combination of excess CPP payments and TFSA savings is greater under these assumptions by taking the pension at age 65 than at age 60. Though I agree with the principle that contributing excess funds to save in a TFSA is a worthy venture, the loss in future CPP income does not seem to warrant it, especially with today’s population living longer in most cases,” he explains. He says it’s worth noting that if you wait until you need the money after age 65, the rate of payment increases by 8.4% per year or 42% by age 70. The new CPP rules start to come into effect by 2013.

Of course, these calculations are based on some general assumptions. There may be other factors to consider, like longevity, how long you’ve been out of the workforce, or whether you’re receiving any other government support. You have an important decision to make. It would be worth consulting a professional for some extra assurances.

But in the meantime, here are a few additional resources to help you prepare for that conversation:

Meredith’s husband purchased a condo before they got married....