It's nothing compared to some other countries

Now that the competition has begun in Rio for the 2016 Summer Olympics, conversation is already turning from unfinished venues, doping schemes and Zika fears to the bigger picture: How Team Canada will fare. Winners will walk away in a few weeks with an elevated reputation, a medal or two—and a relatively substantial monetary prize.

That’s right, gold medalists get more than just a shiny bauble to hang around their necks (it’s not even made of solid gold). The Canadian Olympic Committee rewards gold medal winners with a $20,000 cash prize, while silver medalists receive $15,000 and third-place winners get $10,000.

This would be an exciting amount of money for most, but seeing as how much training and effort goes into being an Olympian, maybe Canada’s sporting heroes should get a little something more. Especially since the prize money is taxed. 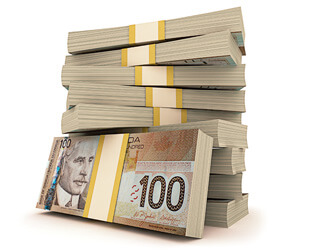 How to win the lottery

Meanwhile, our neighbours south of the border are slightly more generous and reward their medalists with around US$25,000 per gold medal, US$15,000 for silver medals and US$10,000 for bronze. While not a life-changing sum of money, it can add up for athletes who’ve won multiple medals. For instance, by this payout structure, U.S. swimming star Michael Phelps should have been paid around US$150,000 just since the London 2012 Olympics.

While Canada and the U.S. are roughly on par for medal bonuses, the cash sum varies wildly in other parts of the world. Russia, for instance, plans to give its gold medal winners around US$61,000, whereas the U.K. rewards its Olympic heroes zilch for bringing home gold or any other medal, for that matter. That’s right, London 2012 Olympics winners received nothing but national recognition (though perhaps some sponsorship money) for triumphing on home soil.

But to blow nearly everyone out of the water, you’d just have to look to Singapore. As of 2015, the Southeast Asian country claims to award athletes SGD$1,000,000—around CA$969,000—for their first gold medal. (But none for their second or third.) Of course, the city-state’s team has yet to win a gold medal at all since it has begun competing in the Olympics. (Update 12/08/16: Swimmer Joseph Schooling won Singapore’s first gold medal at the Rio Olympics.)

Now, while our home-grown Olympians may not be receiving that much, their prize money plus sponsorship deals mean they may still end up with a windfall. Here’s what you can do if you come into a bit of money, whether it’s on a podium in Rio or not:

Invest it.
Do nothing at all.
Spend it wisely. 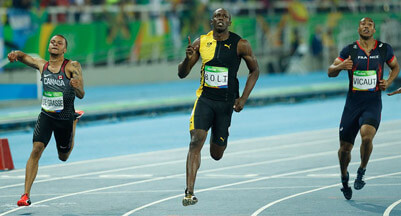 The cost of raising an Olympic athlete in Canada

It's easily a six-figure cost, with no guaranteed return

The cost of raising an Olympic athlete in Canada