How to win the lottery

If you're going to part with your pocket change every week, might as well make it count. We've compiled a list of Canadian lotteries and scratch tickets with the best odds of striking it rich. 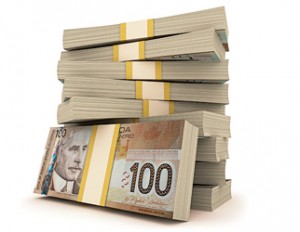 Ric Wallace, a self-proclaimed “luckologist” and repeat lotto winner, says the national lotteries are even worse when you scratch the surface. There are actually more than 85 million possible combinations with Lotto Max but they divide that number by three to arrive at 28.6 million since you are given three lines to play. “It gives people a false sense of what the real story is.”

Now we’re not saying don’t play the lottery. Chances are you won’t win but spending no more than $5 a week is unlikely to blow your budget and a winning ticket could really improve your quality of life. So, if you’re resolved to part with your spare change, you’ll want to spend it wisely.

“Our dreams are important, but play within your means, play as a group and always put it on paper,” Wallace, says. For more play safe tips visit responsiblegambling.org.

To help you get the most bang for your lotto ticket buck, MoneySense has updated its list of lotteries and scratch tickets that offer the best chance at winning $100,000 or more.

As a rule of thumb, provincial lotteries are your best bet and you won’t have to slice and dice the winnings with as many people. The one lottery that stands out from the crowd is Quebec’s Banco Special. Your chances of winning a $1-million windfall in the game are 1 in 4.8 million—far better than any other lottery in its class. Ontario’s Rock Paper Scissors had similar odds but the OLG canned the game as of Oct. 24, 2012. Another noteworthy contender, Western Pay Day lottery where the odds of winning $675,000, or $1,000 a week for life, are 1 in 1.4 million, is also being phased out.

And in case you were wondering, McDonald’s Monopoly Game is one of the worst “lotteries” going. Your chances of winning big with the fast-food chain are even worse than at the big national lotteries. Just how poor are the odds at McDonald’s? Let’s just say your odds of winning a $1 million collecting Park Place and Boardwalk game pieces are 1 in 307 million. Suddenly Lotto Max doesn’t look so bad.

Different mortgage calculators show you what buying or refinancing...

If you carry a balance, consider switching to one...