As your portfolio grows, lucrative new options open up. Both low-fee mutual funds and index funds are a good bet for five-figure investors

Congratulations! By scrimping and saving you’ve managed to sock away $10,000. You’ve set up your rainy day cash fund in case of emergencies, planned for big ticket items, paid off your high-interest debts, and now you’re looking for the best place to invest 10 grand to get some decent growth without taking on undue risk. My advice? Keep your investing simple and low-cost, and you’ll likely thrive over the long term.

Back when I was working in an atomic physics lab we were mindful to use the grandparent test when communicating with others. The idea was to describe our experiments in a way that could be understood by an interested person who was unfamiliar with our work. While we didn’t always pass the test, just trying helped a great deal.

The same goes for investments. You’ll find that hucksters and charlatans like to use complexity in an effort to hoodwink the public. If you don’t fully understand what you’re investing in then stay well away from it. The same goes if it sounds too good to be true.

Similarly, there are many well-meaning investment professionals who recommend funds and services that cost more in fees than they’re worth. While you might be used to paying a premium to get quality merchandise from a store, you’ll likely be disappointed if you take a similar approach to the markets. When it comes to investing, study after study shows that paying a high price usually leads to very poor results.

To see why keeping costs low is important, it’s useful to take a closer look at compounding, which is one of the wonders of the financial world. Let’s walk through a quick example. 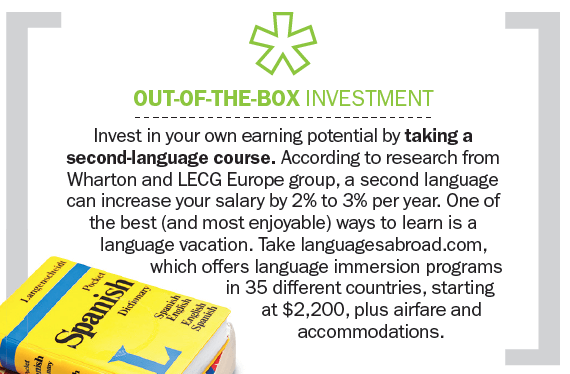 If you start with a $10,000 portfolio that grows at 10% per year, after the first year you’ll have $11,000. But after two years you won’t just have $12,000 because the $1,000 you earned in the first year also starts to work for you. Instead, your nest egg will have grown to $12,100 (assuming the growth compounds once per year). While that extra $100 might not sound like much, that compounding effect really adds up over long periods.

In fact, if you check back in on the portfolio after 30 years, you’ll find the impact is astounding. Without compounding, the portfolio would have grown to $40,000. But with compounding it shoots up to nearly $175,000, more than four times as much.

This is where annual fees—like those levied on many funds and financial services—come in. They represent the vampires of compounding.

Unfortunately, annual fees often range between 2.0% to 2.5% in Canada and in some instances they’re even higher.

A simple way to start

My favourite option for new investors—and those who’d rather spend time gardening or golfing than keeping track of their investments—is the humble low-fee balanced fund.

A good balanced fund represents a complete portfolio that contains a diversified mix of stocks and bonds. The best of them are designed to be easy to buy—and hold—for the long term.

Practically speaking, most balanced funds contain a mix of about 60% stocks and 40% bonds. But the exact fraction in each varies depending on the fund in question and, in some cases, it varies over time as the fund’s manager tries to anticipate what the markets will do.

Balanced funds have a big advantage because they’re usually much less volatile than stock funds or individual stocks. That is, they don’t swing up and down nearly as wildly because they contain a diversified assortment of both stocks and bonds, which helps to smooth out the ride. The idea being that when one asset runs into trouble another will help to make up for it.

While there are many high-fee balanced funds in Canada that aren’t worth your time, there are also a few good low-fee options to be had. In “Meet five great balanced mutual funds” below, you can find a list of the best of the bunch.

The Steadyhand Founders fund is an alternate that comes with an unusual fee structure. It offers rebates to those who have more money in the fund and who have stayed with it for a long time. As a result, the annual fee on the Founders fund ranges between 0.69% per year and 1.34% per year. If you have $10,000, you can buy the fund directly from Steadyhand. 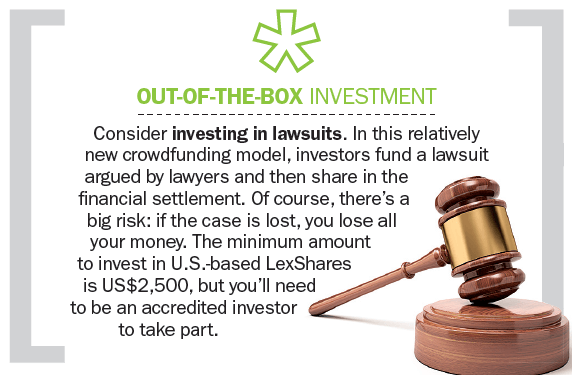 Investors with $10,000 or so who are willing to give up the comfort (and some of the simplicity) of balanced funds might look to adopt a slightly more customized approach. For such investors, buying a collection of low-fee index funds could be just the thing.

If you’ve been a long-time reader of MoneySense, you already know all about the Couch Potato approach (check out www.moneysense.ca/couchpotato for a refresher). In a nutshell, the idea is to build a cost-effective balanced portfolio with index funds.

You can see a good example of one in “Build your own Couch Potato Portfolio,” to the left. This sample portfolio uses TD Bank’s e-Series funds, and the total portfolio fees amount to only 0.44% annually. It allocates 40% of its money to Canadian bonds and the rest is split equally between Canadian stocks, U.S. stocks, and international stocks.

You can also arrange your funds in a manner that reduces your tax burden. For instance, the bond index fund might be placed in your RRSP because the income it generates is taxable at the top rate.

As you continue to invest, keep in mind that there is little need to move away from simple low-cost balanced approaches. After all, when you have even more money on the line, you’ll discover that the smoother ride can be quite appealing.

Build your own Couch Potato Portfolio

Getting started with the Couch Potato

In 2008, Juan Carlos Escobar arrived in Canada from Colombia, determined to live the Canadian dream and invest for his future. So two years ago, after saving a few thousand dollars from his $45,000-a year manufacturing plant job, Escobar started investing his RRSP savings in TD e-Series Funds. “I had read MoneySense, which showed me how it was a good, low-cost option for a beginner like me,” he says. “I’ve been happy with the results.” Escobar continues to invest 10% of his net pay in the e-Series funds every month and hopes to have enough money in a couple of years to go back to school and earn a business degree. “I would like to help other people manage their own money one day. That would be awesome.”