Should you wait for higher yields?

I get asked a lot of questions about bonds. Here’s one I’ve been hearing on and off since 2009: “With yields so low now, is it even worth it to invest in bonds? Wouldn’t I be better off waiting until interest rates go up?”

It’s true that interest rates are near historical lows: as of early May, 10-year Government of Canada bonds are yielding just over 1.5%, and a broad-based bond index fund like the ones I recommend in my model portfolios yield a little less than 2%. When equity returns have been so strong in recent years it’s hard to get excited about that.

It’s also hard to tune out the financial media, which is still populated by gurus who warn interest rates have “nowhere to go but up.” Since rising rates will cause the value of bonds to fall, why not just stay out of bonds until yields are higher?

The first thing to discuss is this idea that interest rates are highly likely to go up in the near future. I don’t think we can take people seriously anymore if they continue to beat this drum. We have been hearing this argument almost constantly for at least seven or eight years, and it has been spectacularly wrong. Bond yields have trended steadily downward since the end of the financial crisis of 2008-09, even as the economy has recovered. If nothing else, that should tell you that anyone who thinks they can forecast interest rates is delusional. So if you’re building a portfolio based on the idea that interest rates are certainly going to rise, you’re making a critical decision based on guesswork.

(If you want to read an actuary’s take on why there’s no reason to expect interest rates to rise, see this article by Fred Vettese, who also discusses the idea in his excellent book, The Essential Retirement Guide.)

“You need me on that wall”

If we accept the premise that interest rate forecasts have no value, we can think about bonds in a different way. Why hold bonds in your portfolio when they’re yielding less than 2%? Because most investors just don’t have the stomach to hold an all-equity portfolio. By adding bonds to your portfolio, you make it less volatile and less likely to suffer large losses during a market downturn. When an ugly bear market finally arrives, those bonds may be all that stands between you and the exits.

By their nature, bonds are a lot less volatile in stocks: a traditional bond index fund, for example, is not likely to lose more than 5% or 6% even in a very bad year, whereas that’s a bad day for stocks. So adding 20% to 40% bonds is going to lead to a smoother ride compared with a portfolio of all equities. Moreover, when stock markets fall sharply, interest rates usually go down, which causes bonds to go up in value and reduce the losses in your portfolio.

I can already hear some younger investors pushing back against this advice: they may argue that because they have many years to recover from a market downturn they don’t need to worry about short-term losses. Maybe that’s true, but let’s remember that we have been enjoying a bull market for about eight years now, and many young investors have never experienced a true market crash. Unless you lived through 2008–09, when an all-equity portfolio would have been cut in half in six months, or through the dot-com bust, when an equity portfolio saw three straight years of negative returns from 2000 through 2002, you don’t really know what your risk tolerance is. So don’t be so sure you’re you can get by without any bonds in your portfolio.

At the other end of the demographic spectrum, if you’re a retiree, you might be depressed about low interest rates and reluctant to invest in bonds, too. And you might reasonably argue that you’ve lived through many market crashes during your lifetime, so you can comfortably handle an all-equity portfolio. But I’d encourage you to rethink this idea as well.

First, if you’re drawing down your portfolio in retirement, you may no longer have the time nor the earning power to recover from a major market crash. You need some bonds in your portfolio simply to reduce your risk of large losses. And second, if you’ve been a good saver and your spending is modest, you probably don’t need to take that much risk with your retirement savings. Most people can meet their retirement income goals with a balanced portfolio that generates a return somewhere between 3% to 5%.

Bottom line: Yes, interest rates are low and if they rise, bond index funds will lose value. But for most investors they should still be a permanent part of your portfolio. 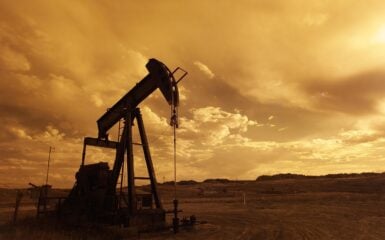