There are fewer bargains for investors to choose from, but they still win

Stock pickers use a variety of techniques when trying to outperform the market. Some seek rapidly growing stocks, others love strong price momentum, and a few are bargain hunters at heart.

Value investors are in the latter group and they are attracted to stocks with low prices compared to their earnings, book value, dividends, or some other measure of financial merit. But let’s focus here on price-to-earnings ratios (P/E) for stocks with positive earnings over the prior 12 months. Stocks with low P/Es might be dull, or even ugly, at first glance, but they have performed quite well over the long term. To get a better sense of this value segment it is useful to examine how it has changed over time.

The accompany graph divides up the Canadian stock market into four groups based on earnings. Let’s define the market as common stocks that trade primarily on the Toronto Stock Exchange with market capitalizations in excess of $100 million. Over the past 20 years to the end of October, 2016, stocks with positive earnings over the prior 12 months represented about 59% of the market (304 out of 518 stocks). That’s not too far from the 20-year average where profitable companies represented about 65% of the market. Put another way, an average of 35% of firms lost money.

The number of low P/E stocks has shifted over time

The segment of low-ratio stocks varies from year to year. They were relatively plentiful in the early part of the century, after the Internet bubble burst, and they were very abundant during the financial crisis of 2008-2009. Rapid price declines naturally push P/E ratios higher, at least in the short term. 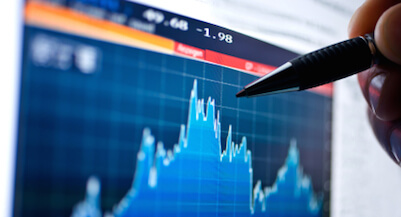 Why you shouldn't underestimate a low PE ratio

Mind you, simply buying every low-ratio stock has worked quite well. An equally-weighted portfolio of our universe of TSX-listed stocks with P/E ratios of less than 15, rebalanced monthly, gained an average of 13.8% per year over the 20-year period. The group with P/E ratios below 10 did even better with average gains of 15.6% per year. Investors who only bought stocks with positive earnings gained 11.4% annually.

All three earnings-based portfolios beat the S&P/TSX Composite’s annual gain of 7.4% per year. They also beat an equally-weighted portfolio of the stocks on the TSX with market capitalizations in excess of $100 million, which advanced 7.1% per year. (Investors can also take a more relaxed approach because the three earnings-based portfolios still outperformed the index by more than four percentage points per year when they were rebalanced annually instead of monthly.)

You can examine the full list of low-P/E stocks below. But before you do, I’d like to highlight seven low-P/E stocks with dividend yields between 4% and 5%. The mini-portfolio of high yielders starts with the Bank of Nova Scotia (BNS), CIBC (CM), and National Bank (NA). In addition, financial conglomerate Power Corp (POW) and its subsidiary Power Financial (PWF) get spots on the list. The last two members are Emera (EMA), an energy utility, and consumer-products conglomerate Dorel (DII.B). (I personally have a stake in many of these companies and other low-P/E firms.)

If an equal-dollar amount of each stock were purchased, the resulting mini-portfolio would have an average P/E of 12.1 and an average dividend yield of 4.5%. While the low-P/E portfolio is riskier than a savings account, it also pays a good deal more at the moment. They might not be glamorous, but investors should take a second look at low-P/E stocks because they have generated whopping returns over the long term.

The companies with the lowest P/E’s in Canada


Norm Rothery, CFA, PhD, is the founder of stingyinvestor.com