A 50-50 TFSA with lots of growth potential - MoneySense 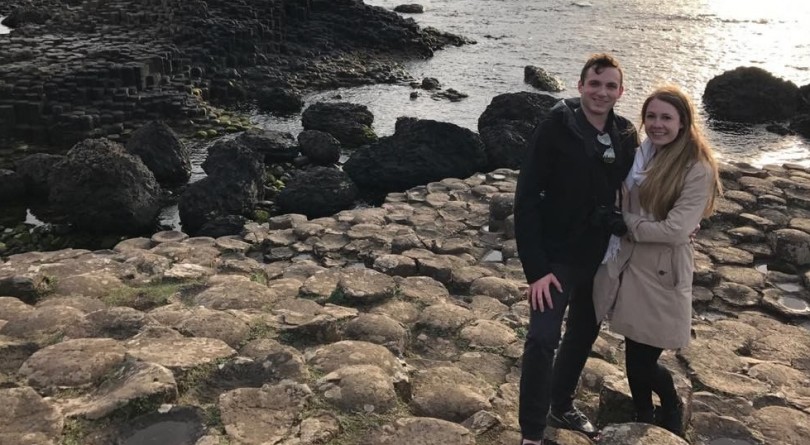 Janine Rogan is a 27-year-old accountant living in Calgary. She opened her TFSA at the age of 18 in 2009—the year TFSA contributions started. Janine was a first-year university student at the time and was working part-time throughout the year as well as through her summers. She started with $50 a month contributions and that first year, she kept her contribution in cash. “I didn’t know there was a difference between cash, ETFs, mutual funds and stocks,” says Janine. “So I learned a bit about my options and started investing in equities the following year.”

RELATED: I am 52 and just opening a TFSA. How do I start?

The following year, she invested her money in a bank equity mutual fund after talking to her bank rep and asking for guidance. “That was an okay start,” says Janine, who started with a simple savings account TFSA and then switched to direct investing in 2010. “In the beginning, I was checking the price on it quite frequently,” recalls Janine. “But after getting a bit more education on investing—both through university courses and through my own reading—I checked in on it less often.”

Her inspiration? The book “Automatic Millionaire” by David Bach. “A friend of mine lent it to me and that got my interest in investing up,” says Janine.

In 2011, Janine opened a Questrade account because the fees on her bank mutual fund were close to 2% annually—“so high. I slowly learned more about lower-cost products like exchange-traded funds (ETFs) and index funds. In the beginning, she started with three couch potato ETFs and from there she started investing in individual stocks as well for growth, including General Electric, Microsoft, Johnson & Johnson, Magna, and others. Right now, her TFSA investments are 50% in growth stocks and 50% in the couch potato 60-40 portfolio.

As for volatility, Janine says it doesn’t bother her. “I’m happy with my ETFs and growth stocks and have gotten double-digit returns,” says Janine. “The TFSA is my retirement fund so I don’t plan to touch the money any time soon.”

Of course, it’s helped Janine to have an accounting degree. “I’m able to read financial statements and run some quick investing ratios and that makes stock picking easier. I really like growth stocks but also disruptive technologies [a technology that displaces an established technology and shakes up an industry] such as Netflix.”

Her worst stock picks? Two lemons that started experiencing accounting fraud and eventual bankruptcy. “I lost under $1,000 combined but it alerted me to the fact that I should follow the management teams of my companies and ensure they are on the right track and committed to good ethical management.”

Looking forward, Janine is following both Airbnb and Uber, which she says may both have Initial Public Offerings (IPOs) in 2019. But for now, Janine is also interested in enjoying the present. She loves traveling and spending time hiking in the mountains, specifically Europe and Southeast Asia. “I also like to think I make a mean risotto and cherry pie,” says Janine. Cooking and baking—like stock picking—are obviously both right up her alley.

Tips from a pro

“Janine’s started early, educated herself and made (it seems) regular contributions throughout the life of her plan being open. She’s mostly on the right track.  The situation is one where an advisor could offer alternatives more than pick nits. In other words, there might be other ways to consider, but that doesn’t necessarily mean that what she’s been doing to date is wrong.

For one thing, if she’s young and a strong earner with this as her retirement fund, then a 100% equity allocation might make more sense than an 80/ 20 allocation. The individual securities have a pretty strong home bias here –especially after accounting for the VDY exposure.  The asset class that is conspicuously missing is emerging market equity. A modest tweak on the Couch Potato approach, perhaps replacing her Vanguard FTSE Can. High Dividend Yield Index ETF  (VDY) with some units of the Vanguard FTSE Emerging Market All Cap Index ETF (VEE)  could be a reasonable consideration.

Although I’m no fan of stock picking in general, if Janine does her due diligence before buying and promises not to trade in an overly-aggressive manner along the way, her approach seems acceptable on that front, too.  Obviously, if she were to trim any of her individual equities, they could be re-positioned into emerging markets just as readily as an ETF.”