Top up your TFSA now, while you still can 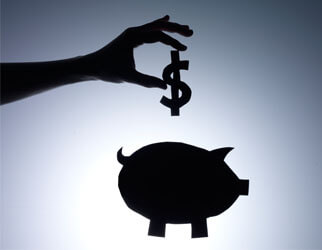 At least one of Canada’s big banks is giving clients the go-ahead to top up their Tax-Free Savings Accounts by the extra $4,500 amount specified in Tuesday’s federal budget.

CIBC Wealth’s Jamie Golombek says the Budget included draft legislation that allows for an increased TFSA dollar amount for 2015 to $10,000, up from $5,500, the current 2015 TFSA dollar amount. But critically, he added:

“We have received confirmation from the Canada Revenue Agency that, while the legislation is subject to Parliamentary approval, consistent with its general approach for proposed income tax changes, it is administering the measure on the basis that $10,000 is the new TFSA annual contribution limit. Clients may therefore proceed to contribute to their TFSA based on this proposed law.”

On Wednesday, the Hub ran a blog (since updated) that suggested investors contemplating such a purchase hold off a few days, pending comment from the Canada Revenue Agency and Department of Finance. When I made inquiries at my friendly local financial institution (RBC), I was initially dissuaded from this course. I was told I could do the transaction at the discount brokerage but it would be at my own risk until the proposal is formally enshrined in legislation later this summer.

In the original blog, Golombek said that “in the event the legislation is not ultimately finalized, in my view, it is unlikely that the CRA would penalize taxpayers for acting on draft legislation.”

This morning, I pressed Golombek further with these questions:

JC: So CIBC is saying we can proceed with the extra contribution now? Even if it got reversed, what would the worst-case consequences be? 1% per month on $4,500?

JB: Yes. If the draft rules aren’t finalized, in CIBC’s view, it is unlikely that the Canada Revenue Agency (CRA) would penalize taxpayers for making these additional contributions.

After the first version of yesterday’s blog was published, I had an email and Facebook exchange with pensions expert @SherylSmolkin of the RetirementRedux website.

Even before the CRA’s clarification via Golombek, Sheryl said she and her husband planned to make a $4,500 additional TFSA contribution now. Here’s what she said on Facebook:

“Majority government. It will pass for sure. I say make the transfer now.”

Based on Golombek’s statements above, it appears that while possibly risky to those wary of CRA recriminations, the likelihood is minimal that Canadians will be severely punished by the agency in the event of the measure being revoked after an election that removed the Conservatives from power.

It occurs to me that maybe we should all follow Sheryl’s lead and contribute the $4,500 now. Can you imagine the furor if the 10 million or so Canadians already with TFSAs were confronted with punitive retroactive penalties and interest?

I made this transfer myself this morning (in-kind, see bottom of blog for details), as well as my spouse.

It seems clear from the second-day newspaper coverage of this, that super-sized TFSAs are shaping up to be an election issue. The opposition parties appear bent on reversing the TFSA expansion. In particular, Liberal leader Justin Trudeau has vowed to reverse it if he wins power. Read Garr Marr’s (@dustywallet on Twitter) piece on possible TFSA lifetime caps in the Financial Post.

Some of the “Double Trouble” reports in February talked about a lifetime $800,000 cap as a possible future measure but Garry’s piece mentions a much lower $100,000 cap, which would be ridiculous, given that many TFSAs have grown past that amount based just on the $5,000 and $5,500 limits already in place. MoneySense’s annual Great TFSA Race feature was showcasing individuals with $200,000 or $300,000 TFSAs more than a year ago.

Heck, once upon a time we had a $100,000 lifetime capital gains exemption which most Canadian Baby Boomers were deprived of just as they were starting to build non-registered wealth. And not to mention, the annual hassle of computing capital gains tax liability for preparing tax returns this time of year.

I once wrote an editorial in FP Comment explaining how TFSAs really just eliminate double or even triple taxation (first, income tax to come up with the capital in the first place; then annual taxes on interest, dividends and capital gains associated with what’s left of that capital, and arguably a third round of tax called consumption taxes [HST] once the remaining money is eventually spent on goods or services.)

Remember, the original name for TFSAs was “Tax Pre-Paid” Savings Plans. The Liberals and NDP don’t need to get voters riled up over the poor government being deprived of tax revenues for their wealth redistribution schemes. Ottawa gets its tax hit right upfront with TFSAs, and will eventually get a second whack when the money is spent. Seems good enough to me!

Also, remember that if—as outlined above—near-retirees and seniors start to convert non-registered savings in droves in order to fund these super-sized TFSAs, that will be a fantastic source of revenue for Ottawa. Every time you trigger a capital gain in order to move securities from taxable accounts to the TFSA, the cash register rings in Ottawa.

Ottawa will also reap a tax bonanza as seniors start doing the same with their RRSPs and RRIFs. Trudeau may say that “only the rich” have $10,000 lying around to fund TFSAs but seniors have much more than that in RRSPs, RRIFs and taxable accounts and need to move those funds into TFSAs just as soon as they are permitted to do so.

Why TFSAs upset the “left”

But the piece I really think TFSA believers need to push today on social media is by the Post’s @KellyMcParland. My Twitter feed is buzzing with the article entitled,”Harper’s winning the wallet war.” I highlighted in particular the sentence below. (Kelly is a feisty guy: I used to play hockey with him and he was a tough customer in the corners, let me tell you!)

“TFSAs upset the left because they violate the notion that governments are responsible for people, rather than the people themselves.”—Kelly McParland, National Post

Consider transfers in kind and taking a one-time tax hit

Of course, even if you don’t fear CRA reprisals, coming up with the $4,500 at tax time is another issue, if an ironic one, depending on whether you expect a tax refund or have to pay taxes for the looming tax filing deadline. Keep in mind that you don’t have to fund TFSAs with new cash: if you have significant non-registered investments you can “transfer them in kind” into the TFSA.

This may and probably will entail tax consequences (chiefly capital gains) for securities that have appreciated over time. Ironically, not crystallizing capital gains has been a sort of tax shelter of its own but to transfer them into a TFSA (or indeed an RRSP) it will be deemed a disposition for tax purposes. Ideally, you find securities that are close to their original purchase price, or find pairs of securities where gains in one offset losses in another.

The great thing, however, is that by taking that tax hit once, the transferred securities will generate dividend and interest income in the future that is almost totally tax free for the rest of your life.

Incidentally, I found the whole process relatively painless at my discount brokerage, although the in-kind transfer is not easily accomplished online: you may need to talk to a representative, as I did.

I’m curious whether readers intend to contribute the extra $4,500 now or plan to wait until the coast is 100% clear?

Feel free to leave a comment below, or email me at [email protected] for possible inclusion in further blogs or columns.