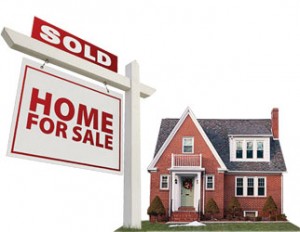 OTTAWA – The Canadian Real Estate Association raised its home sales forecast Monday on the back of stronger than expected sales in recent months after a slow start to the year.

The association said sales through its Multiple Listing Service are now expected to total 475,000 homes for 2014, up from a June prediction of 463,400.

The new forecast would mean sales would be up 3.8 per cent compared with 2013.

The association said the frigid winter delayed the start to the spring home buying season and helped boost sales in May and June.

“Although this boost was and still is expected to be transitory, sales have yet to show signs of cooling as activity strengthened slightly further over the summer,” CREA said in its updated forecast.

“The increase reflects continuing strength in home sales among large urban markets that initially drove the spring rebound together with gains in markets where activity had previously struggled to gain traction. Lowered mortgage interest rates supported this trend.”

The higher forecast came as CREA said that sales through its MLS system in August were up 2.1 per cent compared with a year ago as sales were up in just over half of all local markets, led by Vancouver and Calgary.

Compared with July, sales were up 1.8 per cent.

The national sales-to-new listings ratio was 55.5 per cent in August, up from 53.9 per cent in July, within the 40 and 60 per cent band that CREA uses to mark a balanced market.

The number of months of inventory stood at 5.8 months at the end of August, down from six months in May, June and July.