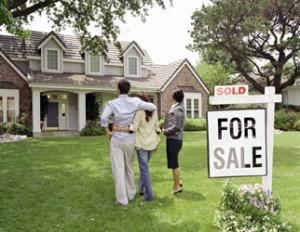 An excerpt from the updated MoneySense Guide to Investing in Real Estate:

When John Wilson made an offer on Cathy Smith’s house, he quickly learned an important lesson. Cathy accepted his offer, and John cut her a $30,000 cheque as a deposit. But when closing day arrived, the money was gone. Cathy had gone shopping. Worse still, she’d fallen behind on her mortgage payments, taxes and other household bills—bills that can become a buyer’s problem if he’s not careful. It took seven months to sort out the mess. John eventually ended up with the house but any potential profit he’d hoped to gain by flipping it disappeared like smoke up the chimney. His big mistake: He made out his deposit cheque directly to Cathy, rather than to a trustworthy third party to hold until the deal was sealed.

Cathy and John are fictitious names but their story is real. Calgary lawyer Jeff Kahane sorted out the mess. He’s got dozens of similar tales of house buying gone bad. Almost always, the problems trace back to one thing: the offer to purchase. Prospective buyers can spend hundreds of hours looking for that perfect property. When they find it, they get caught up in the emotion and fall into all kinds of traps, not the least of which is failing to protect themselves and their investment by drawing up a fail-safe contract.

“The impression that I get is many people view the offer to purchase as a standard form to get a house. But it’s a legally binding contract and has implications to it,” says Kahane. “A house is a very emotional purchase. Mostly what’s running through people’s heads is, ‘When do I get the keys?’”

HOW MUCH SHOULD YOU BID?

The first decision you have to make upon finding a home that’s right for you is whether to offer the full amount of the listing price. The answer? It depends. “The listing realtor may overvalue a property and sometimes they undervalue it” as part of a sales strategy, says long-time realtor Sano Stante, president of the Calgary Real Estate Board. Knowing the market is key to getting a home for a fair price. That means pulling recent sales of homes in the area for comparison. Then, decide on the maximum amount you’re willing to pay and open the negotiation somewhere below that. How far below depends on how much you think it’s worth, and how much interest there is from other buyers. “Determine fair market value regardless of the list price. That’s what you should base your offer on,” says Stante.

It also doesn’t hurt to pay attention to clues that might give you bargaining power, such as whether the property is occupied, or hints inadvertently dropped by the listing agent. “Try to get as much information as you can, and not give too much information. Some agents will tell you too much, to be honest,” says Toronto agent Elli Davis. “You have to have a good ear.”

The seller’s agent will certainly let you know if you’re up against another buyer or buyers, because competition between buyers helps drive up the price. In this situation, timing can be as important to winning as offering the higher amount. “You want to act expediently. Don’t delay,” says Stante. In a bidding war there is usually no negotiation; buyers put forward their best and final offer. That means coming up with a number you’re prepared to pay, even if it’s over the list price. It can also mean making concessions on items like possession dates.

“There are an infinite number of scenarios,” adds Stante. “You often have to be aggressive.” But aggressive doesn’t mean abandoning common sense. If there’s no opportunity for a pre-inspection of the property, think hard and carefully about whether you’re prepared to buy the house without the advice of a professional. “Some people really dress up their homes,” says Davis. “I think it’s nice for people to clean up their house—but beware of things they might be trying to cover up.”

GETTING IT IN WRITING

Once you’ve decided on the amount, you have to present a written document to the seller. Here’s where agents can really earn their commissions, acting as facilitators, intermediaries and advisers. Your agent will draw up an offer sheet that you’ll have to sign. If you don’t have an agent, you can obtain a standard offer form from a real estate lawyer or website and fill in the details. These specific aspects of your offer include the purchase price, the deposit amount, the dates you plan to pay the balance (known as “closing”) and move in (known as “possession”), and any conditions (often called “subjects”) you attach to the sale.

“If you have too many conditions in the offer then you have a lot of hurdles to cross,” says Len T. Wong, a broker in Calgary. In most cases, the offer should be subject to a home inspection and financing if the required mortgage amount is not already approved. Deals can sometimes go sideways when a buyer and seller disagree about what constitutes a major defect (something the seller’s expected to fix), so include in the offer a maximum dollar value for the cost of a fix that you can live with.

No one wants to drag out the haggling, so it’s reasonable for a buyer to ask for a response to the initial offer within six to 24 hours. But expect some negotiation. The seller may come back to you with a counteroffer, and you respond with an amended offer (possibly the same document, with new dates or numbers written in and initialed), until you reach terms both sides agree on. Or you don’t, and move on.

You should also have a deposit ready at this time, as you’ll need to pay it as soon as the offer is accepted. It doesn’t have to be large, although a heftier deposit can beat competing offers. (But beware: if the deal falls through, your deposit can be held for up to seven business days.)  On lower-end homes it might be 5% of the purchase price, enough to cover the selling agent’s commission; a lower percentage is acceptable for more expensive homes. The cheque should always be made out to a third party (either the selling realtor’s trust account or the seller’s lawyer) so it can be held until closing—a lesson John learned too late. Usually it’s deposited after a seller accepts the offer and the buyer removes all conditions to the offer. At closing, the deposit will be deducted from the total purchase price.

The standard real estate contract typically contains wording that cancels the deal if the title is not clear, but you can check the municipal registry on your own (there may be a charge) or have your agent do it to make sure to spare yourself trouble later. Meantime, a survey or real property report should be provided by the seller, and written into the contract if the terms in the standard form don’t already address it.

In his years of practice, Kahane has seen furnaces taken, carpets removed and appliances swapped out for lesser quality ones prior to closing. When a purchase contract details the terms, the buyer has legal recourse if the seller doesn’t uphold his or her end of the bargain.

Many buyers encounter problems post-contract with issues like legal title to parking stalls, or are surprised by special assessments levied because the minutes of the condominium board weren’t reviewed prior to purchase. When buying a condo or townhouse, ensure the purchase is subject to review and approval of condo board documents and don’t waive those conditions until you’re satisfied all is well (see “How to Buy a Condo” on page 28 for more on that).

“Until an offer is accepted, you can cancel it,” says Kahane. “But once you waive conditions, you have a legal obligation and you’re on the hook for losses incurred by the seller” should the deal not be completed. — SUZANNE WILTON