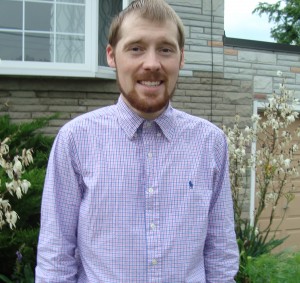 The book argues in particular that “the foundation of financial independence is a paid-for house.”

Cooper apparently took this message to heart because by the end of September, he plans a mortgage-burning party to celebrate his long-awaited goal of mortgage freedom: five months before he turns 31.

Here’s an email Q&A I conducted with Sean recently to show other millennials (as well as baby boomers) that a) financial independence can be achieved early in life and b) how it can be done.

JC: Congratulations, Sean, when did you buy the house and how long did it take you to pay it off?

JC: What was your interest rate and what did you do to accelerate the pay down?

SC: I chose a 5-year fixed rate mortgage at 3.04 per cent with First National. To accelerate the pay down, I made annual lump sum payments of 15 per cent, increased by payment by 15 per cent every year and doubled-up my payments.

JC: Did you also use weekly or biweekly payments on top of lump sum annual prepayments?

SC: I made accelerated weekly payments. I maximized my prepayment privileges every year. I was able to do this from extra income I earned from renting out the upstairs of my house and my career as a financial journalist and personal finance expert.

JC: What motivated you to do this?

SC: I was inspired to pay down my mortgage so quickly to achieve financial independence. I wasn’t comfortable living with 6-figure debt hanging over my head for the next 30 years. I saw how much my single mother struggled to pay down the mortgage when she was laid off during the financial crisis. Although I probably could have gotten a better return investing, I like the guaranteed rate of return debt repayment offers. If you lose your job you can stop investing; however, if you stop paying your mortgage, the bank will foreclose on your house.

JC: What’s your next milestone in financial independence?

SC: My next goal is to achieve a million dollar net worth by my mid-thirties. I’d also like to achieve a better work-life balance. I’ve been working 80 hours or more the last three years. Although I’m going to continue to write for extra income, I want to scale that back and concentrate on my personal life. My next life milestone is to get married. Now that I have achieved financial independence, I have the financial freedom to do that.

JC: Do you equate being out of debt with financial independence? How do you define FI?

JC: You mentioned your next goal is $1 million net worth. Would such an amount generate enough dividend income to live on without having to take employment income?

SC: As I mentioned, my rental income is already enough to cover my household expenses. However, the dividend income would be a nice cushion to live off of, while continuing to save for retirement.

JC:  What age do you want to retire in the traditional sense? i.e. No longer earning income?

SC: I plan to continue to work in some capacity for the rest of my life. Even when I leave the 9-5 grind, I will continue to freelance write as long as I enjoy it. Once I have more time I would like to volunteer and pursue other interests I haven’t had time to do while I was working.

JC: Do you have plans to travel extensively?

SC: I’ve always wanted to travel. Now that I am financially independent I can. Places I’d like to visit include Vancouver, New York, Chicago, U.K., France and Amsterdam.

JC: Sean, you have worked in the pension industry and have written about defined benefit (DB) pensions. Can you comment on the millennial generation and the odds any will collect a DB pension like the Boomers’ parents did and a few fortunate boomers? Do you see pensions as one part of the FI mix or FI as an alternative to traditional pensions?

SC: If you have a workplace pension, consider yourself lucky. With less than a third of the workforce with the luxury of a workplace pension plan, the likelihood of you collection a pension is slim. If you want a decent retirement, you’ll need be financially disciplined and save your money in RRSPs or TFSAs. I see a pension as part of the FI mix for anyone who has one. For everyone else, it’s up to you to save your money or be prepared for a bleak retirement.

JC: What is your asset allocation and what do you suggest for most millennials? What do you think of robo advisers?

SC: I invest in the TD e-Series index funds. I’m invested in 90 per cent equities (a third in Canadian, U.S. and international) and 10 per cent Canadian bonds. I’m investing more aggressively since I have a defined benefit pension plan and my retirement is a long ways away. I haven’t used robo advisers, but I might consider them once my investment portfolio grows.

Jonathan Chevreau runs the Financial Independence Hub and can be reached at [email protected].