Common law is not the same as married

No rings on your fingers, no bells on your toes, Prepare to have money whenever you goes! 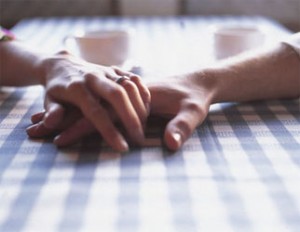 So I’m sitting in a meeting one day with a bunch of women who are trying to convince me that in Canada common-law is the same as married.

Me: It’s not.
Them: Yes it is. The government changed the rules.
Me: Really, like the rule around the matrimonial home?
Them: Yes! Exactly!
Me: Not so much ladies. You might want to rethink your plan.
Them: (Stunned silence)

Lest you are under the impression that living together is the same as married, here I come with my very long, very sharp pin to burst your bubble. While there have been changes made to the laws, it’s still not the same as being married.

The first thing you need to know is that family law is a provincial affair. So, for example, if you live in BC you can claim spousal support if you’ve lived together for at least two years or have a kid together. In Ontario, you’ll have to have cohabited for three years.

Second, don’t assume that as soon as you move into the house together it’s 50-50.

Common law mates don’t have the same financial and property rights as those who have tied the knot. That makes it easy if you want to split up and go your separate ways without untangling the knot. But you better keep good records of what you brought into the relationship, and who paid for what, so you can take what’s yours when you’re heading your own separate ways.

You can create a cohabitation agreement that outlines what will happen if your move-in turns into a move-out. The document you both sign should make clear who stays and who leaves along with how often you’ll get to see the cat.

For sure, you must keep your own financial identity. That means having your own savings, credit (so you’re building a history, not going into debt) and financial goals. And don’t sign for the other’s debt, ever. This is true whether you’re married, cohabiting or just friends with benefits.

Don’t assume the law will protect you. That’s like assuming a bank wouldn’t lend you more money than you could afford to repay…and we’ve seen where that’s gotten us. It’s your job to protect yourself.