The facts on spousal RRSP withdrawals

Of all the issues regarding spousal RRSPs, perhaps the least understood are the rules regarding withdrawals 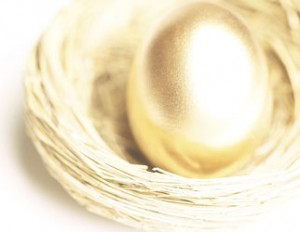 Rule #1: Only the planholder may take money out of a Spousal RRSP.

Rule #2: The tax on withdrawals from a spousal plan will be taxed in the planholder’s hands only if no contribution has been made to ANY spousal RRSP in the year of withdrawal or the two preceding calendar years.

If a contribution of any kind has been made during the year of withdrawal or the two preceding calendar years, anything contributed in that three-year window will be taxed in the contributor’s hands.

If someone tells you the spousal rule is based on anything other than “calendar” years, they’re wrong. If they tell you that it’s okay to make your own contribution to your spousal plan because it’s all the same thing anyway, they’re wrong. And if, when you transfer assets from one institution to another, they try to co-mingle individual and spousal RRSP money, don’t let them.

• if the contributing spouse dies in the year of the withdrawal
• if you or your partner are non-residents when the funds are withdrawn
• if you and your partner are living separate and apart at the time of withdrawal because of a relationship breakdown, or
• if the spousal RRSP funds are:
– transferred to another spousal RRSP,
– transferred to a Registered Retirement Income Fund (RRIF) and only the minimum amount is withdrawn, or
– used to purchase a life annuity or term certain annuity to age 90 or registered pension plan, provided the plan can’t be commuted for three years.