Banks warn that using aggregators like Mint can void your protection against fraud. 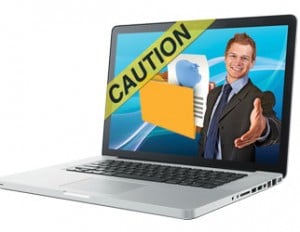 The allure of financial aggregator sites like Mint.com is easy to grasp: they let you pull together all of your bank, credit card and investment information in one place, which makes it much easier to see the big picture. But the federal government’s Financial Consumer Agency of Canada recently warned that by disclosing your passwords to such sites, you might be nullifying an important agreement with your bank that covers you in case of fraud.

When MoneySense contacted the big five banks about the issue, they confirmed that this is the case. “By requiring bank customers to divulge their confidential access codes and passwords, Mint.com is inducing breach of contract between Scotiabank and its banking customers,” said Scotia’s Joe Konecny. CIBC’s Rob McLeod was equally blunt. “You are responsible for any losses from any use by a third party that provides an online account aggregation service.”

Intuit-owned Mint.com claims its service is as safe as the banks’ own websites. “The real reason banks don’t want people using Mint.com,” says founder Aaron Patzer, “is because it provides transparency into the fees and other practices some banks engage in.”

Toronto IT lawyer Gil Zvulony believes eventually Canadian banks will learn to work with Mint, but in the meantime, he advises consumers to play it safe. “If there is fraud on your account, even if it’s not related to Mint or another aggregator site, there is still a potential that the bank will deny you fraud protection.”