Am I on track to retire after being laid off?

Coleen is single and lives in Kelowna, B.C., where, until recently, she was a manager at an insurance company. When her branch was closed in January, she received a severance package. Now, she plans to retire in December, when she turns 55, but she isn’t sure if she has enough to allow her to live on $60,000 a year. Currently, she owns a home worth $680,000 but owes $144,000 on a line of credit. She also has RRSPs and other assets worth $832,000. These investments have given her a 10% annualized return over the last few years. “I do a lot of my own investing and have a passion for it,” she says, adding that she’s been able to supplement her gross income by $500 a month using dividends from her portfolio. “It’s enough to pay the groceries,” says Coleen, who’s using her time out of the workforce to get into a new fitness regimen. She plans to claim her CPP at age 60 and collect OAS at 65, as well as $5,400 annually from a small company pension. Any extra income will have to come from her portfolio. “I plan to stay in my home for the next 10 years then downsize to a condo. I need to make my money last.”

According to Janet Gray, a financial planner with Money Coaches Canada in Ottawa, Coleen is not on track to retire at age 55. Not if she wants to have $60,000 each year in income. “Longevity is on the rise, so her money needs to last until she’s at least 100,” says Gray. “If she sells the house at 65 and downsizes to a condo for $350,000, and collects CPP at age 60 and OAS at 65, her money will run out at age 91. That’s risky for her and I wouldn’t recommend this scenario.”

But Coleen can easily retire at age 55 if she modifies her expectations a bit, says Gray. By sticking to her plan and lowering her net annual income requirements to $45,000, her money would last well past 91 and right up until age 100. In fact, she could safely retire, right now. “She has a keen interest in maintaining her health and plans only minimal travel, so I think she’d be able to live well on a modified annual income,” suggests Gray. Still, if Coleen is sure she’ll need $60,000 a year in retirement income, she’ll have to work five more years to ensure her money lasts. Of course, says Gray, “the choice is ultimately up to her.” 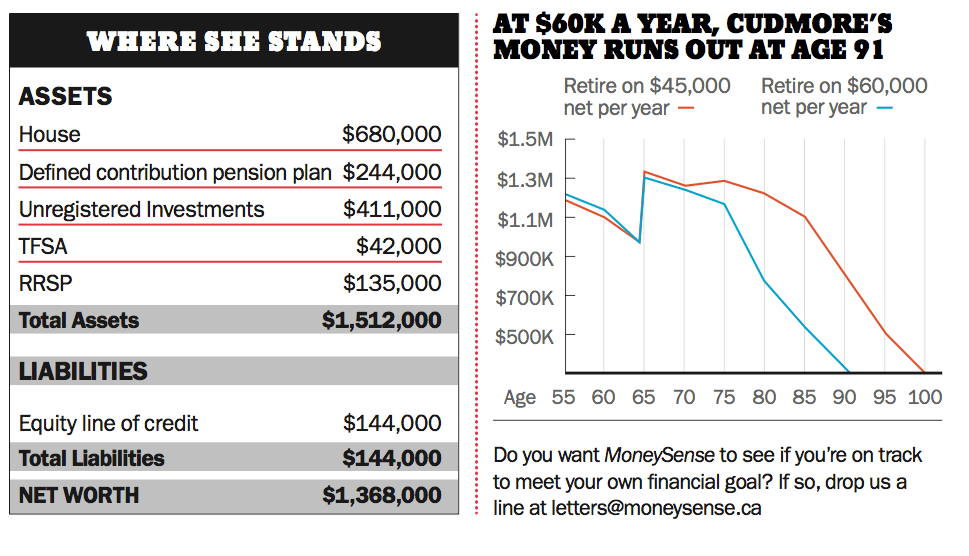 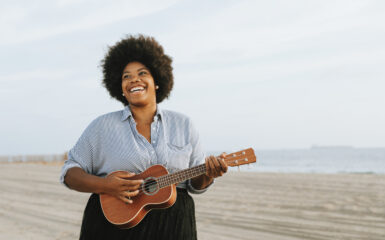 The power of a last will and testament: How your final wishes can make an impact

You can use bequests—possessions, sums of money and percentages...

Read The power of a last will and testament: How your final wishes can make an impact