Call it the fixed-income quandary. Your investment-grade fixed income doesn’t yield much anymore. And the capital gains you enjoyed when interest rates were falling have pretty much dried up. But you still need a sizeable load of them for the stability it provides your portfolio. Think of it as the ballast in the hold of your equity-powered racing schooner that will help keep it from capsizing during the next storm.

While there is no escaping this dilemma, you can still make the most of these frustrating but necessary investments by choosing them wisely. You can enhance yields modestly with little added risk by going more for investment-grade corporate bonds than government bonds, or by picking higher-yielding GICs offered by small institutions, and by keeping investment fees low. You should also go for a long-enough term to generate some yield without making yourself too vulnerable to potential rises in interest rates.

Remember that fixed-income holdings play defence for your portfolio. The core of these holdings needs to be in investment-grade corporate and government bonds (those rated BBB or higher by major credit rating agencies) or GICs covered by government deposit insurance (with credit risk equivalent to government bonds). You can probably enhance yield a little without too much risk by taking on a small amount of high-yield debt (below BBB), but my advice is keep these “non-core” investments to 10% or 20% of fixed income at most if you’re moderately conservative and avoid the riskier end of the high-yield spectrum. Expect high-yield debt to fall in value more like equities when stock markets sell off.

Your main choices for core fixed-income holdings are between active bond mutual funds, passive bond ETFs or GICs. With interest rates so low, it is important to be stingy about fees no matter which way you decide to go.

For do-it-yourselfers, low fees give passive ETFs an advantage over the average active investment-grade bond mutual fund. “It is hard for active managers to add value in fixed income, especially in the mutual fund space where you are sometimes adding 60 to 80 to 100 basis points or more in fees,” says Jeffrey Bunce, Manager Research Analyst at Morningstar Research, Inc. Active managers can add some value by adroit buying or selling of mispriced bonds, but it’s tough to make enough of an impact to offset a big fee disadvantage. Do-it-yourselfers can improve their odds with an active approach by going with proven top-notch mutual funds with relatively low fees.

As the accompanying table above shows the broad-based Canadian bond mutual funds with the highest Morningstar analyst ratings have achieved 10-year annualized returns that were pretty similar to 10-year returns achieved by the iShares Canadian Universe Bond Index ETF.

Active managers may also have a better chance to add value during challenging times like a credit crisis or if interest rates start to take off, says Bunce. If you invest through an advisor, total fees for bonds vary widely whether you go active or passive–and passive isn’t always cheaper. 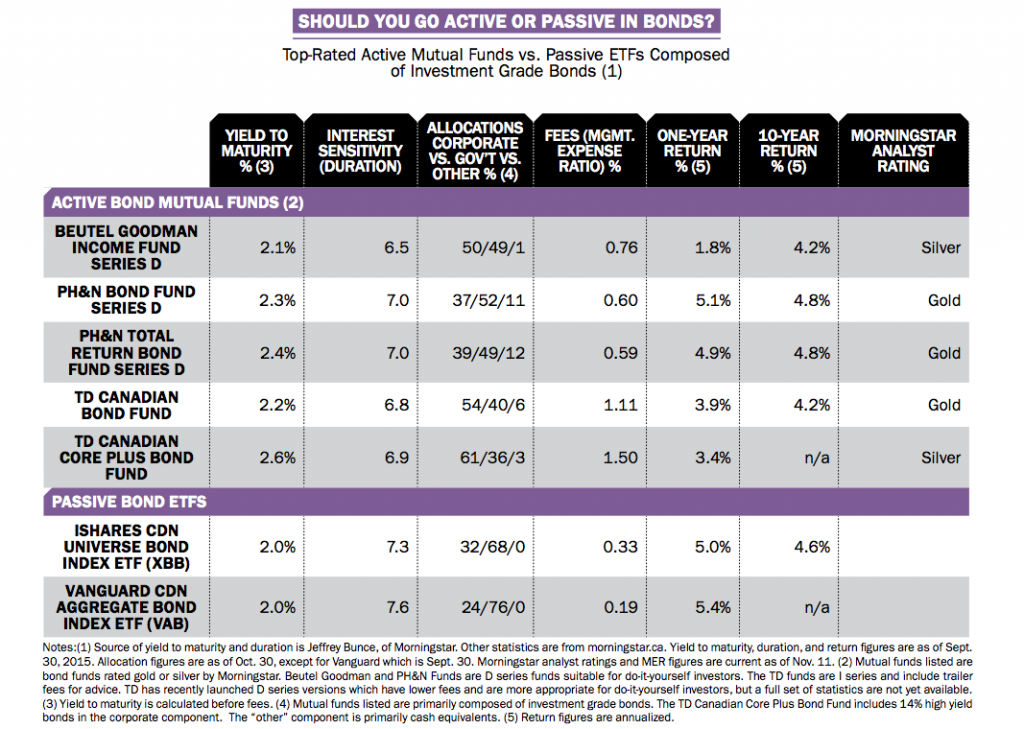 One good option that is often overlooked for fixed income is GICs. These days the best five-year GIC rates are much better than yields for government bonds of comparable term and similar to what you might get for A-rated corporate bonds held in an ETF.

With GICs, unlike mutual funds and ETFs, you don’t have to be concerned about buried fees being deducted from your investments. “The rate we post, that’s the rate you get,” says Bill Ritchie, president of deposit broker GICdirect.com Financial Services Ltd. of Victoria. GICs come with negligible credit risk if you stay within government deposit insurance limits ($100,000 for federally regulated institutions, but unlimited for provincially-regulated credit unions in certain provinces such as B.C., Saskatchewan, and Manitoba, says Ritchie).

The key is shopping around: You won’t get much yield if you just take your bank’s posted rate. Instead, many advisors and brokers tap into deposit networks to offer a broad menu of GICs from smaller institutions. The best five-year rate offered in mid-November by GICdirect.com through 150 small financial firms across Canada was 2.4%, which compares to only 1.5% offered by the big banks. GIC issuers pay financial advisors or deposit brokers a one-time fee of about 0.25% per year of term, says Ritchie. You can get a slightly better rate (2.5% when the comparison was done) by going direct to certain GIC issuers, but you will need to comparison shop yourself. GICs also come with two major shortcomings. The first is that they are not generally cashable before maturity (with certain exceptions such as the death of the GIC owner, says Ritchie). The second is that you generally can’t go longer than five years with GICs covered by deposit insurance.

If you decide to go with bonds, you can improve your yield significantly without adding much risk by skewing your holdings more towards bonds issued by blue-chip corporations rather than governments. That provides you with a yield premium (or “spread”) over government bonds of comparable term, which is high by historical standards. “Single A corporate bonds —including some banks and pipelines—on average are about 175 basis points (1.75 percentage points) over Government of Canada bonds and that’s the highest since the 2008 crisis,” says Chris Kresic, senior partner and head of fixed income with the investment firm Jarislowsky Fraser Limited.

The Canadian investment-grade bond market is heavily weighted to government issues—roughly two-thirds to three-quarters depending on the index—simply because governments issue a lot more debt than blue-chip corporations. Most active managers tilt their fixed-income portfolios more towards corporates. For instance, Kresic’s firm might invest about three-quarters of a typical high-net-worth client’s fixed income in “quality” investment-grade corporate bonds from companies they believe to have capable management, solid balance sheets and stable cash flows. Still, it’s a good idea to have some top-rated, low-yielding government bonds. Think of it as a kind of “the-world-is-falling-apart insurance,” says Kresic.

If you’re a passive investor who doesn’t want to get stuck with the heavy government bond weightings in the broad bond market indices, you can put some money into investment grade corporate bond ETFs like the iShares Canadian Corporate Bond Index ETF (XCB), or the RBC Global Asset Management corporate bond ETF series RQD to RQI.

A term for interest rate risk

You can earn a little bit more yield by taking on longer maturities, but longer terms are also more sensitive to rising rates if that should occur, so there is a trade-off to make. (Bond prices and interest rates are like two ends of a teeter-totter, with bond prices falling when interest rates rise.) To assess interest sensitivity, you need to look at a measure called duration. It tracks the percentage change in the value of your bonds from an inverse one-percentage, one-time, across-the-board change in interest rates.

Duration helps put the risk of rising rates in perspective. Most experts believe interest rates will eventually rise from current historic lows. But with a weak global economy, dramatic jumps seem unlikely. If interest rates were to rise by one percentage point across the board and your bond portfolio had a duration of 7, that means you would expect the value of your bonds to decline by 7% (albeit with a higher yield going forward).

If you’re approaching retirement age, you need to have a good strategy for drawing cash flow from your portfolio after you’ve retired. Beware of the risk of suffering big capital losses in the first few years of retirement and then being forced to sell investments at beaten-down prices to provide cash flow to live on. One strategy to avoid this is to create a five-year ladder of bonds or GICs by staggering the maturities. Interest income provides some of your cash needs and if your stocks are performing poorly, you can draw further cash flow needs from that year’s maturing bonds or GICs and leave stocks untouched. While GICs are great for laddering, typical bond ETFs aren’t so well suited. Fortunately, RBC has created a series of well-diversified investment-grade corporate bond ETFs designed expressly for laddering. You simply buy a different ETF in the series (tickers RQD to RQI) for each successive year from 2016 to 2021. Each ETF is designed to mature and then pay out in November of each respective year.

There is “coupon yield,”“current yield,” “trailing 12-month yield” and “yield-to-maturity,” all of which produce different numbers. So it’s easy to get confused.

While I’ll define each in a minute, the only one that provides a complete picture is “yield-to-maturity.” Let me explain why with an example: As interest rates have fallen the last few years, higher yields from bonds issued a few years ago look attractive. So their price has been bid up far above their face value (or “par” value, typically set at $100).

Recently you could have bought a Government of Canada bond maturing in approximately 8 ½ years for $108.15. It provided a “coupon yield” (annual coupon payments as a percentage of the par value) of 2.5%, which sounds relatively good in isolation. But when the bond matures, you only get back the “par” value of $100. So over time the value of the bond must fall until, at the moment of maturity, it’s only worth $100, resulting in a capital loss.

Yield-to-maturity measures the complete picture by incorporating not only the value of the coupons, but also the purchase price, the lower redemption value at maturity and the time remaining until maturity.

The yield-to-maturity of the bond in my example was 1.48%, far lower than the coupon yield. (Technically, here is another way to look at the valuation: The yield to maturity is the discount rate that equates the present value of the bond’s cash flows to its current price.)

Unfortunately, in the current environment where most previously issued bonds trade above par, the measure that provides the complete picture for yield is also the one that typically gives the lowest number. 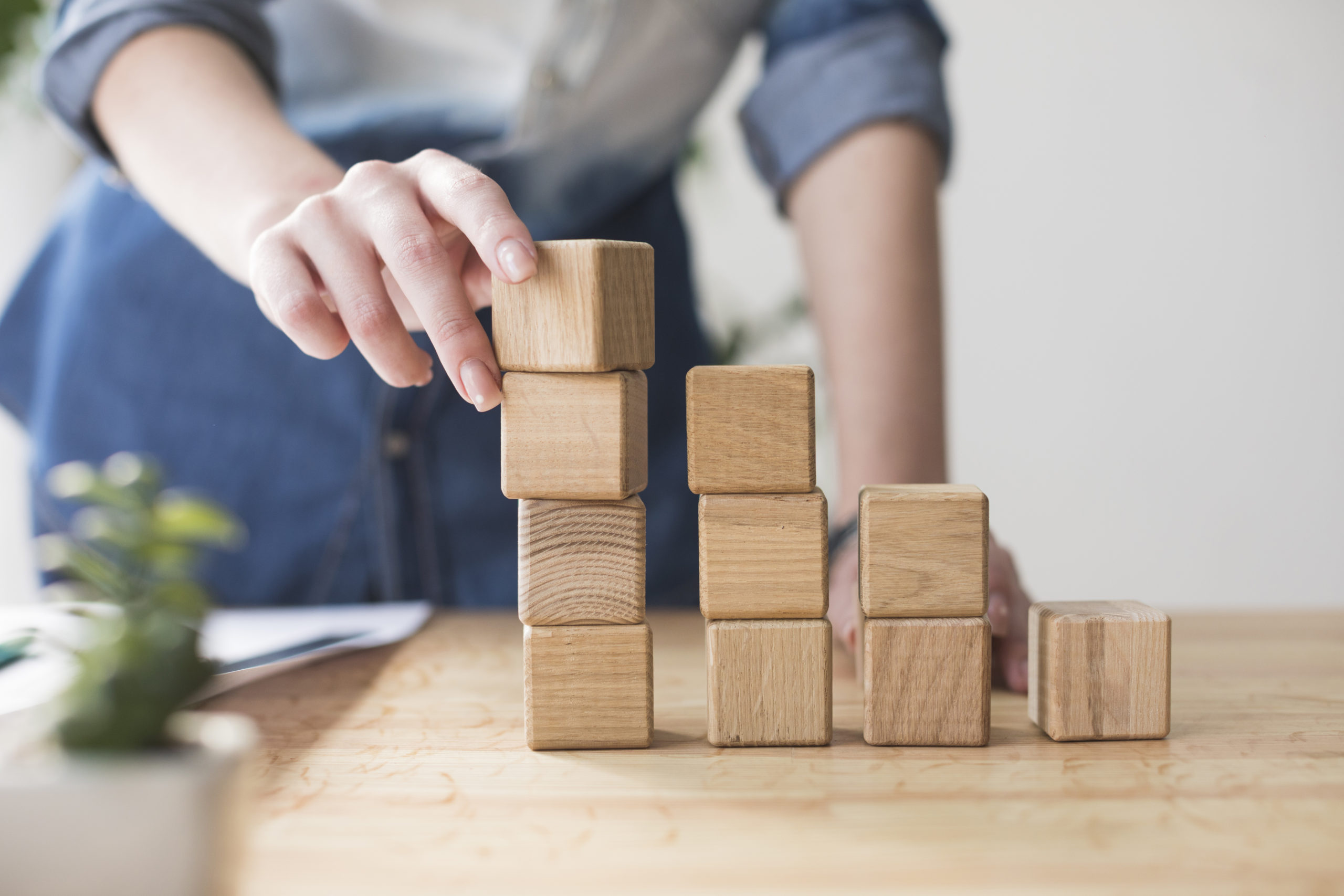 For Canadians who are comfortable doing most of their... 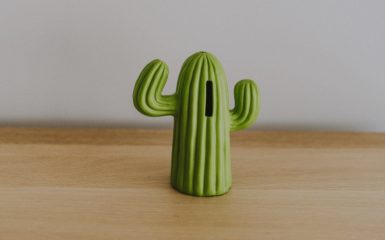 Wondering if GICs have a place in your savings... 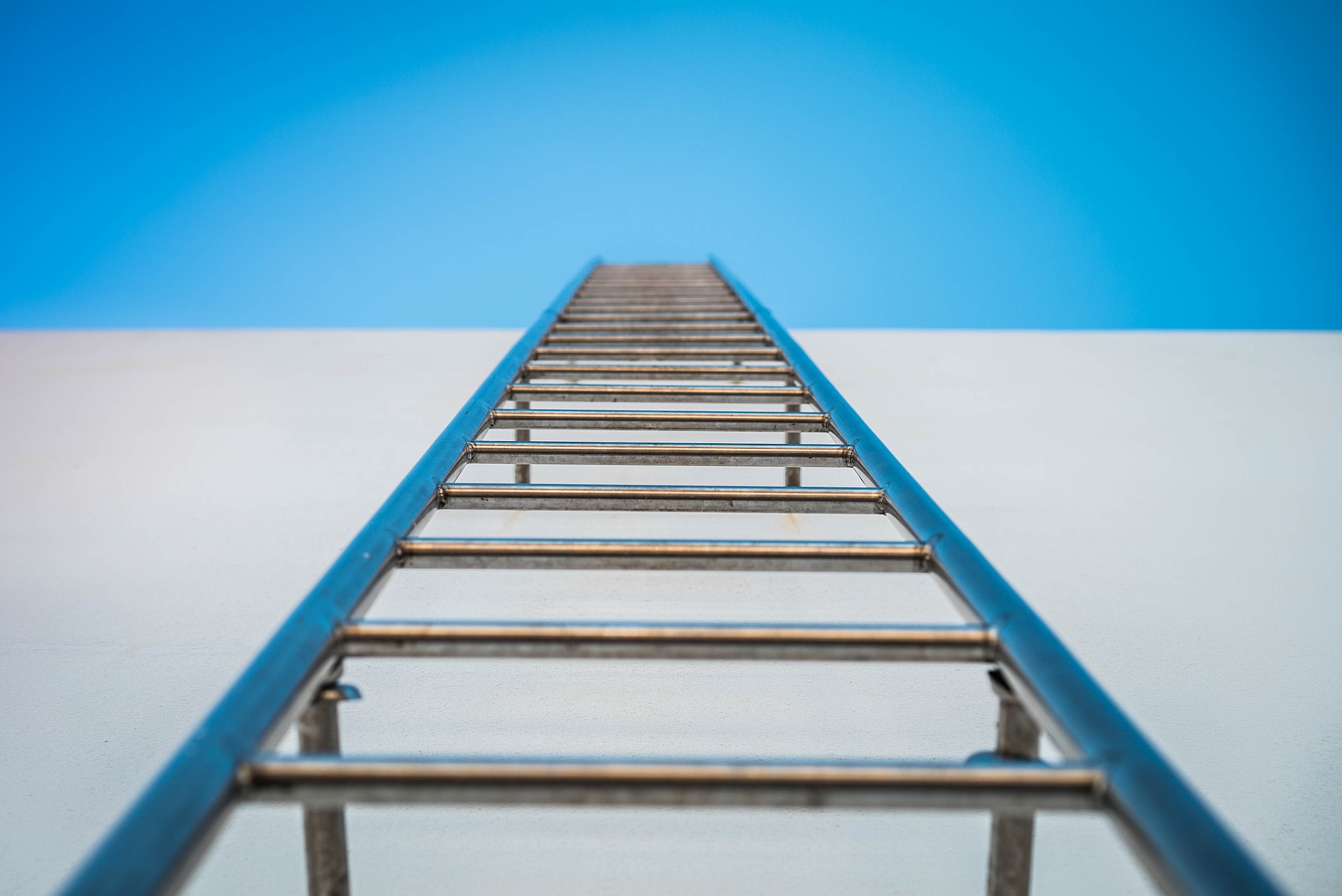 Is Dane, 50, on the right track with his early retirement strategy?

To bridge the gap between his last day of...

Read Is Dane, 50, on the right track with his early retirement strategy? 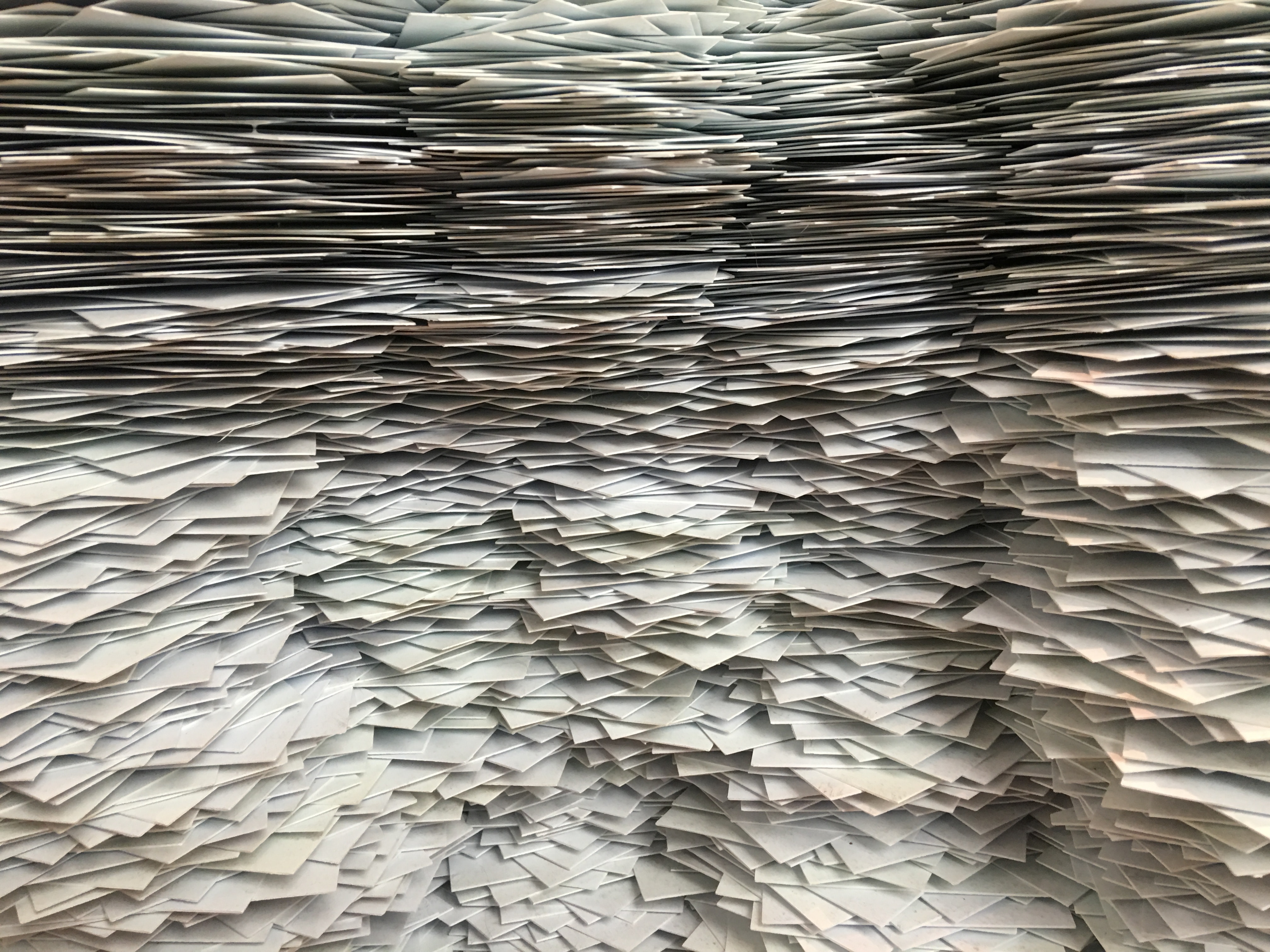 “Help! My RRSPs are all over the place”

Having multiple retirement savings accounts can make it tough...

Read “Help! My RRSPs are all over the place” 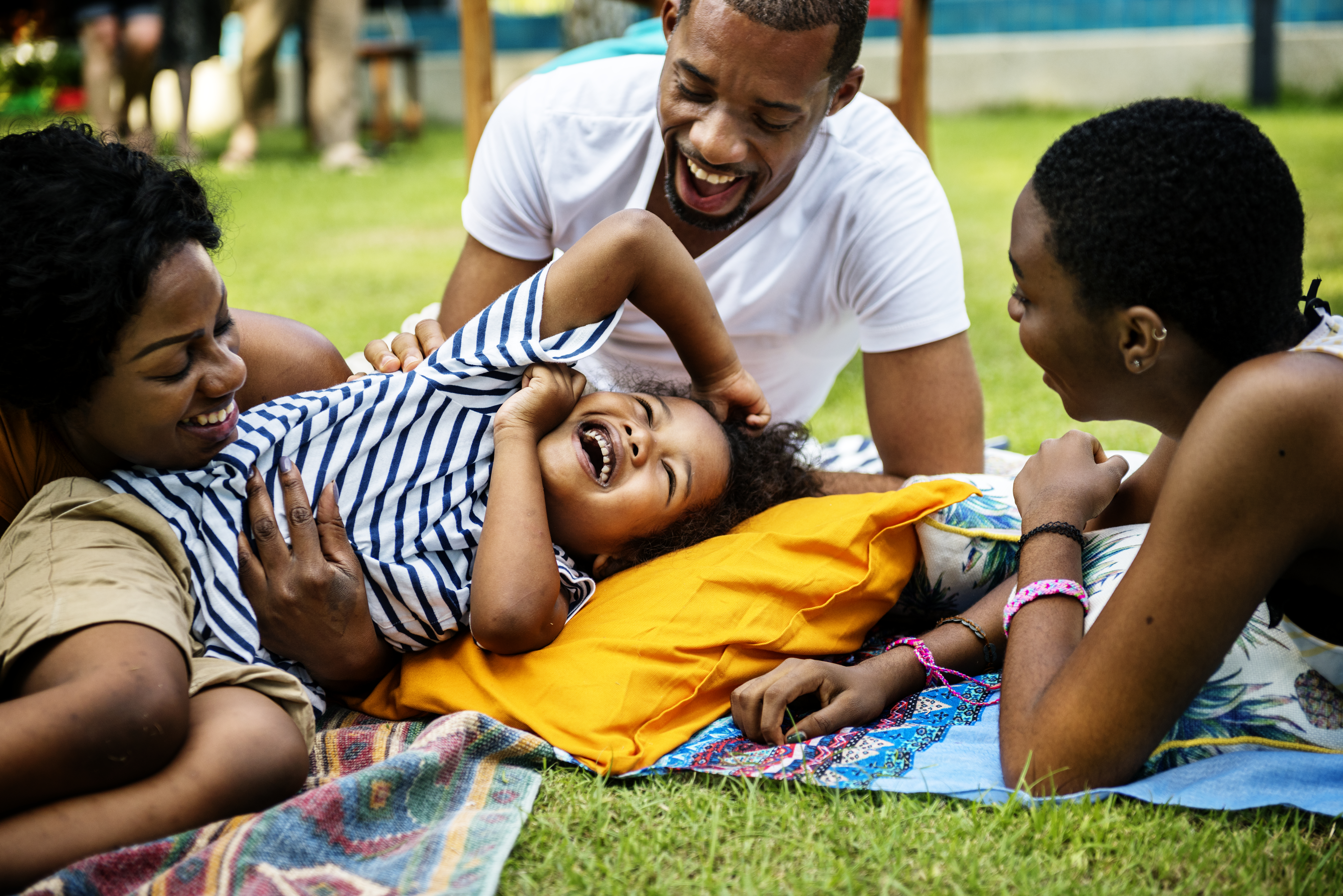 6 times when a GIC is a smart investment choice

Yes, they’re conservative—and that’s precisely why there are life...

Read 6 times when a GIC is a smart investment choice 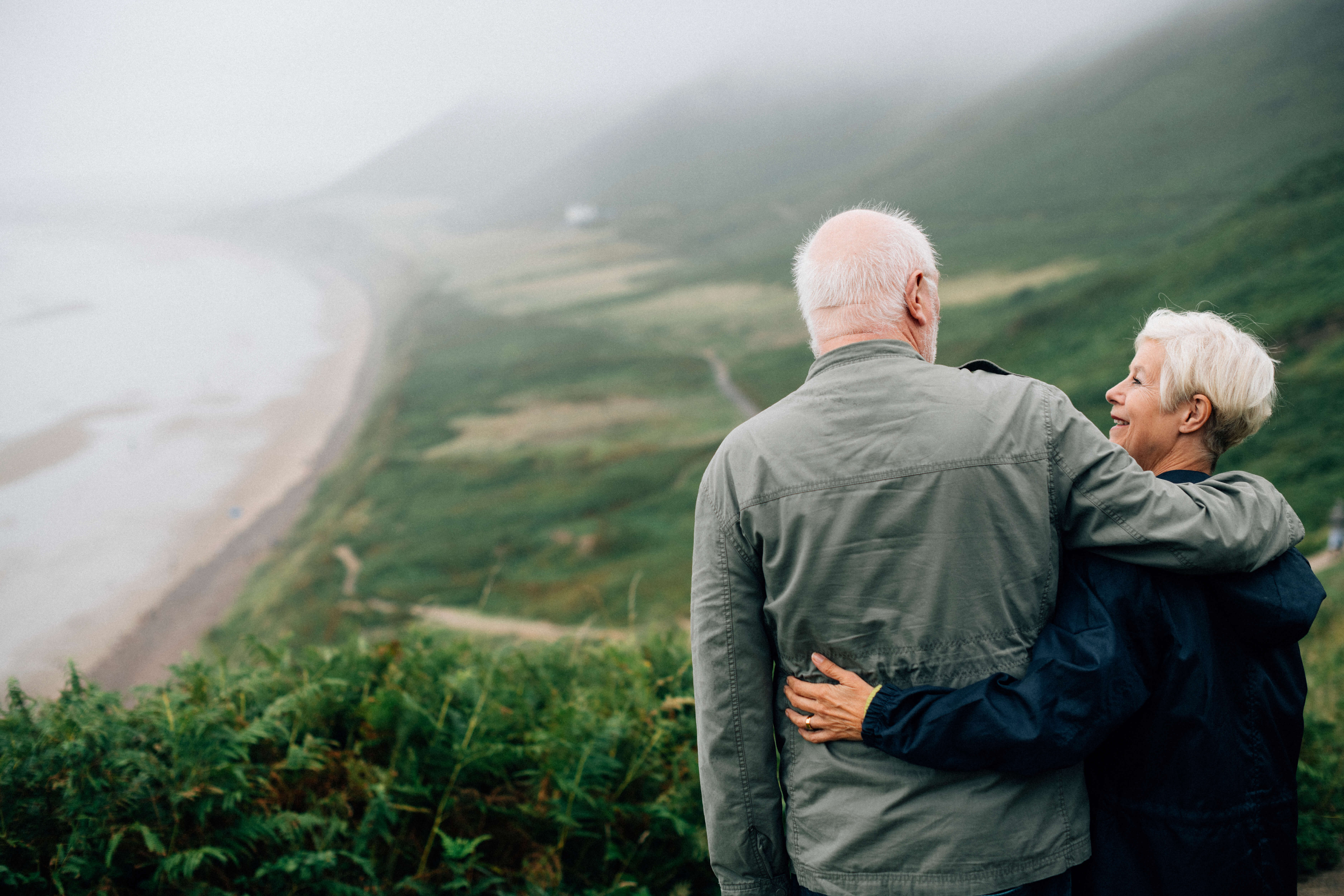 Are GICs right for retirees who want fixed income?

Skittish investors like GICs' guarantee of their principal, but...

Read Are GICs right for retirees who want fixed income? 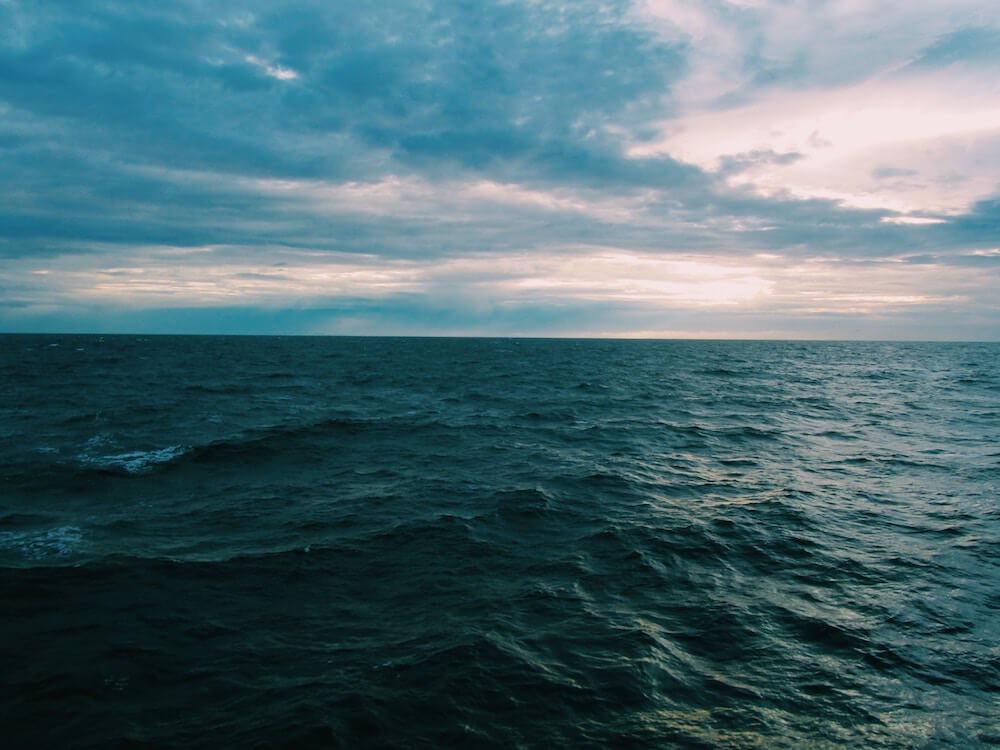 And why an ETF may not be the answer 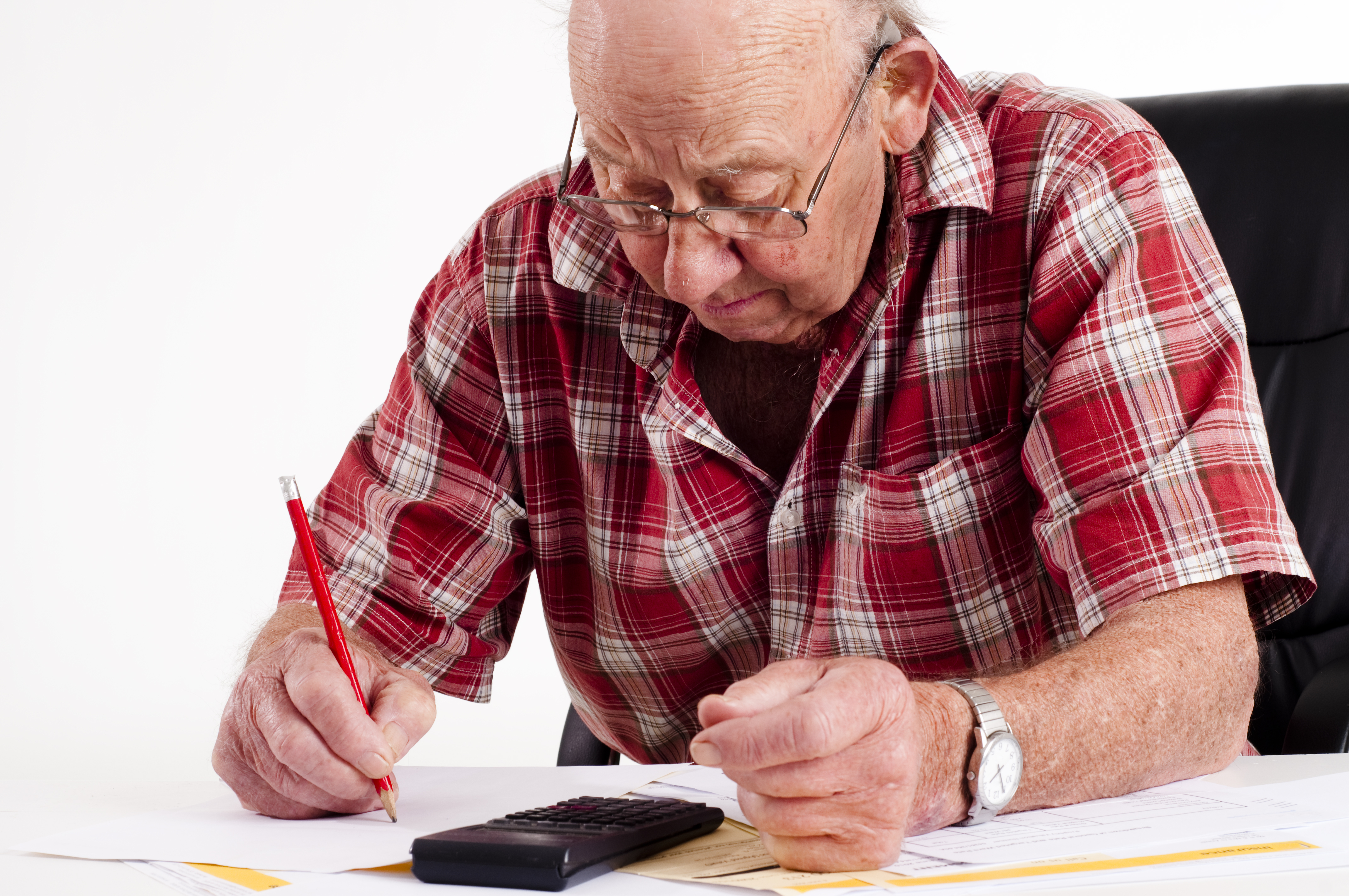 What to do when banks give questionable financial advice to seniors

Mel can't get a straight answer from his bank...