There’s a major roadblock: access to capital. But investors who step up can boost both the economy and their own returns. 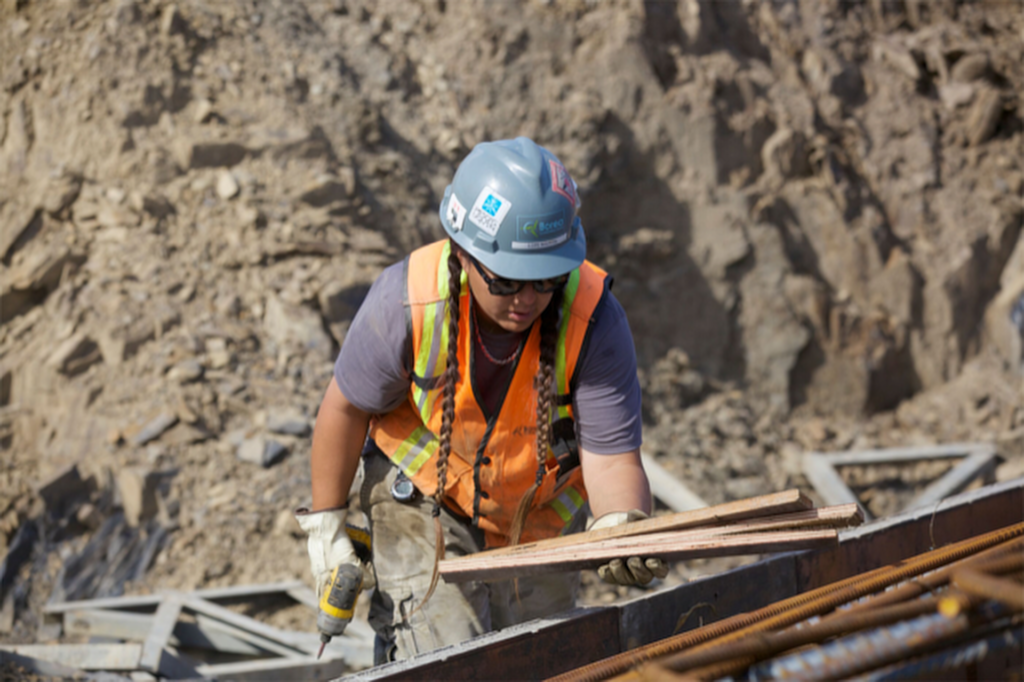 Imagine you have a great idea for a business. You’ve done your research, created a strong business plan, have a proven market for your offering and know that if you can just get it to launch, your business will be a hit. But you can’t get it off the ground because of who you are, where you live and because a 150-year-old document says you can’t. This is the reality for Indigenous entrepreneurs living on reserves across Canada.

Victoria LaBillois, CEO of Wejipeg Excavation Contracting, and President of Wejuseg Construction, faced these challenges in 2004 when starting her first business by buying an apartment building. She was told that although the normal down payment required was 15%, “because I was living on reserve, that program didn’t apply to me, so I needed a bigger deposit: 25%. So, automatically, there’s a barrier there because of who I am and where I’m living.” To build up the down payment she needed to secure a mortgage, LaBillois worked full-time during the day, and ran a secondary business selling purses during the evenings. It took 18 months, but she did it.

Today, 15 years later, the same challenges face entrepreneurs like LaBillois. Because of the Indian Act—the 150-year-old document mentioned above—“it has been, in effect, illegal for a First Nations person living on reserve to qualify for a mortgage,” says Dale Sturges, National Managing Director for RBC’s Indigenous Financial Servicing group.

Although the Indian Act has undergone many amendments, redactions and adjustments over the years, it is still the foundational governing document for the legal elements of the lives of Indigenous people living on and off reserve. Much of the Act creates difficulties for entrepreneurs; take Section 89, which prevents land on reserve from being claimed by creditors, leaving entrepreneurs unable to use the property they live on as collateral for a loan.

Beyond the legislation, Canada’s leading financial institutions have also been very hesitant to provide funding to Indigenous entrepreneurs. This has been called the greatest challenge for entrepreneurs living on reserve, but the big banks are working to address this. Sturges says his banking group at RBC looks at whether incorporating their business could be helpful to a small business owner. They might also discuss using a conditional sales contract to get around the collateral requirement; this type of contract allows the entrepreneur to take immediate possession of the property they’re looking to purchase, but ownership becomes official only after the loan is paid off in full. In addition, he says, “We can look at any sort of assets they would be able to pledge [as collateral] that would be located off reserve; sometimes that could be cash or investment assets.”

They have to get creative, but larger organizations are beginning to take positive steps to address the challenges these entrepreneurs face.

RBC started what was then called their Aboriginal Banking Team in 1997 focusing on Indigenous clients. Sturges notes, “We created a financing program that is very similar to a traditional mortgage and we have more than $170 million approved for the construction of homes or the purchase of homes on reserve communities today.”

Although programs such as RBC’s Indigenous Partnership are good first steps toward addressing the barriers faced by Indigenous people, serious challenges still exist. Even though they offer a mobile banking service, RBC operates only eight branches on reserves and, as of 2017 there were fewer than 50 on-reserve branches among RBC, BMO, CIBC and Scotiabank combined. The reason given for these low numbers is that many of these communities are remote or rural; however, it has been estimated that the Indigenous banking industry could be a $6- to $7-billion-dollar concern if banks were willing and able to increase their levels of investment.

Even when Indigenous entrepreneurs are able access financial institutions, they still face discrimination. When seeking a loan for essential heavy equipment she was purchasing for one of her businesses, LaBillois was told processing would take four days. The wait stretched to six months. “I was just getting the runaround. Finally, they call me in, and they said to my face ‘you’re status Indian, you’re living on reserve, we can’t lend you that money’,” she recalls. “I have a track record there. I have my mortgage for my apartment building through there, I have my personal banking through there. That just blew my socks off.”

Financial institutions’ hesitancy isn’t the only challenge Indigenous entrepreneurs face. Even access to earmarked federal government programs can be difficult. When applying for funding to help start her excavation company, LaBillois was stonewalled because she didn’t personally have a license to operate heavy equipment. “I said, ‘I’m not operating this equipment, I’m running the company to hire Mi’gmaq to operate the equipment.’ [I was told,] ‘Nope, it doesn’t work that way.’ And that was it…. You know, it’s just lost opportunity.”

The actual amount of funding available isn’t up to par, either, according to Shannin Metatawabin, CEO of the National Aboriginal Capital Corporations Association (NACCA). “The government currently provides about .02% to Indigenous entrepreneurs, and they might argue that they’re approaching 1% of Aboriginal procurement opportunities. We make up 5% of the population. If we had that as a target within the government, then that would equate to about a billion dollars of business opportunities for Indigenous entrepreneurs.”

With funding from both larger financial institutions and the government being a challenge for some Indigenous entrepreneurs, they have looked to Aboriginal Financial Institutions (AFIs) as a key source of funding for their businesses. The NACCA represents more than 50 of these institutions across Canada, and the impact they have had has been significant. For every $1 an AFI provides in loans, about $3.60 is added to Canadian GDP.

“Our network on an annual basis contributes $400 million to GDP,” says Metatawabin. The organization has been able to provide 46,000 loans worth over $2.6 billion since its inception in the 1990s and has jut launched their Indigenous Growth Fund to expand those numbers with the help of capital invested by institutions and individuals. “If we double our lending, we could be approaching a billion dollars per year and that’s not even auxiliary benefits.”

Investing in Indigenous business is an opportunity not only to correct inequity, but also to tap some potentially lucrative returns. Metatawabin believes that contributing to this fund, and helping indigenous entrepreneurs is a great first step. The fund received a significant boost when the federal government pledged up to $100 million dollars in the 2019 budget, but is still looking to increase its funding and provide more support to the AFIs in the NACCA network.

“I’m part of a group that is talking about targeting $100 billion dollars of GDP impact by closing the barriers for indigenous people,” Metatawabin says.

“Indigenous people are looked at as an expense by the government and what really we should be doing is looking at them as an investment.”