Making sense of the markets this week: April 10

A quick introduction, why COW ETFs are worth looking at, the true value of $1 million and more 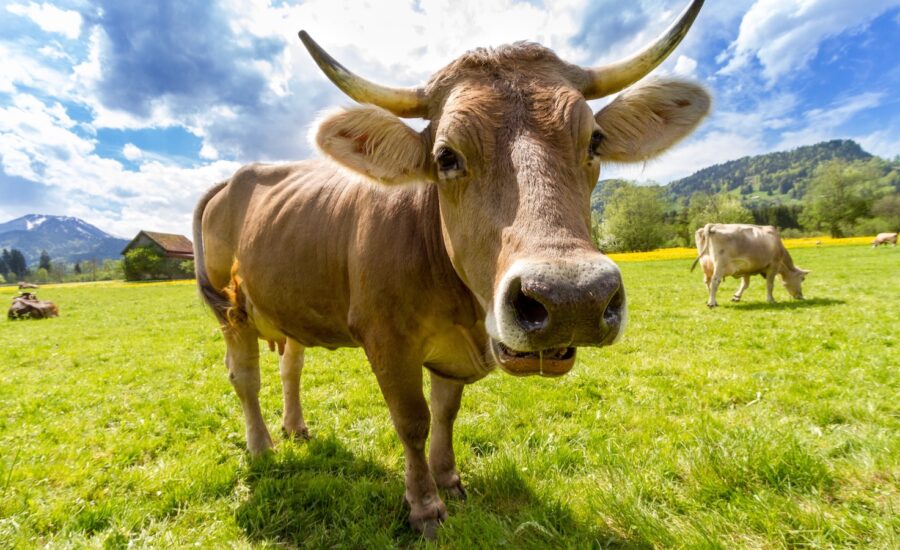 Photo by Pixabay from Pexles

A new voice, but same message

All I can do is attempt to “stand on the shoulders of giants” that came before me.

I’m Kyle Prevost and I’ll do my best to make sure we don’t fall off of Dale’s giant shoulders as I continue to try and make sense of the markets.

I’ve been around the Canadian personal finance scene in various capacities for a while now, as a writer and editor at Million Dollar Journey and founder of the Canadian Financial Summit. I’m also a teacher, and my students would tell you that I’m my best with a captive audience. I’m hoping that MoneySense readers will be a more gentle learning community than the teenagers I’ve taught business, economics and personal finance to for the last couple of decades. At least I won’t be able to tell if you’re on your phones and ignoring me, or rolling your eyes at my jokes.

I’ve worked with Dale for years, and I know he’s the one to call if I need some veteran leadership. And while I hope Dale is enjoying some well-earned relaxation, the markets never take time off.

Reading too much into extrapolated, homespun wisdom is exactly the sort of common error that smart investors try to avoid.

The truth is: While stock market valuations can wander away from underlying fundamentals for a time, it all eventually comes back to the question: “Which companies are actually making money?” The more earnings a company has, or is projected to have, the more investors are willing to pay for a share—and the more valuable the company becomes.

Bloomberg reported that 2021 was the most profitable year for American companies since 1950.

Sure, inflation dampens the impact of the nominal numbers, but while employees enjoyed an 11% raise in pay, corporate earnings skyrocketed by 35%.

Basically, American companies realized they could cut costs and/or charge a lot more for their products and services. That, of course, makes them more valuable.

We’re now in the unique situation of having witnessed quickly rising stock prices at the same time as a slightly compressed price-to-earnings ratio (P/E), which may signify that possible market pullbacks in the next few quarters won’t be as drastic as some are predicting. With the Fed stating Americans have roughly US$4.2 trillion in dry savings account powder ready to fire at will, those profit margins aren’t likely to come back to Earth anytime soon.

Don’t have a cow… unless it’s an ETF

When communicating anything in regards to the financial spinoff effects of a war, I will acknowledge, first and foremost, that portfolio returns are a distant consideration relative to the horrors taking place daily.

The destruction of homes, infrastructure and, ultimately, lives has had awful direct consequences for Ukrainians. The conflict will also indirectly impact lives and markets all over the world. Both Russia and Ukraine are not only massive producers of important commodities, such as wheat, but they are also responsible for exporting much of the fertilizer that helps to produce food around the globe.

With some degree of disruption of Ukrainian agricultural production assured, and possible issues in Russia and Belarus as well, there will be an opportunity for companies from other countries to increase production and grab market share.

A quick way to get broad exposure to the agricultural sector is through the iShares Global Agriculture Index ETF, which goes by the aptly named ticker symbol of COW and trades on the TSX. Investors in COW are instantly diversified across 36 companies, mostly based in the U.S., with a smattering from Italy, Canada and Israel. The largest holdings include Archer Daniels Midland, Mosaic, Corteva, Bunge and John Deere.

Here’s a breakdown of subsector weightings:

Units of COW have already realized a 20% gain in the last month, so future profit opportunities have been “baked in” to some extent, but with an overall P/E ratio of 14.27, it still appears conservatively valued compared to bubblier markets. COW’s returns over the last year and three years, of 34% and 26% respectively, show a favourable longer-term trend line.

If you’re looking for a pure-Canadian single-stock approach to the situation, Saskatchewan-based Nutrien (NTR) happens to be the world’s biggest potash producer. And it is integral to the global fertilizer supply chain. Together, Russia and Belarus account for 37.6% of the world’s potash production. While analysts can’t be sure how much of Belarus’ and Russia’s capacity will be hampered by war, tariffs and sanctions, there is no doubt that many potash buyers will be looking for a more stable supplier in the immediate future.

As with our favourite bovine ETF, however, the question quickly becomes: “Has a best-case scenario for Nutrien already been priced in?”

Steven Hansen, managing director and equity analyst at Raymond James, believes there might still be some meat on the bone when it comes to future returns. Here are four quotes from him, via Bloomberg:

“They do have a large amount of idle potash capacity they could bring to market that they have not done yet. The thing is, it will require them to hire a bunch more people and get some new equipment.”

“[Nutrien is], really, the only player that has idle or excess capacity still available globally. So they will play a really important role in, I’ll say, backfilling with the supply that’s been taken out of the market in the eastern hemisphere.”

“We still think the prospects here are really outstanding.”

“The company is going to be extremely flush with cash in this backdrop, and has already started to undertake a number of different strategic options: buying back stock, raising the dividend and we think [mergers and acquisitions] and rapid expansion will come.”

Side note: Nutrien will always have a special place in my heart, given that its Rocanville potash mine is the primary employer in the rural area I taught in for 10 years. I imagine many of my former students are quite happy with their job prospects these days.

A Dimon in the rough

Jamie Dimon is the CEO of JPMorgan Chase, and he is one of the most influential people in global financial circles. When it comes to market commentary and prognostication, his annual letter to shareholders is perhaps second to Warren Buffett’s shareholder letter.

Dimon’s track record of expertise and quantitative shareholder results is difficult to argue with:

Here are some key passages I selected from this year’s edition, including his thoughts on recent geopolitical turmoil:

“We are facing challenges at every turn: a pandemic, unprecedented government actions, a strong recovery after a sharp and deep global recession, a highly polarized U.S. election, mounting inflation, a war in Ukraine and dramatic economic sanctions against Russia. While all this turmoil has serious ramifications on our company, its effect on the world—with the extreme suffering of the Ukrainian people and the potential restructuring of the global order—is far more important.”

“The hostilities in Ukraine and the sanctions on Russia are already having a substantial economic impact.”

“We are not worried about our direct exposure to Russia, though we could still lose about $1 billion over time.”

His renewed faith in the free-market climate built and protected by the U.S.:

“Free enterprise celebrates, and is inseparable from, human freedom and creativity, which ultimately are the sources of all human progress. The secret sauce of free enterprise is not only the free movement of capital but also, more importantly, the value of knowledge and free people exercising their rights.”

“My friend, Warren Buffett, spoke in his letter this year about his silent partner—the U.S. government—noting that all his company’s success is predicated upon the extraordinary conditions our country creates. He is right to say to his shareholders that when they see the flag, they should all say thank you. We should, too.”

Perhaps his most applicable advice to investors revolved around his thoughts on the state of the global economy, and rising interest rates:

“Persistent inflation will require rising interest rates and a massive but necessary shift from quantitative easing to quantitative tightening.”

“It is easy to second-guess complex decisions after the fact. The Federal Reserve (the Fed) and the government did the right thing by taking bold dramatic actions following the misfortune unleashed by the pandemic. In hindsight, it worked. But also in hindsight, the medicine (fiscal spending and QE) was probably too much and lasted too long.”

I think it’s important to note Dimon’s long-term faith is in the ability of American entrepreneurs and corporations to consistently create value. The latest turmoil in the world has vividly illustrated just why investors are willing to pay a premium for companies based in stable, dependable countries.

There is no denying that the war and rising interest rates have shaken investor sentiment. Increased market volatility might be all the more anxiety-inducing given our relatively smooth waters over the last couple of years. Prepared investors understand that these short-term gyrations are part of investing in equities and have a game plan in place to counter the impact that inevitable negative news cycles can have on investor behaviour.

How much can I get for a million?

It wouldn’t be much of an initial attempt at a commentary on Canadian markets if I didn’t include at least one real-estate-inspired entry.

Visual Capitalist is a favourite online publisher of mine for its insightful graphic creations. Below we see what a cool, hard million U.S. dollars will get you in prime real estate around the world. By comparison, Greater Toronto Area condos come in around 879 square feet.

Canadians could be forgiven for worrying that if growth rates continue to rise, it won’t just be downtown Toronto and Vancouver looking down on the likes of Paris and Tokyo, but also the famed metropolises of Barrie, Oshawa and Hamilton.