Here’s what to make of the U.S. earnings news, Air Canada’s failure to launch, and the latest on the 2022 Crypto Crash. 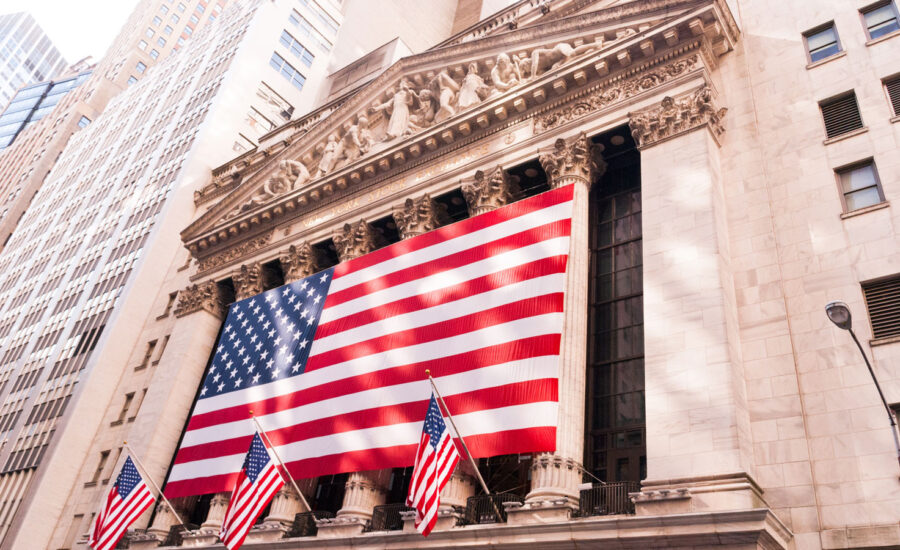 Photo by David Vives on Unsplash

It was a big earnings week in the U.S. With so many unpredictable variables in the mix over the past three months, many investors were eager to see what was actually going on underneath the hood of some of the world’s largest companies.

IBM (IBM/NYSE): Showing just how panicky the market is at the moment, IBM kicked off the earnings announcements this week with outperforming on both earnings and revenues, yet the stock price dropped 4% in extended trading on Monday. Earnings came in at $2.31 per share (versus $2.27 predicted) and revenues at $15.54 billion (versus $15.18 billion predicted). Free cash flow was down from past guidance, with IBM stating that suspending business in Russia was the main culprit.

Johnson & Johnson (JNJ/NYSE): Johnson & Johnson continued the strong earnings news trend on Tuesday, announcing that even with strong U.S. dollar headwinds to battle, earnings were $2.59 per share (versus $2.54 predicted) and revenues were $24.02 billion (versus $23.77 billion). This good news was viewed with skepticism by the market as JNJ was down in early trading.

Lockheed Martin (LMT/NYSE): Defense giant Lockheed Martin had a small earnings miss with an earnings per share figure of $6.32 (versus $6.39 predicted) and overall revenues coming in at $15.45 (versus $16.05 predicted). However, share prices traded up slightly on the news that the Pentagon was ordering nearly 400 more F-35 fighter jets.

Tesla (TSLA/NASDAQ): Tesla reported a slight miss on revenues with $16.93 billion in total sales (versus $17.1 billion predicted), but it came out ahead on earnings per share numbers with an impressive $2.27 (versus $1.81 predicted). Interestingly though, Tesla decided to sell 75% of its bitcoin holdings during the quarter as well.

Hmmm… Funny that one didn’t make it into CEO Elon Musk’s Twitter page. Tesla shares were up slightly in trading after the quarterly call.

AT&T (T/NYSE): AT&T had perhaps the most noteworthy quarter of any company that has reported earnings so far. Its shares immediately dropped 9%+ on Thursday morning. Could bad news trigger such a rapid sell-off, you might ask? Well, the company added 813,000 monthly phone subscribers (substantially more than the 554,000 predicted by analysts), and adjusted earnings came in at $0.65 per share (versus $0.62 predicted). Revenues were almost identical to estimates, at $29.6 billion. Hidden from those raw numbers was the news that increasing numbers of customers weren’t paying their bills on time, and consequently, AT&T was forecasting $2 billion less in free cash flow for the year.

With earnings results being quite variable so far this quarter, it’s somewhat difficult to come up with a one-size-fits-all theory. My major takeaway is that—despite continued solid earnings and sales numbers (for the most part)—investors are definitely looking at the glass as “half empty.” They are very worried about what lies ahead. Fund managers are now more pessimistic than they were at any point in the last 20+ years.

While trying to predict short-term market moves is a good way to make yourself look pretty silly, I can’t help but think there is a good argument to be made for a long-term contrarian play at the moment. The broader market trend was upward this week. But with investor sentiment still so low and valuation metrics such as price-to-earnings ratios continuing to fall, I think there will be some future investors thanking their present-day-selves for being greedy when everyone else was fearful in the summer of 2022.

Want growth? Value? Who cares, as long as it makes money

Contrary to the weird “good news triggers mediocre market response” stories above, Netflix (NFLX/NASDAQ) was up around 7% in early trading on Wednesday after revealing it lost a million subscribers in the last quarter. Sales revenue wasn’t quite as strong as predicted, coming in at $7.97 billion versus a predicted $8.035 billion.

Many experts pointed to the following as causes for investors’ positive reactions:

This could mark the beginning of investors looking at former “growth stocks,” like Meta (META/NASDAQ) and Netflix, as mature companies that need to be viewed as profit machines instead of as purely growth engines.

All three MSOTM columnists (Dale Roberts, Jonathan Chevreau and myself included) have pointed out repeatedly that this is not the early 2000s when big tech names were “All sizzle and no steak.” Today’s tech companies might still exist online and have nerdy CEOs, but they are also highly profitable.

Netflix and Meta (formerly Facebook) are so profitable, in fact, that given their recent share price meltdowns, they’re beginning to be added to “value stock” lists and indexes.

What does this mean? They are generally trading at very low prices relative to their profits and free cash flow. For example, Meta’s free cash flow yield is above 8% right now!

So even if you hate the idea of Metaverse and believe it’s just a giant black hole of money, the company is making more than enough profits to justify a substantial share price increase.

Similarly, Netflix could stall and grow at a much slower rate going forward. But as long as it can better monetize its customers (competitors like Hulu have proven ad-supported models can work) and keep their status as the preeminent streaming service (maybe easier said than done), then there may still be a bright future for this company.

Mature companies tend to focus more on the “less sexy” topics of cost controls, upsells and maximizing customer value. While this doesn’t drive investment news headlines the same way “Hey, look at this shiny new thing that will take over the world!” does, it’s still a recipe for long-term financial success.

Netflix and Meta are both available to Canadian investors via Canadian Deposit Receipts (CDRs), if you’re looking for a quick way to get portfolio exposure without converting your Canadian dollars to U.S. Look for them at META/NEO and NFLX/NEO.

The recent collapse of Air Canada’s (AC/TSX) ability to complete basic travel requirements, such as delivering people on time, not losing their luggage and/or generally trying to back out of compensation to which consumers are legally-entitled, has been well documented.

What’s up for debate is whether all this negative press will lead to investors feeling any pain.

An argument can be made that Air Canada’s status as an effective monopoly in many areas, combined with the ever-present government support, means the company has a low risk of a complete meltdown. With Air Canada’s second quarter earnings report due in the next couple of weeks, the stock has been quite volatile as investors wait to see just how much the recent turmoil has affected bottom lines.

After recently experiencing Air Canada’s services, I have to say that I am not at all confident in the company’s ability to take advantage of the recent spike in travel demand. My wife and I were forced to sleep on the floor at Pearson Airport last week (due to luggage delays, crew delays, and maintenance delays) and were subjected to some of the rudest and most awful customer service I have ever experienced. Now, in fairness, the pilot and flight staff were quite pleasant and professional, and I have had several flawless flights with Air Canada over the past couple of years. It would also be accurate to say that we enjoyed no less than the superstar professional athlete experience.

From an investment standpoint, we can tell you with a high degree of conviction that we personally witnessed hundreds of people swear off of flying with Air Canada for the foreseeable future. That is going to have long-term repercussions that are hard to quantify in a quarterly report.

In more positive airline news, Delta made headlines this week by announcing the purchase of over a hundred new aircraft from both Boeing and Airbus. If you’re looking for more exposure to the whole airline sector (as opposed to picking winners and losers) you might want to take a look at the JETS ETF. Air Canada makes up 2.61% of that ETF. Here’s my take on Canadian airline stocks in 2022.

Another of the crypto world’s big names declared bankruptcy this week. Crypto lender Celsius was forced to admit that even though it was stated as recently as October, 2021 that the company had $25 billion worth of assets under management, it was now down to having only $167 million cash on hand.

Having $167 million cash on hand is an issue when you owe users $4.7 billion!

Of course, the news has been full of reports of various cryptocurrency-based companies running into financial troubles and laying off employees. Fears of a “contagion effect” continue to plague the entire crypto ecosystem.

It’s almost as if there are no underlying fundamentals for the asset to fall back on when investment sentiment sours.

Naturally—in true crypto fashion—Bitcoin’s price realized a slight recovery despite the negative news. I’ve now come around to the realization that the bitcoin fanatics are every bit as religiously devoted to their embrace of this asset as “gold truthers” are to their “precious.”

This means there will always be room for speculators to make money. It also means that it’s not an investment.

Aside from a very slim usage case to be made by black markets and citizens of badly failing economies like Venezuela, there continues to be no underlying reason to possess bitcoin. Given the past few months, one myth we can safely say is busted is that inflation would soon make the U.S. dollar worthless and reveal the strength of cryptocurrencies as “inflation fighters.”

While I am quite certain such small usage cases do not justify a valuation of USD$20,000+, I am almost as certain that the combination of leveraged speculators (looking to capitalize on “The Greater Fool”) and zealot-level “HODLers” will cause bitcoin and other cryptocurrencies to spike again.

If the price on specific crypto currencies spikes in the months to come, recent investors (say from the last two years) will be presented with an interesting decision now that they have experienced just how volatile the investment can be. It’s one thing to know in theory your investment can quickly drop 70%+, but it’s another to watch it happen to your account. Whether these investors decide to sell their coins and breathe a sigh of relief as they break even, or double down on their crypto convictions remains to be seen.

Regardless of short-term movements, the lightning speed with which so many of these crypto companies have gone from grandiose statements about world domination to subdued corporate capitulation has revealed just how much uncertainty is inherent in this vague “asset class.”