Interest rates and the markets, Oracle’s earnings report, a look at wealth and happiness, and what’s a “tontine”? 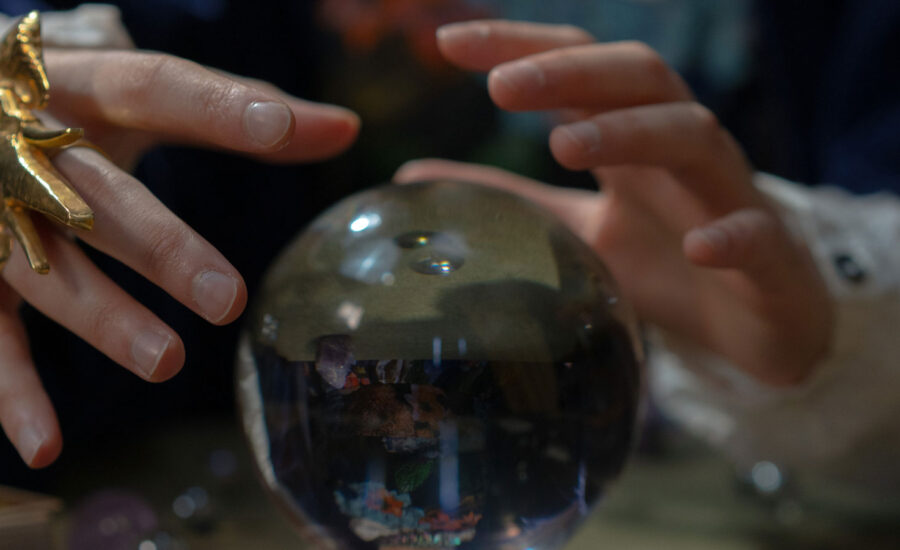 Paul Volker is generally credited as the person who “broke the back of inflation” as the Governor of the U.S. Federal Reserve in the 1970s. I imagine his name is Googled often these days, as markets and investor sentiment continue to be massively influenced by inflation concerns.

In the same way former debates around Keynesian fiscal policy ideas appear to have been decisively agreed upon by governments around the world, Volcker’s single-minded determination to use contractionary monetary policy in order to drag down price inflation appears to have become a dominant approach.

Due to the fact the Fed’s committed to fighting inflation at all costs, it’s no surprise the markets reacted strongly—and negatively—when the news came in that, according to the CPI report from the Bureau of Labor Statistics, costs were up 0.1% in August and 8.3% year-over-year.

While 0.1% may not sound all that important, it is higher than the slight decrease that was widely expected. Even with a 10.6% slide in the gasoline index, cost increases to food, shelter and medical care were all up substantially.

Both the fixed-income and equities markets strongly reacted, with the S&P 500 index taking a 4.3% hit—its biggest drop since the pandemic panic hit. Interest-sensitive tech companies on the NASDAQ experienced an even steeper 5.2% decline. The professionals who are pricing assets right now are looking at these inflation numbers, plus the rhetoric of Fed Chair Jerome Powell, and concluding that interest-rate rises may be even more drastic than previously expected.

While there’s still some debate on the degree to which painful interest rates are needed to fight inflation, it appears that for now, Volker-ians are firmly in the driver’s seat.

Oracle (ORCL/NYSE) was the major earnings story south of the border this week. The company reported adjusted earnings per share of USD$1.03 (versus USD$1.07 predicted). Revenues were more upbeat at the exact USD$11.45 billion forecasted by analysts, and 18% higher on a year-over-year basis.

Investors didn’t take the news too hard, as shares were down only 1.35% on Tuesday (substantially less than the average loss on the day for an S&P 500 company).

Oracle announced the closing of the USD$28 billion acquisition of health data software maker Cerner. It shows just how much larger the U.S. market is than our humble Canadian market that a company the size of Barrick Gold (or triple the market cap of Canadian Tire) can be acquired. And it barely moves the needle when it comes to investment headlines.

Larry Ellison, co-founder, chair, and tech chief at Oracle, took direct aim at Amazon’s profitable cloud business, saying, “I personally have been talking to some of Amazon’s most famous brands that are running at AWS [Amazon Web Services]. And the AWS bill is getting very large. And they can save a huge amount of money by moving to OCI [Oracle Cloud Infrastructure]. And I expect next quarter we’ll be announcing some brands, some companies moving off of Amazon to OCI that will shock you. I’ll stop there.”

There wasn’t a whole lot of new earnings info in Canadian markets this week, although classic Canadiana brand Roots released some mixed news on Tuesday.

If your glass is half-full, you would say Roots’ total sales were up more than 20% year-over-year. If you’re more the half-empty type, you might be more inclined to point out that the company lost CAD$3.2 million (versus CAD$1.2 million for the quarter last year).

Overall, Roots believes it is on track for the all-important holiday shopping season, and that it will not be forced to mark down inventory as aggressively as other retailers.

Guardian and Milevsky team up to defeat retirement income worries?

I first came across Dr. Milevsky when researching options in the world of Canadian annuities.  He is widely known for his extensive work in retirement solutions for Canadian investors such as tontines and annuities. So, what exactly did these two come up with? Guardian LP has created three products:

Let’s take a look at an example of my favourite option: the Hybrid Tontine Series. Guardian Capital provides a free calculator for use on its site.

So, this calculator is saying if you invested $100,000 in this product today (and would have to be born between January 1, 1957 and December 31, 1961 to be eligible) then Guardian Capital estimates you will receive $6,500 in distributions each year. Then, if you haven’t yet gone to the “great tax haven in the sky” 20 years after you make the investment, you will be eligible to receive a lump-sum “tontine” payout. In this example case, you’d get $81,783 at a time in your life when many Canadians are worried about increased expenses.

When I asked Guardian Capital about the assumptions behind their returns, they responded by stating, “Guardian assumptions are, in our view, based on sound actuarial principles and conservative market outlooks.”

I believe it’s a fair assessment. To be honest, the combination of actuarial math and investment return probabilities are pretty complex math to be checking. Personally, I think this is worthwhile for investors to look into, though, especially if they want to ease their minds when it comes to longevity risk (outliving their nest egg) while at the same time having the comfort of someone else managing their money in a responsible manner.

Our friends from Visual Capitalist are back this week, showing the relationship between a country’s average wealth per resident (data courtesy of Credit Suisse).

You can clearly see that while having a high level of average wealth doesn’t guarantee the highest levels of happiness, it does seem to be kind of a prerequisite. I’m no graph expert, but that best fit line would be slanted pretty strongly up and to the right.

While the typical country may be happier when wealthier, we do see some interesting juxtapositions in the data.

For example, while the Czech Republic and Lebanon are fairly close in terms of average wealth, there is a massive difference in happiness levels. Similarly, the Hong Kong SAR (Special Administrative Region) is one of the wealthiest areas in the world, but residents’ happiness levels are far behind those of Denmark and Sweden. Obviously, the political turmoil that Lebanon and Hong Kong have experienced the last few years has massively subtracted from residents’ happiness.

I also found it interesting that Asian economic powerhouses South Korea and Japan found themselves with slightly lower happiness levels than Brazil, despite having a net worth more than 25 times higher. And Brazil is one of the least equal countries in the world as measured by the Gini coefficient: supposedly a severe negative when it comes to overall happiness. Clearly there is a cultural element to happiness in addition to financial factors.

Since we all know lists and rankings are essential to national pride, we can proudly note Canada scored very high on measurements of both wealth and happiness, with a happiness score of 7.0 and a median wealth per adult of USD$125,688.