If your company doesn't offer a pension then the Saskatchewan Pension Plan can fill in the gap and help you save for retirement. But what's the real benefit? 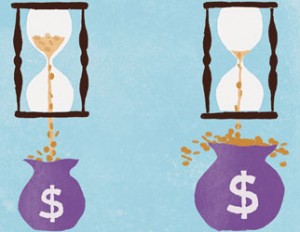 If you’ve been waiting for Ottawa to create Pooled Retirement Pension Plans (PRPPs) you need not wait any longer—if you needed to wait at all.

PRPPs are meant to help Canadians save for retirement, filling in the growing gap left by the elimination of many employer pension plans. But unbeknownst to many Canadians the Saskatchewan Pension Plan (SPP) has been operating very much like a PRPP for the past 25 years.

Despite its name, the SPP is open to all Canadians. It’s a voluntary plan that allows members to contribute up to $2,500 annually, or transfer up to $10,000 a year from an existing RRSP. Regular contributions into the plan receive the same tax rebate as would for RSPs. Some see it as the template for the government’s planned rollout of PRPPs.

The plan caters to people who work for small or mid-sized businesses that don’t run their own pensions. According to Katherine Strutt, general manager of the SPP, Canadians are drawn to the plan because of its low fees, its competitive returns and its simple structure. Emphasis on simple. Plan members have only two investments to pick from, either a balanced fund (60% stocks, 40% bonds) or a money market fund.

“One of the secrets to our success is that we haven’t made it complex to be in the plan,” says Strutt. “A lack of choice isn’t a bad thing.”

Dave Makarchuk, a partner with Mercer, agrees that the SPP’s structure has a niche. “There’s no broker relationship that you have to deal with, there’s no bank relationship. You just put your money in, it’s pretty easy,” he says. It’s the sort of structure that caters to lower income Canadians that are having a hard time connecting to financial institutions or advisers.

Although the SPP isn’t marketed as a supplemental pension plan, that’s precisely what it is. And that’s where some of the criticisms of the SPP start to come in. “No Canadian could sustain a pension on the contribution limits that this plan allows,” says Makarchuk. “At best it’s a little extra something to supplement what you already have.”

The SPP’s small size is another issue. Currently the plan has about $300 million in assets under management, $200 million of which is in the plan’s balanced fund. As far as mutual funds go that’s tiny; as a pension it’s minuscule. Despite its size, the SPP’s done a good job containing its costs, operating with a management expense ratio of just 1.1%. The SPP, which is professionally managed, has produced an average return of 8%. Year to date the SPP’s balanced fund is up 1%, although the same fund shed 1% in 2011.

The fee is competitive when compared to financial advisors, says Makarchuk, but they’re nothing special when you compare the fee to other pension plans or Group RSPs. “It’s kind of an in-between option,” he says. Until it grows and can take advantage of economies of scale, the SPP likely won’t be able to lower its fees. But with its low contribution limits that’s still some time away.

Perhaps the biggest criticism of the SPP is over its limited flexibility. This is a key issue for Anthony Windeyer, a financial planner at Coast Capital Insurance Services in Vancouver. The SPP locks in your assets until you’re 55, he says. “Why would you take money from an RRSP, where you can take it out if you need to, and transfer it to a locked-in account that is highly restrictive?”

For this reason Windeyer suggests the SPP is best suited to someone who already has locked-in assets, like a pension from a former employer, and who is looking for a low-cost, turnkey solution. He adds this is a one-size-fits-all plan, which doesn’t offer any advice or accommodate its members should their investment goals or needs change.

Windeyer also isn’t overly impressed with the performance of the two investment options either. “From an investment perspective it’s what you’re going to get from everywhere else in the marketplace,” he says.

Still, the SPP’s structure is attracting interest. As of the end of 2011, 11% of the plan’s membership came from outside of Saskatchewan and membership continues to grow. “It speaks to people’s need for something that’s simple and easy to use and has a really good expense ratio so people aren’t losing so much of their assets to fees,” says Strutt. “I think that resonates to a lot of people.”

Makarchuk, however, sees it a different way. “For people who are scared of banks and scared of financial planners and don’t trust anyone and want to save that’s where things like the SPP and PRPPs maybe have a home.”