Money in retirement: Don’t rely on the kids 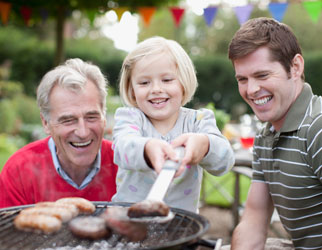 A recent TD Wealth survey on providing care to aging parents struck a cord on a couple of levels, at least for me. For those who missed it (it came out the day of the Ottawa shootings last week) TD found two-thirds of Canadians between the ages of 40 and 60 expect they will have to provide care for their aging parents at some point. One in five already provide financial help to their parents or expect they will have to in due course. TD went on to say many Canadian “pre-retirees” also want to avoid putting their own children in the same situation. (You know the stoical stance of the self-reliant elder who “doesn’t want to be a burden” on their children).

That struck me as quite ironic. As the parent of a 23-year-old who alternates between travel, freelance promotional jobs and short stints at home, the last thing we’re planning for is depending on her for financial support in our old age. Of course, all four of the grandparents in our family have passed away, so we tend to look at this intergenerational dynamic in a different way than TD’s intended audience: those still working and whose parents are still alive.

Social worker Gary Direnfeld, billed in TD’s material as a family relationship expert, is quoted as saying it’s “understandable” that people approaching retirement age will be reluctant to have to ask their grown children for financial support once they do retire. But they need to recognize this possibility may arise and at least have a frank conversation with their children about it. Even if the kids don’t end up providing direct financial support, Direnfeld says they may end up bearing indirect costs like retrofitting a house or apartment so their parents can “age in place.” And if it’s necessary to step in and provide care-giving for a parent or in-law, at least one of the children (or their spouse) may have to take leave from their jobs to do so, meaning a loss of earnings. The alternative is to keep working but to pay a third party to care for the old folks, which is another way finances will be impacted for the grown children.

It’s hard to argue with the common sense dispensed by TD Wealth senior vice president Dave Kelly: pre-retirees should maximize their retirement savings during their peak earning years, so as to be less of a financial burden on their kids once they retire. I’d go further: if you feel that strongly, why limit retirement saving to one’s peak earning years? Make it a priority as soon as you enter the workforce, take advantage of the time value of money (especially in TFSAs) and your fears of being a burden on the kids should be dissipated.

The second thing I noted about TD’s release is the focus on a theme I’ve been writing a fair bit about lately: that of decumulation. As I noted in my column in the magazine recently, more and more baby boomers are moving from the mode of wealth accumulation to that of decumulation, or drawing down on their savings. I argued only a minority of financial advisers have also made this shift but Kelly’s comments suggest this sea change is becoming top of mind with wealth managers. He says pre-retirees need to consider withdrawing money first from their non-tax-sheltered investments, as opposed to tax-deferred vehicles like RRSPs or RRIFs.

“While money in an RSP can be converted into a RIF at any time, once it’s converted there is a minimum annual withdrawal based on either the age of the fund holder or spouse,” Kelly says in the release. “If your spouse is younger than you, your minimum withdrawal would be lower than if it were based on your age, but you have to elect whose age to use before your first RIF withdrawal, and once you choose, you can’t change your decision.”

Jonathan Chevreau is editor-at-large at MoneySense. He blogs at findependenceday.com and here.

You may still qualify for the federal government’s CERB...