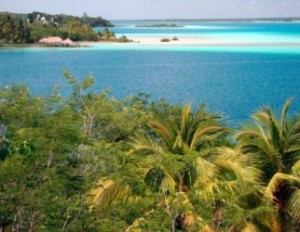 Forget the turquoise waters and white-sand beaches of offshore tax havens. Take your hard-earned Canadian pension and head stateside. That’s the advice Robert F. Keats has for snowbirds in his latest book, “A Canadian’s Best Tax Haven: The U.S –Take Your Money and Drive!”

Roughly 1,000 baby boomers retire each day in Canada and too many of them don’t know how to protect their money, according to Keats, a dual citizen and president of cross-border wealth management firm KeatsConnelly.

“Snowbirds are getting the wrong advice with respect to taxes, medical coverage and immigration,” he recently told MoneySense.

While it’s true that anyone with a sizeable RRSP or corporate pension could see upwards of 40% of their nest egg gobbled up by federal and provincial taxes once they begin withdrawals, relocating to the Caymen Islands or the Bahamas isn’t the answer.

Traditional tax haven islands aren’t havens at all for high-net worth Canadians, Keats said. The idea that you’ll keep more of your money on a tropical island is a “myth.”

There are other downsides too. People tend to get bored very quickly on small islands and they’re forced to give up their family and access to world-class medical care.

Lifestyle concessions aside, there’s no better bang for your retirement buck than the U.S., Keats argues.

The Canada-U.S. tax treaty ensures Canadian citizens who take up permanent residency in the states (and spend more than 182 days a year there) only pay a 15% withholding tax on regular pension withdrawals. That compares to 25% in other tax haven countries.

“If they do the planning properly, the 15% that they do pay in non-resident withholding tax can be recovered by the IRS,” Keats said, referring to the federal foreign tax credit program.

And there are no claw backs on Old Age Security payments if you move to the U.S.

“They’ll even convert it into U.S. dollars for you without any withholding tax. It’s a phenomenal thing.”

Keats’ book attempts to illustrate how the tax rate for Canadians is lower in the U.S. than it is in tax haven islands for 12 out of 13 possible income streams.

But it’s not all cut and dry, warned Jim Yager, partner and practice leader for international executive services at KPMG Canada.

Not all states recognize the foreign tax credit Keats refers to (California is one of them) and while the U.S. does not tax regular pension withdrawals, portfolio gains are taxable.

“Where you could run into problems is if there is substantial appreciation in the assets,” Yager said.

Still, Yager agrees retiring stateside can pay off for wealthy Canadians willing to give up their property in this country.

“I think what people have to do is look at their tax needs and their personal needs,” he said.

“For a number of people, moving makes a lot of sense. For others, it doesn’t make much sense at all.”

As far as access to healthcare is concerned, Keats says it’s a non-issue with adequate U.S. medical coverage. Canadian citizens can easily regain access to provincial healthcare systems simply by moving back home. Both countries have top-notch doctors, he said. “It’s the best of both worlds.”

1. Decide how much time you want to spend in the U.S. each year.

“That will dictate what they are going to need for medical coverage and it will also dictate their tax obligations to Canada,” he said.

2. Then seek professional advice to help ensure you don’t wind up paying extra taxes instead of reducing their taxes.

“It can work in reverse for those who don’t plan.”