Why the 4% withdrawal rule may not be safe

Retirement expert Moshe Milevsky hates the 4% rule. The decades-old maxim states that you can withdraw 4% of your nest egg each year after you retire and you’ll never run out of money. But Milevsky says for most individuals, it’s just not true. Sure, if you’re male, you retire right at 65 and you’re completely average, then it applies, he says. “But what’s average?” The rule doesn’t apply to women at all, he notes, because they live longer, so they’re more likely to run out. As the chart below shows, “average” women should instead budget for 3.6% or less to be safe. 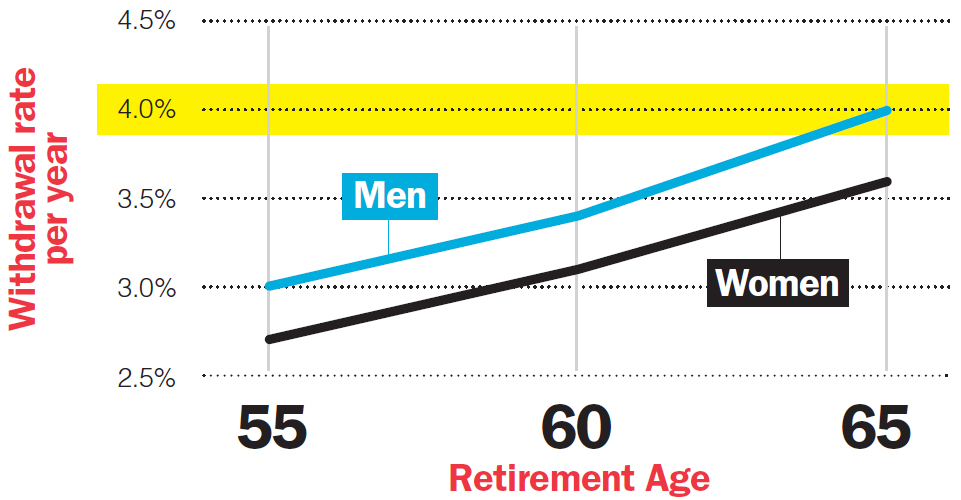 Assumptions: Initial withdrawals are increased annually for inflation. Portfolio is invested 50% in stocks and 50% in bonds, and the inflation rate is 2%. Source: M. Milevsky and F. Habib, CANNEX