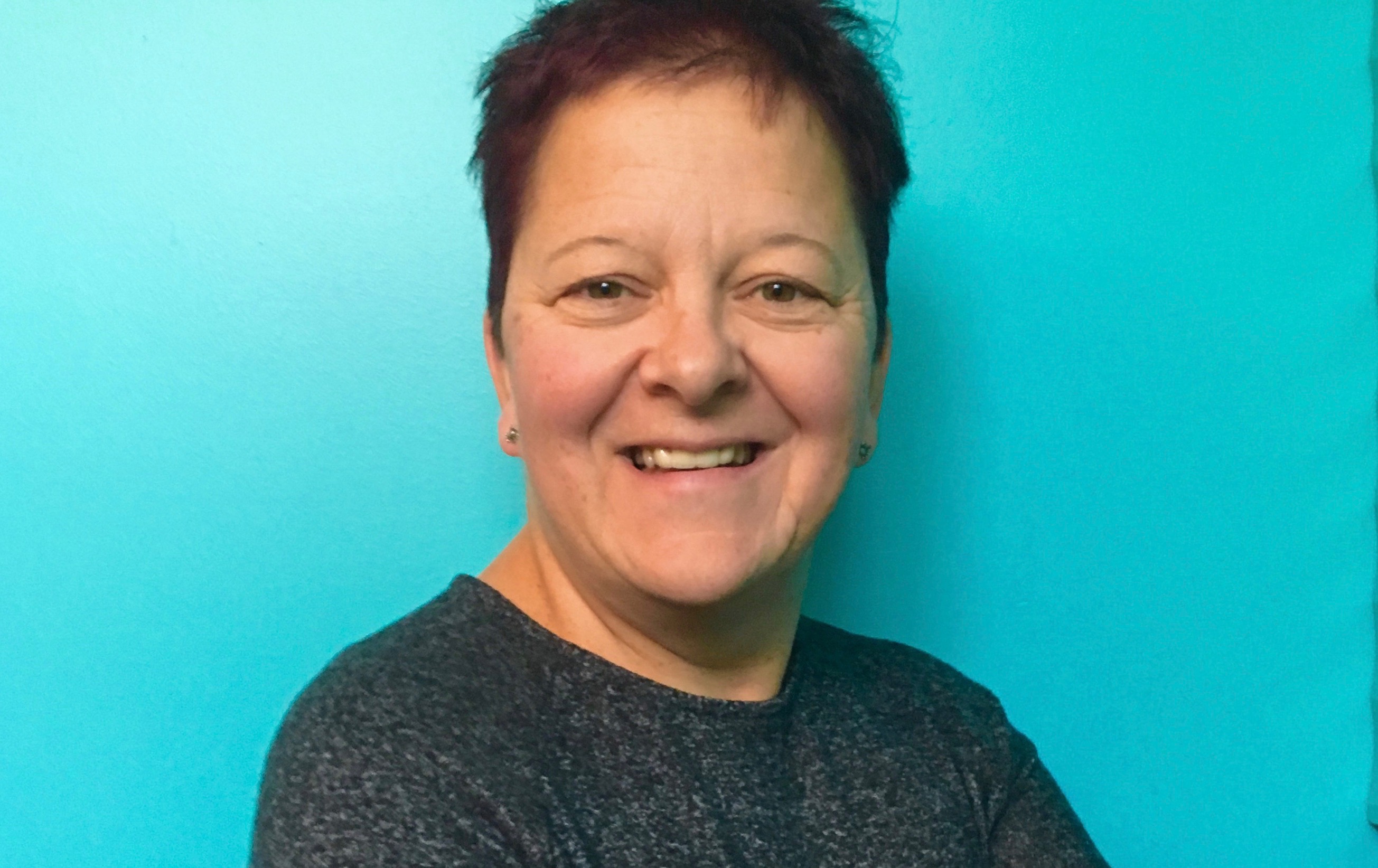 Nathalie Ouelett, 54, works in the audit department of the Quebec government in Quebec City. She loves her job but says she has so much that she still wants to do in life that she’s going to hang up her hat from full-time work. “I have 177 sleeps to go,” says Nathalie, who laughs and says she was born ready to retire and can’t wait. “I’m not worried about being bored at all. I have lots of interests and plan to pursue them.”

From spending more time fixing up her rural cabin to signing up for swimming lessons and spending more time on her stained-glass hobby, Nathalie has planned well for the day when, at 55, she will have completed 10 years at her government job, and she can walk away with a defined benefit pension plan that pays $17,000 annually for life—starting when Nathalie turns 60. “It might not sound like much because after all, I only worked at the government for 10 years, but I’m a good saver and can live on a modest income of $35,000 net for life and be very happy, and that’s what I plan to do,” says Nathalie. “But until my $17,000-a-year government pension kicks in at age 60, I will have to finance my $35,000 net [income] for living expenses from my investments.”

Nathalie has been meticulous in planning her finances, a habit that dates back to age six, when her parents helped her learn the basics of good saving and investing. “Mom was in charge, and she showed me the value of saving and earning a dollar,” says Nathalie. “I even remember, when I was a teenager, using my bike to sell Avon cosmetics in our small Quebec village where I was raised,” says Nathalie. “I like to learn about everything and have really enjoyed learning about investing.”

Still, Nathalie is a bit flustered. After all these years of saving and investing, she will finally have to turn to drawing down her portfolio, and she wonders about the best way of doing that so her money lasts until age 100. “There’s longevity in my family, so I want to make sure I can live my simple lifestyle until then, if I’m fortunate enough to arrive there,” says Nathalie.

READ: How can I use my extra RRSP room when I retire?

To prepare for leaving the workforce, Nathalie spoke to her financial advisor last year to ensure she had enough money to retire on. “But he also mentioned that since I will need $35,000 annually until age 60, when I can start my $17,000-a-year annual pension, I should withdraw this $35,000 annually from my RRSP,” says Nathalie.

As a result of that conversation, Nathalie has set up a GIC ladder with $35,000 rungs. “I know that I’ll pay taxes on the $35,000, but I could sell some ETF units in my non-registered account to pay for it if need be,” says Nathalie.

Nathalie has run the numbers herself. She earned $40,000 this year. After she retires, she plans to use a $15,000 GIC rung plus $10,000 from her high-interest saving account in her unregistered savings account to live on until January 2019. At that time, she’s going to tap into her RRSP since her taxation level is going to go down dramatically because she won’t be earning her salary anymore. “That’s the plan for the first five years—2019 to 2023,” says Nathalie.

MORE: How to calculate withdrawal rates on your RIF

Starting at age 60—at the end of 2023—Nathalie figures her RRSP will be worth around $155,000 (assuming a 0% return, to be conservative.) But Nathalie has three questions. First: “Should I do what the advisor recommended and use the RRSP to fund my first five years of retirement from age 55 to 60?”

Second, Nathalie worries that as she uses up the fixed-income portion of her RRSP, her asset allocation goes down to 50% in fixed-income securities from 65% today. “I read somewhere that as you age you should have a higher percentage in equities,” explains Nathalie. “So should I stick with a 65% fixed income, 35% equity allocation until age 60, and then when the defined benefit pension plan payments of $17,000 annually kick in, should I switch to a riskier portfolio with more equity? And if so, then I should sell some equities every year and buy a new five-year GIC rung to compensate for the GIC rung that has been spent in any given year, right? Or if not, then I feel like I should let the allocation gradually drift toward equities to finally reach a 50-50 allocation at age 60.”

And finally, Nathalie wonders where her TFSA contributions should come from each year. The RRSP account? The unregistered account? “And is the answer the same for the first five years and then after the DB pension plan kicks in?” asks Nathalie. “I plan to take both CPP and OAS at age 65.”

And even though it looks like Nathalie is being conservative and she’s trying to dot every “i” and cross every “t,” the truth is that she’s worried there will be a pullback in the market at about the same time she retires later this year. “This is a huge decision for me,” says Nathalie. “My money has to last. Am I okay with this plan if in the first year of my retirement the market drops by 30%, say? What should I do? Or nothing?”

One thing’s for sure—Nathalie can’t wait to wave goodbye to full-time work. And she plans to spend all her money by age 100. “I won’t be leaving any inheritances,” says Nathalie. “I want to have a good time in retirement.”

Certified financial planner Jason Heath agrees with the assessment that Nathalie can afford to retire based on the data presented, but there’s not a huge buffer, and the math assumes all factors are held constant. Here is his assessment of her retirement numbers.

This just goes to show you that retirement modelling is a sensitive science. In fact, it’s more of an art than a science.

I’m guessing that Nathalie doesn’t have a lot of variable, optional expenses in her $35,000 budget, although she does have the cabin that could be sold in the future. Most of her expenses are likely fixed expenses. And her real estate provides only a modest buffer at $150,000 as compared to a retiree in Toronto or Vancouver, where a home could be worth significantly more.

It’s true, $35,000 is a reasonable retirement budget for a single retiree. According to the Statistics Canada Survey of Household Spending from 2016, the average single person in Canada was spending about $36,000 excluding income tax, insurance and pension contributions. Averages are a starting point—Nathalie knows best what she spends and can live on. Certainly, some single people, particularly retirees, can live on much less than $3,000 per month.

READ: How to make your TFSA and your work pension work together

I think it’s important when people are creating a retirement budget to consider extraordinary expenses. Nathalie may figure she will only spend $35,000 per year, but she needs to consider car replacement, home repairs and medical costs. She may buy three or more cars during the rest of her life, and that needs to be considered. She owns two properties, including a rural cabin. Ongoing repairs and renovations may be required and may not be factored into her budget. She likely has medical coverage now at work that could mean such expenses are out-of-pocket expenses post-retirement. And if she sells her cabin in the future to buy an RV, she will likely have to consider capital gains tax on the sale.

Nathalie mentions she wants to ensure her money can last until age 100 given the longevity in her family. Family history aside, a 55-year old woman has a 50% chance of reaching age 91 and a 10% chance of living until age 100. So most people should be planning to live to 90-plus unless they have a strong reason to believe their life expectancy will be short.

Of note, it appears that her pension plan will be indexed to the greater of 50% of inflation or inflation less 3%, so I’ve assumed 1% annual indexing and 2% future inflation.

Nathalie mentions that she plans to take CPP and OAS at age 65. If she thinks she will live to age 100, that longevity is a reason to consider deferring these pensions until as late as age 70. Both pensions are adjusted higher if you defer them and keep paying forever, reducing the reliance on your investments. Deferring pensions is kind of like insurance against the risk of living too long.

I think taking some RRSP withdrawals over the next five years is wise advice, and her five-year GIC ladder makes it easy. If she proceeds on this basis, her taxable income appears to be pretty stable throughout retirement and always in the lowest combined federal and Quebec tax brackets, which is what you want. People often opt for tax deferral at all costs, and in this case, it would mean Nathalie would have a low tax bracket from 55 to 72 and draw more heavily on her non-registered and TFSA investments in the interim. Her RRSP/RRIF withdrawals in her 70s would push her into a higher tax bracket at that time.

I think Nathalie needs to base her asset allocation in large part on her risk tolerance. If her current 50% stock allocation overall is a fit, great. I’d be worried if she wanted to try to achieve her retirement goals with a lower allocation to stocks because I think she needs stock market exposure to ensure her money outlasts her, despite her stated intention to spend it all. I’d love to see her TFSAs allocated more toward equities though, given that’s the account she will hopefully withdraw the least from during retirement. She will be drawing more heavily and more imminently on her non-registered and RRSP investments. Furthermore, her TFSAs are the place to have as much tax-free growth as possible.

So while I think Nathalie’s retirement plans are attainable, my warning is that she doesn’t have a lot of leeway. She’ll need to maintain a healthy exposure to stocks and monitor her spending. Deferring her pension income can help reduce the risk of her money running out in her 80s and 90s. And while life expectancies are rising and we want to plan for financial independence in retirement, life is about balancing living today and planning for tomorrow. I just lost a friend to cancer at 45, and it helps reinforce the fact that none of us really knows how long we’re going to live. If we did, it might make retirement planning a bit easier.

Note on the assumptions on the numbers: These numbers are based on a DB pension payment of $17,000 annually indexed at 1% based on Heath’s research on the Quebec government employee pension plan. The inflation protection for service after 2000 is only indexed at 50% of inflation or inflation less 3%— whichever number is higher. For all intents and purposes, that means 50% of inflation will be the higher number and 50% of 2% is 1%. Nathalie has been there 10 years, so all her service should be post-2000.

It was also assumed that Nathalie received 75% of the maximum Quebec Pension Plan (QPP), given that early retirement means she probably won’t have enough years of service to qualify for the full pension. Heath assumed 100% of the maximum OAS, which you get as long as you’ve lived in Canada for at least 40 years after the age of 18.