Three kids, no income and one of the parents is in school. Can the Flanagans buy a house?

Jillian Flanagan, 33, is sitting at the kitchen table surrounded by bills that have to be paid. Her husband Simon, 35, has been a full-time medical student for four years now while Jillian has been a stay-at-home mom to Amanda, 5, Patrick, 3 and Teddy, 1. With no income and about $183,000 in car loans, lines of credit and interest-free loans from family, Jillian has been juggling expenses and looking forward to this January when Simon finally starts earning some income from his residency program. “It’s been challenging for our family, especially since we moved halfway across the country to Edmonton so Simon could start medical school, leaving most of our family and support network behind,” says Jillian. “I learned the term ‘medical widow’ and it has proved to be true.”

Simon, too, feels he has missed a lot on the home front. (We’ve changed names to protect privacy.) “When Jillian and the kids go to the park on weekends, I’m studying in the library,” says Simon. “It’s been hard staying focused but I’m hoping it will all be worth it in the future.”

Starting in January, Simon will start earning an income—$50,000 gross in 2017 and $60,000 the following year. “We hope to make ends meet those two years,” says Simon. While they’ll continue renting, the plan is to buy a $500,000 house in 2019, when Simon takes over part of his father’s medical clinic in Hamilton, Ont., and starts earning $150,000, after taxes annually. The couple currently has two goals: Pay off debt and save to buy a house for their growing family.

But years without an income have taken a toll. Their largest expense is rent and shelter costs, which total $31,123 each year. They also pay $15,000 in annual tuition bills, as well as $7,000 for flights back to Ontario for Simon’s medical school electives. Coupled with raising three small kids, their annual expenses put them in the red about $82,255 last year. Their net worth has also taken a hit, mainly because they’ve had to borrow money to finance living expenses while Simon finished his medical studies. Total liabilities? Precisely $183,746. That includes a $31,746 car loan, $75,000 on their line of credit as well as a loan for $77,000 from Simon’s parents. But the books aren’t totally in the red. The couple currently has $45,480 combined in RRSPs, TFSAs and unregistered assets, as well as $26,600 in RESPs for the children—money they saved several years ago when they both worked full-time.

“We’d love to buy a house this January but I don’t think it’s possible, even though we have strong credit scores,” says Simon. The plan had always been to use the RRSP and TFSA savings as a down payment on a house in 2019, but they are tired of waiting. Under the original plan they’d also start repaying the outstanding loans. They estimate the car loan will be paid off in three years and the line of credit and loans from family will take 10 years to repay.

In five years, Jillian plans to return to work, too, earning $35,000 annually. But 2019 is the year they feel big changes will start to happen for them. “We’ve fallen behind,” says Simon. “We want a simple savings plan we can stick to.” The family treasures trips with the kids to the park, library and recreation centre. “We’re looking forward to doing a lot of the simple things together—the usual things that most families do together,” says Jillian. 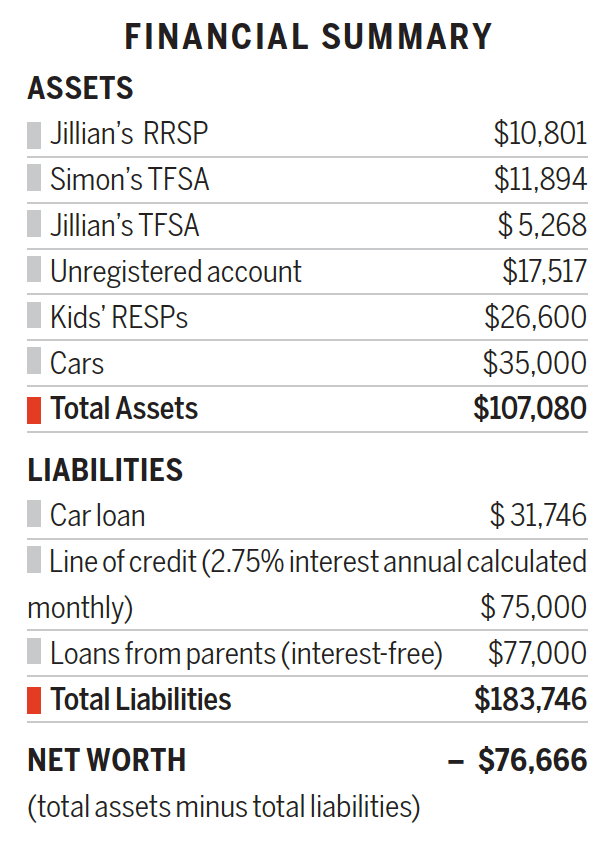 Living with debt is not easy and they have a few tough years ahead of them as they’ll have to borrow a little more to get by. “They are doing amazingly well with only $183,746 in total debt while having practically no income for years,” says Annie Kvick, a fee-for-service planner in North Vancouver. And while they don’t have positive cash flow or positive net worth today, they will soon. Here’s what they should do:

They should follow their instincts. Even though Simon will be earning up to $60,000 in each of the next two years, this won’t actually be enough to secure a mortgage. Even if the Flanagans were approved to buy a house with a $50,000 down payment, owning a home would mean an extra $10,000 annually in housing costs. That’s in addition to the extra $30,000 in debt they’ll incur over the next two years, just to meet expenses. So, Kvick suggests they continue to rent, at least for now.

Once Simon starts working full-time, the Flanagans, who live modestly, will be able to save $70,000 annually. “The couple should aim for a 20% down payment of $100,000 on a $500,000 home so they won’t have to pay the CMHC mortgage insurance fee,” says Kvick. They should also aim to repay all their outstanding personal debt by 2029—something they can do easily once both Simon and Jillian are working full time.

Once Simon starts working at the clinic, the couple should start a corporation and use it to save for retirement. This will also allow Simon to income split with Jillian, who will be in a lower tax bracket. “The only savings they should have outside the corporation are the children’s RESPs which should be invested 60% in equities and 40% in fixed income investments” says Kvick.

Income split with the kids

Kvick recommends the couple wait until the kids are age 18 before opening a family trust and income splitting with them. “They will be able to get $30,000 annually out of the corporation tax-free,” says Kvick. “This will save them taxes and the money can be used to further their education.” If Simon incorporates it will be better for him to keep money in his corporation rather than paying down the mortgage quicker. “As long as the house is paid off by the time they retire, they’ll be fine,” says Kvick. 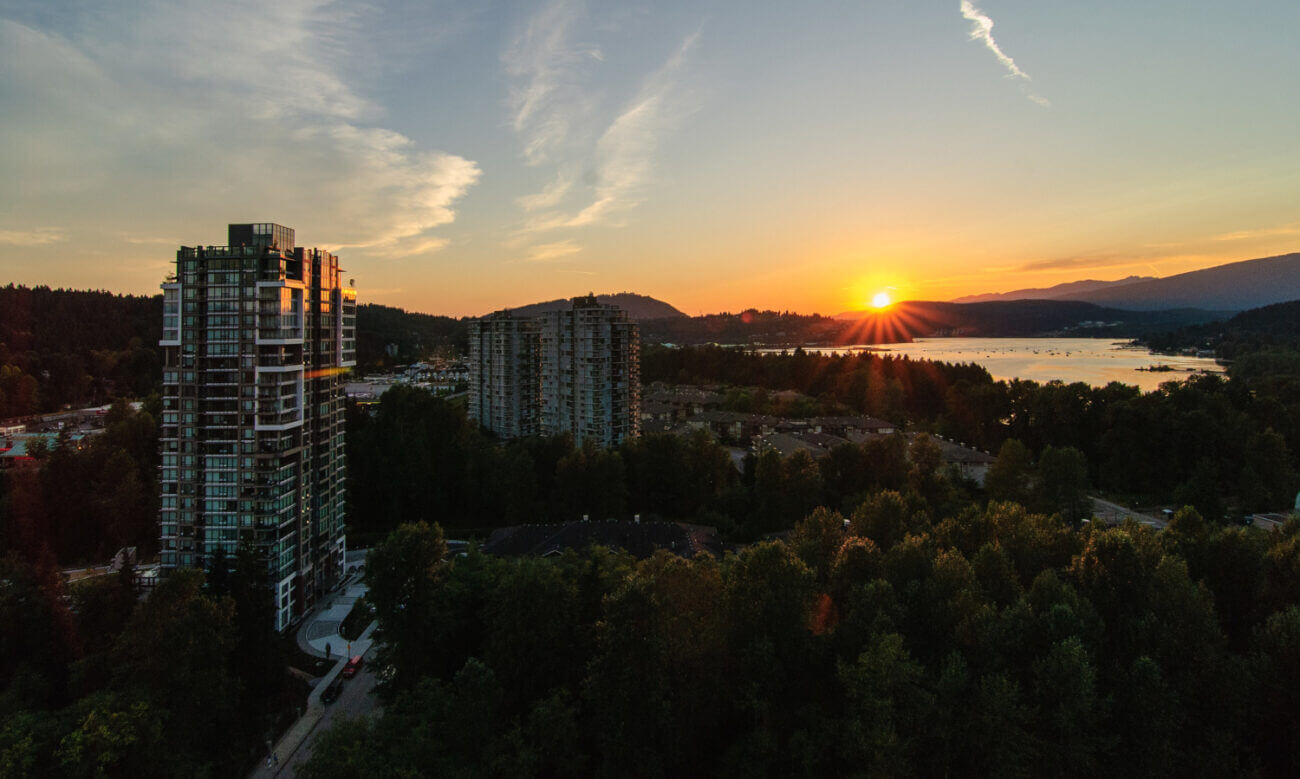 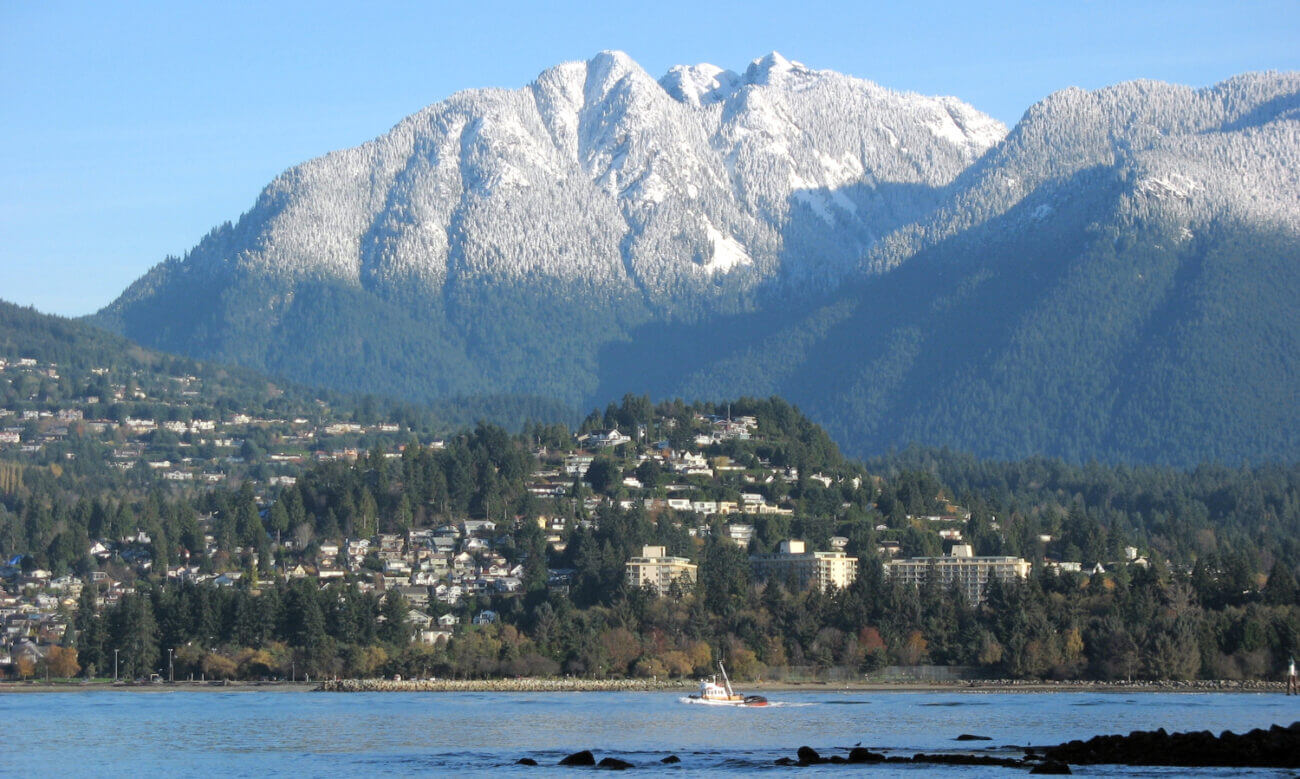 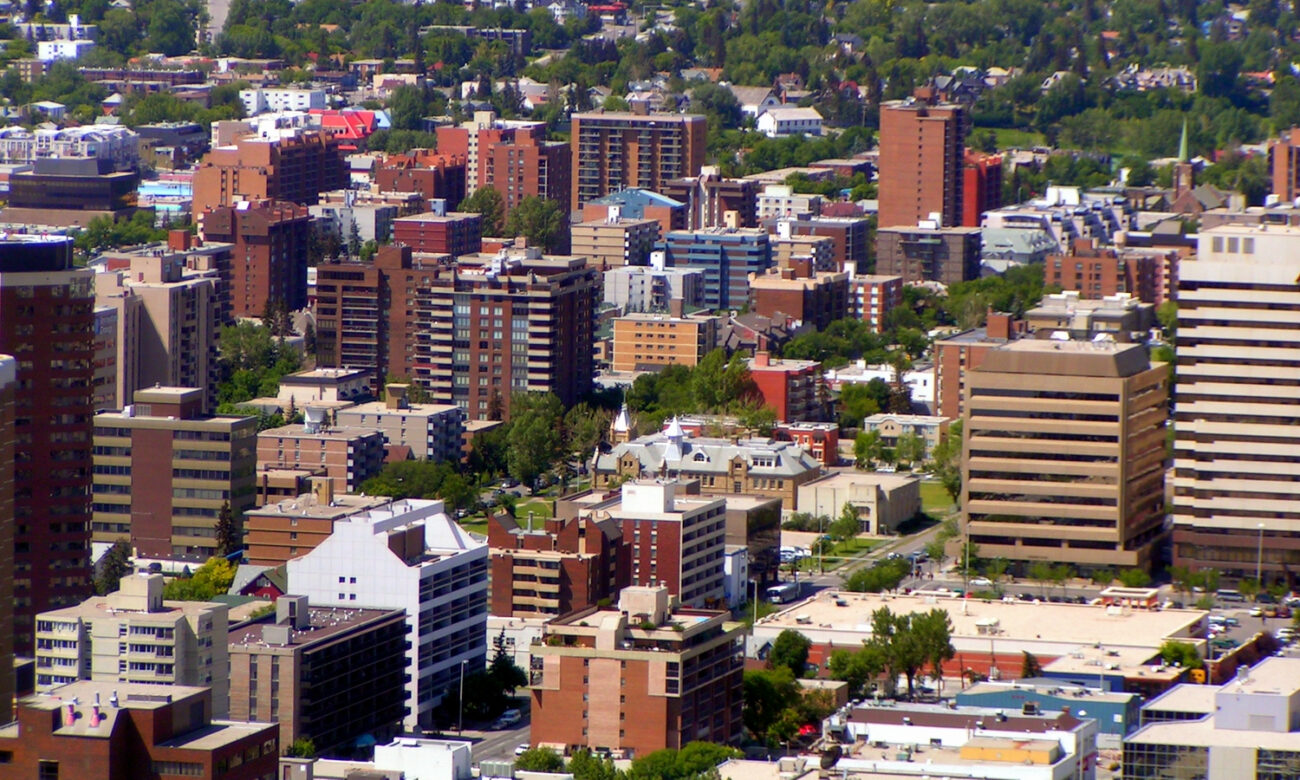 Last year was the biggest for real estate growth...