What housing inventory numbers can tell us

The months of inventory ratio shows most of the country is in a seller's market, as of September 2016

The number of months of inventory (MOI) is an important measure for determining the supply and demand equilibrium in the housing market. This ratio represents the number of months (or days) it would take to completely sell the homes that are currently listed for sale, based on the area’s current rate of sales activity.

According to the Canadian Real Estate Association (CREA), there were 4.8 months (144 days) of inventory on a national basis at the end of August 2016. In CREA’s national statistic package release it’s noted that the MOI has been trending lower since early 2015, “reflecting increasingly tighter housing markets.”

How to calculate MOI (months of inventory)

It’s a seller’s market if there are four months (approximately 120 days) of inventory or less.

It’s a balanced market if there are four to six months (approximately 120 to 180 days) of inventory.

It’s a buyer’s market if there are six months (approximately 180 days) or more of inventory.

What type of market are we in?

Housing in Canada is regional and there can even be differences from province to province, city to city and even neighbourhood to neighbourhood.

At present, most of the major urban centres in Canada are either in a seller’s market or a balanced market, with the exception of the Atlantic provinces. The East Coast housing markets remain in a buyer’s territory. 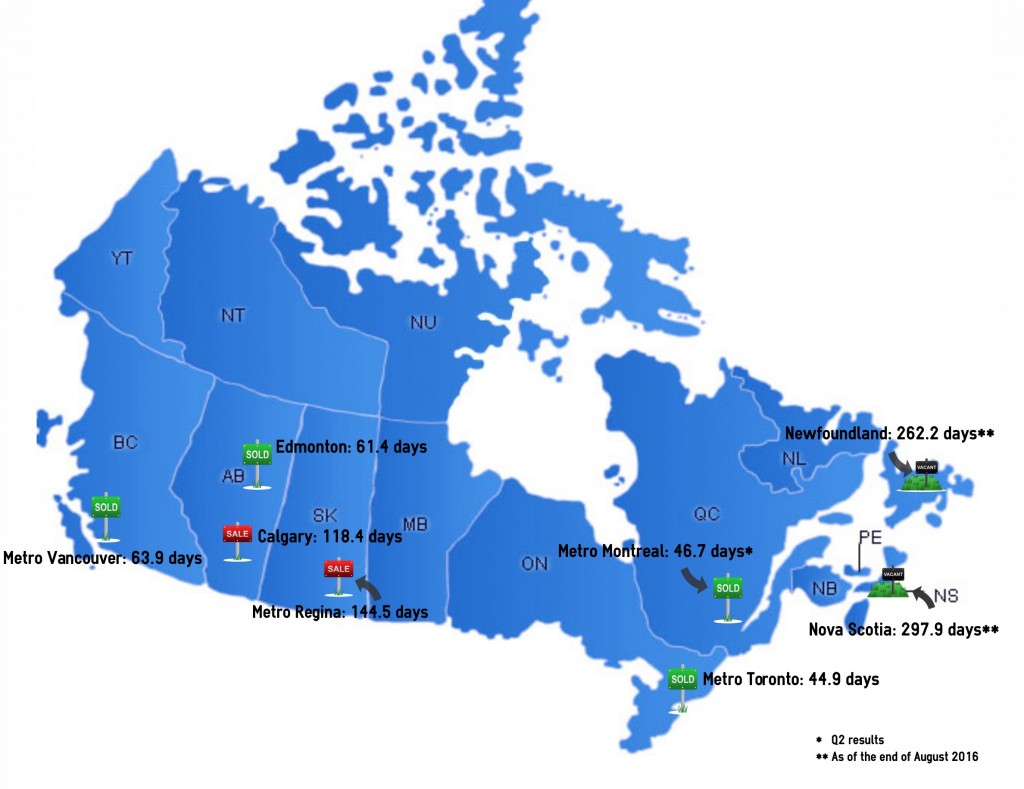