The minivans of yesteryear were boxy beasts that guzzled gas and had a penchant for breaking down. But the new breed of people movers is sleek, sexy and loaded with premium features that would make a German sedan envious. However, the thing that keeps minivans in vogue is their cavernous interiors. No other kind of vehicle can carry as many people or as much cargo, plus they sip less fuel than most full-size SUVs. Here, we ask our expert auto panel to find out which of the five minivans offered to Canadian consumers offers the best combination of value, safety and reliability. 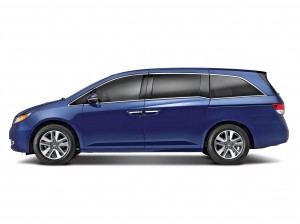 Rarely the sales leader, but always the benchmark by which all other minivans are judged, the Odyssey is packed with technology to protect your little ones, keep them entertained and even clean up their messes. “It has a versatile, spacious interior with innovative features like a purse holder, a cold-beverage storage spot and in-vehicle vacuum cleaner—a world first in a minivan,” says auto writer Petrina Gentile. The Odyssey also burns less fuel than some competitors by shutting down some of its cylinders when idle or during highway cruising. One of the few critiques of Honda’s venerable van is its high price. Journalist Jil McIntosh suggests going without the top-of-the-line features and pocketing the difference. “All models are well-equipped and you can use some of the savings for a good Shop-Vac.” 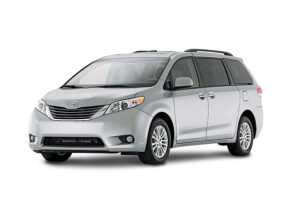 Similarly priced to the Odyssey, Toyota’s minivan is a great choice for families that don’t mind spending a little more to ensure reliability and a higher resale value. However, our experts were less impressed with the Sienna’s looks. “I absolutely hate the styling,” says automotive expert Dave Redinger. “It looks unfinished when viewed from the front, yet you can’t argue with the quality of the build and known reliability.” Jil McIntosh notes it’s the only vehicle in our group that can be ordered with all-wheel-drive. 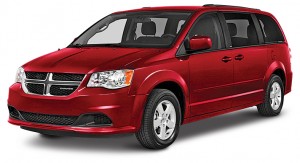 The original minivan and still the top seller thanks to its combination of versatile seating and value. Every Caravan comes with “Stow ’n Go” third-row seats that can disappear into the floor. However, you have to move up in price a bit to get the second row of seats to perform the same magic trick. Only the top-tier models come close to the entry level cost of the Japanese models, but there’s a price to be paid for such a bargain. Gentile says the Caravan’s engine is “noisy when pushed” and “road and wind noise seep into the cabin often.” 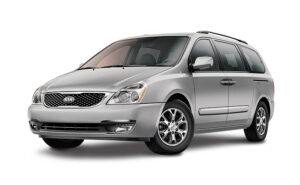 Just when GM and Ford bailed out of the minivan market, Hyundai and Kia stepped in with their own identical minivans. The Hyundai Entourage was dropped in 2007, but its twin carries on as the Kia Sedona. Ron Corbett of the Automobile Protection Association praises the Sedona for its smooth drivetrain and “nicely finished cabin with simple, logical controls.” Auto writer Nika Rolczewski laments the bland exterior, but says it gets the job done. “Like support hose, the Sedona doesn’t have to look pretty to do its job.” 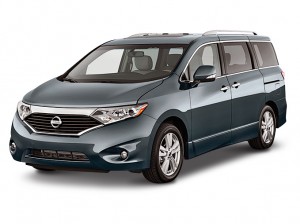 (Pricing to be announced)

The quirky-looking Quest may be the next minivan on the chopping block. Nissan no longer stocks them at its Canadian dealers because of waning demand. Instead, Nissan says Canadians will only be able to buy Quests on a “build-to-order basis.” Gentile says the Quest always drove well, but neither the second- nor third-row seats fold into the floor and the second row can’t be removed. Pricing has yet to be announced for the 2014 model, but the 2013 started at $29,998 and climbed to $46,998 for the premium version.

How we came up with the numbers

Scores listed are out of 10; the higher the number, the better. Cost of ownership data comes from the Automobile Protection Agency (APA) and includes purchase price, cost of ownership and resale value. Reliability and safety data comes from the APA and the Insurance Institute for Highway Safety. Driving experience is the average of scores provided by our expert panel. To determine our top car, we allocated 20% of the overall score to cost, 20% to reliability, 10% to safety and 50% to driving experience.

Jil McIntosh: Auto writer with the Toronto Star and Metro