The dark side of personal finance

Olen's criticisms of the personal finance industry pretty much apply worldwide and certainly in Canada. 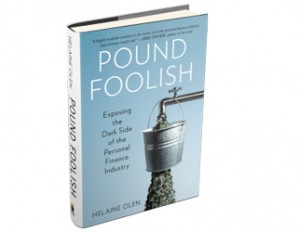 In some two decades of writing about personal finance and reviewing hundreds of books about money, I’ve never seen the kind of publicity being generated by Pound Foolish, an exposé written by veteran freelance Personal Finance writer Helaine Olen.

I’ve now read the book cover to cover and can add to the praise being heaped on it. While the focus is on the U.S. personal finance industry—Olen is based in New York City—the criticisms pretty much apply worldwide and certainly in Canada. Virtually all the major personal finance “gurus” come under fire, including Suze Orman, Jim Cramer and David Bach, to pick the three who are singled out in the front flap.

A who’s who of financial pundits

Maybe the 99% aren’t to blame for their financial woes

Other reviews have already picked up on Olen’s criticism of the notion—propounded by Bach and  others—that giving up everyday treats like a Starbucks latte can ever lead to financial salvation. Olen sympathizes with the Occupy Wall Street movement, suggesting the real problem with most people’s fragile finances is income inequality. “If so many people were in their situation, maybe the fault was not theirs alone,” she writes. Personal finance tends to be an offshoot of the self-help industry but Olen suggests that by focusing on society rather than individuals, financial problems are politicized: “When we used our voice and spoke up publicly, it became clear that our personal financial woes were, in reality, our collective financial woes.”

Unfortunately, too many personal finance gurus have promulgated the notion that merely by adopting their own good financial habits and balanced investment portfolios, the less financially fortunate could “compensate for stagnant and falling salaries.” Olen suggests this notion may amount to “at worst … a lie.” 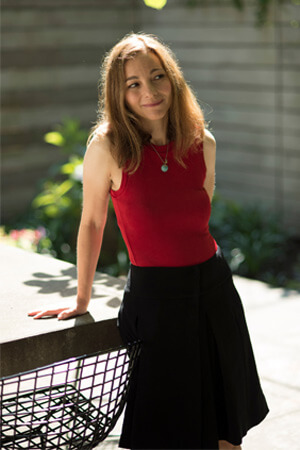 She comes down hard on the financial literacy movement, pointing out the “fox guarding the chicken coop” aspect of attempts by the financial industry to raise financial literacy when so much of the industry actually profits from ignorance. I’ve made similar points myself about Canada’s industry: can the mutual fund industry (which charges fees considerably higher than America’s) really be motivated to tell young investors about the existence of lower cost and more tax-efficient ETFs? Do credit card companies sincerely want young people to understand the power of compound interest working in reverse? As the book notes, the entire financial literacy movement is “largely funded and promoted by the financial services sector.” And, Olen further points out, “an educated consumer is, for many firms, their worst customer. Seventy percent of profits in the credit card industry come from people who do not pay off their bills in full every month.”

Little wonder that many critics are questioning whether financial literacy has lived up to its hype. In my own experience, there’s a large element of “preaching to the converted” and I wonder whether the message is filtering down to those who really need to hear it.

The mirage of retirement

Clearly, the endgame of all personal finance coverage is retirement. Olen devotes chapter four to this under the title Slip Slidin’ Away: The Coming Retirement Train Wreck. The chapter begins with the story of a 62-year-old American woman who for decades did all the “right” things advocated by the personal finance gurus: she stayed in a corporate job for 17 years, put 10% of her salary into her 401(k) pension, saved another 10% beyond that, avoided all credit-card debt and even “eschewed lattes… She did everything right. She was good.”

Then she lost her job around 2008, ran out of unemployment benefits and is considering drawing Social Security benefits much earlier than she had once planned. And she was among the minority that did all the “right” things. By contrast, only one in five American workers over the age of 55 have saved $250,000 or more for retirement. The average account balance of 401(k)s is a mere $75,000, nowhere near the $1 million net worth most of the experts cited by Olen believe is necessary to retire on.

Whatever the term, Olen’s deep research and accessible writing style puts a whole new spin on this mega-industry. It’s well worth reading and heeding.