What is a socially responsible fund? - MoneySense 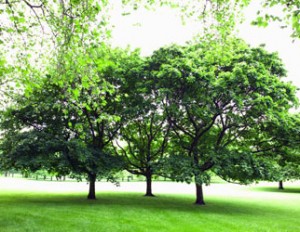 What can you tell me about socially responsible exchanged-traded funds?

There are indeed socially responsible exchange-traded funds. In fact, I think if the ETF companies thought they could make money tracking the performance of dentures or nose rings, they would. So you are in luck. But the challenge may be finding a product that fits with your definition of socially responsible.

Socially responsible is tough to define

If you were looking for an ETF that tracked banks this would be an easier question. You can gripe about the fees they charge and the hours they’re open, but a bank is pretty much a bank. A socially responsible enterprise is tougher to define; you may view “being responsible” differently than I do.

Take the Janzi Social Index Fund from iShares (XEN) as an example. Its fact sheet says that the index includes Canadian companies that “reflect a higher standard of environmental and social performance.” BCE is on the list. Canadian Pacific Railway is too. But you might be surprised to see names such as Suncor, a company with a massive presence in the oil sands, or Lundin Mining, which has a stake in a copper mine in war-torn Democratic Republic of Congo. That wouldn’t bother me, but it just might bother you.

In food terms, you might say that the Janzi fund is vegetarian. But if you are a clear-cut vegan, Janzi’s standard for “environmental and social performance” might not be high enough. Just as you’d read the label on that vegetarian chili before you bought it, be sure to read the contents of what is included in any socially responsible fund to see if the ingredients work for you.

There is also a difference between ETFs that focus on socially responsible practices like carbon offsets, community involvement and the protection of animal rights as well as those that focus on environmental products or services. The former category can include companies from almost any industry. The latter focuses on those that stand to benefit if the environmental sector grows.

One example of the latter category is the Huntington EcoLogical Strategy ETF. It focuses on companies that will benefit from “increased environmental legislation, cultural shifts towards environmentally conscious consumption, and capital investments in environmentally oriented projects.” This distinction is important because the factors affecting the underlying companies will be different.

If a law were passed in California requiring that all new homes have solar power, it could dramatically affect the performance of companies that built those panels. That might affect an ETF that focused on the environmental products, but would have little impact on an ETF that held stocks with strong environment practices.

The world of exchange-traded funds used to be so simple. The initial products were managed using a passive strategy—which is to say that they simple held the securities that were included in a particular index. But more recently there has been an increase in active ETFs. This is where someone is paid to actively decide what goes into the ETF and what doesn’t. The management expense ratio is often higher with active products and the investor has to rely on the intelligence and skill of the manager, like they would if they were in an actively managed mutual fund.

I don’t have a passionate opinion about either approach, but you do need to know which your chosen ETF is pursuing. Below is a short list of ETF options to consider. It doesn’t include ones that focus on niche industries, like the GEX, which follows the alternative energy sector for example. But it does cover the main options available to a Canadian investor.

Some tips on socially responsible investing

I have written before on some things to keep in mind before you decide to pursue a strategy of socially responsible investing. Click here to review my top tips.