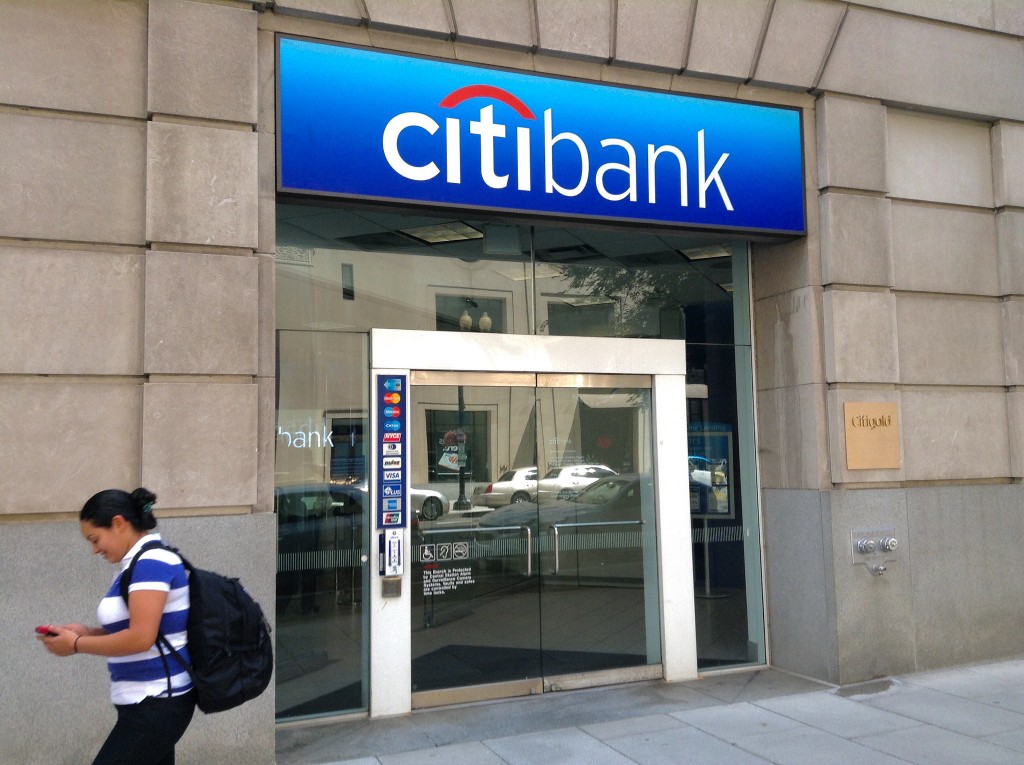 Next up is a similar table for the U.S. big banks from the diversified and super-regional industry subgroups.

The U.S. banks pay a lower average dividend yield of 2.2%, whereas the Canadian banks pay an average yield of 3.7%.  But the U.S. banks trade at lower book value multiples with a harmonic average of 1.29 versus 1.73 north of the border.  Both offer roughly similar earnings multiples.

Overall, the big U.S. banks look relatively attractive based on their lower book value multiples and lower leverage ratios.  The institutional memory of the big crash is hopefully still very real in the U.S. and it should help curb excesses in the near term.  It’s harder to make a similar claim in Canada.

OK, let’s shift gears to another investing strategy. Investors following the Dogs of the Dow strategy want to buy the 10 highest yielding stocks in the Dow Jones Industrial Average (DJIA), hold them for a year, and then move into the new list of top yielders.

Here’s the updated Safer Dogs of the TSX, representing the top yielders as of June 8. The list is a good starting point for those who want to put some money to work.  Just keep in mind, the idea is to hold the stocks for at least a year after purchase – barring some calamity.

As always, do your due diligence before buying any stock, including those featured here. Make sure its situation hasn’t changed in some important way, read the latest press releases and regulatory filings and take special care with stocks that trade infrequently.  Remember, stocks can be risky.  So, be careful out there. (The author may own shares of some, or all, of the stocks mentioned.)