How much should you leave the kids?

The answer may be nothing. 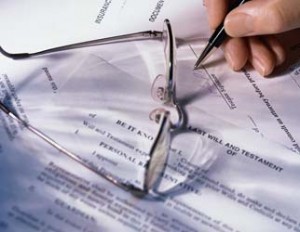 Carl Anderson is 76, has two grown children and a $2.5-million fortune that he made investing in the stock market. He also has a well-thought-out estate plan: when he and his wife Thelma die, his kids won’t get a dime.

Is Anderson on the outs with his heirs? Not at all. But he brought them up to be independent. When his son and daughter were in high school, he decided that he would help pay for as much schooling as they wanted â€” and that would be the end of his parental responsibilities. Anderson, a retired school principal, wanted to give back to children in general by leaving the remainder of his cash to a foundation that will fund kids’ charities for decades to come.

You might think that his son and daughter would be upset, but they’re just fine with their dad’s plans. They understand their father’s reasoning and they’re grateful because, as his portfolio has grown, he’s continued to give them generous gifts. He set up Registered Education Savings Plans (RESPs) for his grandchildren and gave each of his kids cash that they could spend on anything they wanted. His son, a dentist, has already used his share to buy a summer cottage.

Carl’s estate plan was successful because he took the time to think about the goals he wanted to accomplish, then worked backwards from there. To do as he did, ask yourself these questions:

What’s the money for?

Too many people plan their estates by focusing only on how to minimize taxes. While taxes can be important, far more important is knowing what you want your money to accomplish. If you don’t know what your goals are, how can you design a plan to meet them?

When do they need it?

Carl’s kids appreciate receiving their share of their dad’s cash when they need it most â€” in early adulthood. Michael Alexander, a Toronto lawyer, inheritance counsellor and author of How to Inherit Money, says that giving your kids money while you’re still alive is becoming more popular. “In the U.S. a lot of parents are saying you’re getting your inheritance right now because we’re paying for four years at Duke or Yale,” he says. “They’re realizing that setting up their kids with a good education will do them a lot more good than leaving them a sum of money later in life.”

JoAnne Anderson, a financial planner with The Money-Power Group at Raymond James in Mississauga, Ont., (and no relation to Carl), says that considering the “time value” of your gift is becoming more important as we live longer. Many of us are now living into our 90s, and heirs who are in their 60s often have little need for the money. The three most popular ways to give while you’re alive, she says, are to help with the purchase of a child’s starter home, deposit money directly into a child’s RRSP, or like Carl and Thelma did, set up Registered Education Savings Plans (RESPs) for the grandkids.

Different heirs have different needs, so don’t treat everyone the same. Alexander worked with one family who had an only child who was a very talented athlete. So the parents decided that in lieu of an inheritance, they would spare no expense to provide year-round training for their child at the best training centres. “You really have to give some thought to who your children are, and what their interests and aspirations are,” Alexander says. “A child who becomes an entrepreneur will have very different needs from one who becomes a school teacher.”

Have I explained things?

Alexander stresses that communication is vital. He worked with a family with three children, one of whom felt passionately attached to the family cottage. The parents decided to make him the sole heir to the $500,000 cottage, “but they made a deal with their other two kids, and told them they would get other things which are worth just as much,” says Alexander.

Whatever you decide, explain your decision and the reasoning behind it to everyone involved. Otherwise children can take a bequest as a sign you loved their sibling more.

Carl Anderson took the time to talk to his children and explain all his decisions. That’s why he knows his kids are “really happy with what we’ve done.” When you consider that his will leaves them absolutely nothing, that’s not a bad accomplishment at all.

“You want money? Clean up your act”

It’s possible to do your kids harm by leaving them too much money. Michael Alexander, a lawyer, author and inheritance counselor, says he received three large inheritances while he was in graduate school, and it was the most stressful period of his life. “You create tremendous pressure by leaving a large amount of money to a child,” he says. “Some kids even get involved in self-destructive behavior.”

To avoid problems, give your children a portion of their inheritance when they’re younger so they can learn about how to handle money while you’re still around to guide them. “There’s a learning curve with managing money and giving kids a bit of cash early on allows them to make mistakes,” says Alexander.

Of course, you may have to adjust your strategy if your children have alcohol, drug or gambling problems. “In these cases you should set up a trust that might include a family friend and an institution together,” he says. “You can leave a lot up to the discretion of the trustees, including a provision stipulating that if a child cleans up his act, he gets more money.”