Investing: Crooks among us

A bit of homework can save you from losing your life savings to an investment scam. 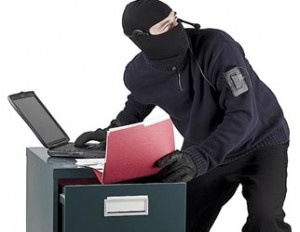 Bernie Madoff, the scammer who defrauded clients of billions, is tucked away in prison. Earl Jones, the Montreal financial adviser accused of stealing $50 million from his clients, is under arrest.

But now is not the time to get all comfortable and trusting. As aging baby boomers try to make up for lost time, the years ahead are shaping up as prime time for con men. “There’s going to be a whole lot of vulnerable people looking for a quick fix for their retirement savings,” says Neil Boyd, associate director of the School of Criminology at Simon Fraser University in Burnaby, B.C. “These sorts of schemes are only going to get worse.”

Boyd has some particularly bad news if you’re an experienced investor. Your experience makes you the perfect victim.

To better understand the psychology of fraud, Boyd interviewed hundreds of victims of Eron, a British Columbia mortgage scam that cost investors an estimated $240 million before collapsing in 1997. He discovered that it was the people who knew their way around the world of stocks and bonds who lost the most money. In fact, the people who considered themselves to be knowledgeable about the securities industry lost 75% more money than those who admitted knowing almost nothing of the markets.

Part of the problem was overconfidence. While some of the Eron investors borrowed to invest in the company’s mortgages, only half read the prospectus or even looked at photos of the properties they were investing in.

Like Madoff and Jones, Eron promised investors a high rate of return. It told investors that they were putting their money into mortgages secured by real estate developments. But investors were actually buying into a classic Ponzi scheme in which money from new investors is used to pay earlier investors. Because early investors get money back, a Ponzi scheme can appear to be a well-functioning business, right up until the moment it collapses.

So how do you spot a Ponzi scheme or evena straightforward con job? A bit of sleuthing can help, says Michael Linthicum, a private fraud investigator in Florida. Many scam artists have left a long trail of deceit behind them. Before you hand over a big cheque to anybody, head online and find out as much as you can about them.

While you’re at it, look for news stories that mention the key names at the top of the company or organization you’re considering investing in. It’s a bad sign if the CEO has previously declared bankruptcy or been involved in other unpleasantness. “I had a client who was going to invest $39,000 into a company supposedly working on electric cars. It turned out the person running the company was already in jail,” says Linthicum. “I found that out just by doing a Google search.”

Even if all the key people in your new investment check out, think twice before jumping in. Ask yourself if you understand—really understand—how the investment works. Yes, that means reading the prospectus and getting acquainted with how the numbers work.

If you don’t understand how the investment generates the returns that it promises, don’t hand over your money. It doesn’t matter if friends and family tell you they’ve already invested and gotten their money back—they could simply be early investors in a Ponzi scheme.

If an investment is being sold by an adviser, check out his or her professional credentials. Jones, the Montreal financial adviser now under arrest, was neither a Certified Financial Planner, nor was he registered with any professional group such as Advocis or the Financial Planners Standards Council. But don’t take the mere factof membership in such an organization as being a guarantee of high ethics. Even if a fraudulent adviser was registered, it’s almost impossible to get your money back, says Ken Kivenko, with the Toronto-based Small Investor Protection Association.

Kivenko suggests you avoid letting anyone control your investments. “Look into doing your own investing online.” If you do need help, consider using a fee-only planner. These advisers (you can see a list at moneysense.ca) charge by the hour and can focus on giving you the best advice rather than selling you products.