Gurchuran Rai has followed a disciplined investment strategy, and it’s paid off. The 62-year-old accountant retired three years ago and is one of four investors profiled as part of MoneySense's "Stocks that pay you back" series. 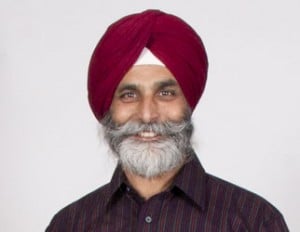 It took Gurchuran Rai a few expensive years to appreciate the advantages of buying stocks for the long haul. Rai’s first investment resulted from a cold call by an unknown broker hawking shares in an electronic monitoring company. He bought a small amount and the stock price went up, so he upped his ante. But it soon crashed and his investment—and the broker who sold it to him—disappeared.

For the last two decades, however, Rai has followed a more disciplined strategy, and it’s paid off. The 62-year-old accountant from Queensville, Ont., retired three years ago.

After a few unsatisfying years in the relative safety of mutual funds, Rai realized he would be better off saving on the management fees by investing directly in his funds’ biggest holdings, which were blue-chip, dividend-paying stocks.

Since making the switch, Rai’s portfolio has grown to 13 stocks that form the core of his portfolio. “These are companies that I understand, are recession-proof, and have a long history of paying dividends.” The cornerstones of his portfolio are Bank of Nova Scotia, a 14-year holding that he likes for its potential in foreign markets, and Enbridge, which he added in 2007 because of its track record of increasing dividends.

“I still keep the worthless stock certificate from that first investment,” Rai says, “just to remind me not to do something like that again.”

Enjoyed this profile? Meet James Ford, another investor featured in our “Stocks that pay you back” series.