RRSPs in your 20s: Getting started

What to do when there's little money left over for RRSPs. 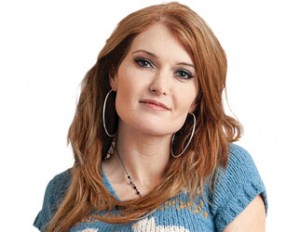 In your 20s, paying the rent and covering your basic needs often takes priority over longer term goals such as saving for retirement. Sure, you want to do the right thing and put a little money away for the future. After all, young people who start investing have the advantage of a longer time horizon to grow their money. But after paying bills and student loans and spending a bit on entertainment and other fun activities, there may be nothing left of your less-than-whopping paycheque.

For many young people, such as 28-year-old Toronto actor and model Lori Bassarab, their first goal is paying down debt. When Bassarab graduated from the University of Western Ontario and got her first full-time job as a marketing manager, she was focused on paying off more than $10,000 in student loans. “I cut back on concerts, vacationing, food and alcohol consumption until it was entirely paid off,” says Bassarab, who is now debt-free.

Bassarab also made some RRSP contributions in her early 20s. “I was interested in reducing taxes,” says Bassarab. “My parents suggested I do it, and I did.” Right now, she holds a couple of stocks in her RRSP but hasn’t checked up on them or made another contribution for a couple of years. “With my modeling job, entertainment and clothing bills are stupid,” says Bassarab. “Once I pay all my expenses, there’s just nothing left at the end of the year.” Her goal? To eventually use her $15,000 or so in RRSP savings to make a down payment on a small condo. “I wish I managed money better. I worry about saving for retirement, so anything that would help make that easier would be great news.”

Kimberly and Brad DeLenardo, both 28, sympathize with Bassarab. The DeLenardos both work for social service organizations in Kirkland Lake, Ont., but say their financial life has become more complicated since their two young daughters—Adriana, 22 months, and Leyla, two months—were born. And even though the couple earns a respectable $110,000 in total annually, they’re stretched to the limit.

That’s because on top of carrying $20,000 in student debt and a $45,000 mortgage on their home, the couple’s expenses just keep mounting. They include a huge $15,000 annual daycare bill when Kimberly returns to work from maternity leave next fall, a much bigger mortgage when they buy a larger home in a couple of years, as well as the $1,000 a year that they contribute to their kids’ RESPs annually. That leaves only about $2,400 a year for RRSPs. “Neither one of us has a company pension, and we won’t be able to contribute much more than this to our RRSPs for the foreseeable future, so we worry,” says Kimberly.

Right now, Brad has $10,000 in his RRSP while Kimberly has $17,000, mostly in bank mutual funds. “I’ve been too busy to monitor returns or look at the fees we’re paying,” says Kimberly. “It gets pushed aside because life gets in the way. But it’s on our to-do list for this year.”

Don’t worry if you’re not building up a large RRSP during the early years of your career. “Saving for retirement is unlikely to be a top priority in your 20s,” says Norbert Schlenker, president of Libra Investment Management Inc. in Salt Spring Island, B.C. “Instead, do what you can to increase your income, cut your expenses, and start cutting your debt.” Remember that reducing debt and saving for retirement are not competing goals: both work together to shore up long-term financial health.

Start by eliminating student loans and other non-mortgage debt—the interest you pay on these loans is usually higher than the guaranteed interest you can earn on investments. Once you’re in the black, you may want to park some money in a high-interest Tax-Free Savings Account (TFSA) to cover unforeseen emergency expenses, like rent if you lose your job suddenly.

This may mean you don’t even make an RRSP contribution in your 20s, but that’s okay: unused RRSP room is carried forward. This works out well, since you will likely earn more money in your 30s, 40s and 50s, and contributions made during higher-income years mean more tax savings. However, if you’re earning a substantial full-time salary in your 20s—$50,000 or more, say—an RRSP contribution could be a good idea if you’ve paid off all your consumer debt and student loans.

The key is to focus on developing good savings habits. “You can start by paying yourself first,” says Marc Lamontagne, a fee-for-service adviser with Ryan Lamontagne in Ottawa. Both Bassarab and the DeLenardos can do that by setting up an automatic contribution to their RRSPs. “Every time they get paid, they should put a percentage, say 10%, towards their RRSPs before paying any other bills,” says Lamontagne.

The trick to building savings is increasing your contribution amount every time you get a raise, says Lamontagne. “You are probably used to living on your current salary, so there is no loss if you divert every raise—or part of it—to savings.” You can also boost your savings by using any tax refunds to make another contribution to your RRSP. This in turn will generate a larger refund next year.

You may have heard that when you’re young, RRSPs should be invested mostly in stocks. However, you may want to buck conventional wisdom and invest more conservatively. If you plan to use your RRSP for a down payment, or if you think you might tap it for emergency funds, then it should be in cash, GICs or short-term bonds. “Those small RRSPs may be the only emergency savings you have and if, like Lori, you plan to withdraw the funds in the next couple of years, you don’t want to have to delay buying a home or condo if the market is down,” says Lamontagne.

If your RRSP is truly for retirement savings and you don’t plan to touch it until you leave the workforce, then you can invest more aggressively. A good plan is to invest 60% of your RRSP money in equities and the remaining 40% in fixed income (bonds) using low-fee investments such as index mutual funds.

As for the DeLenardos, they’re ahead of the game and shouldn’t worry too much about saving for retirement yet. “You can always catch up later,” says Schlenker. “And given the small size of the existing RRSPs, high fees shouldn’t be a big concern now.”