The standard advice from most financial planners is that you should track your spending and saving. Too bad it rarely works

Sherrol Shand, a Toronto IT specialist, vowed to get a handle on her finances by creating a budget and tracking everything she spent. For years she had heard financial experts say that setting savings targets and spending limits and tracking expenses were essential, so she decided to follow their advice to get ahead on her mortgage and save some money for travelling. But after several weeks of recording every cup of coffee and tank of gas she bought, she found herself resenting the activity. “I would come home late and I didn’t feel like logging in my expenses,” she said. Shand also started “cheating” on her budget by labelling some expenses incorrectly to meet her targets. After just two months, she gave up on the project.

Financial advisers recommend expense tracking as a way to figure out where your money is going and to rein in unnecessary spending, but it doesn’t always work. “Often people who naturally have the discipline required for budgeting are already managing their money responsibly,” said Paul Van Slembrouck, editor of the financial site Payoff.com. He says even people with the discipline to record their spending are often unable to hit their targets. “It’s difficult to budget accurately because we cannot predict the future,” he says. “Holidays, vacations and unemployment are just a few factors that cause uneven income and expenses.”

There may be a better way. Instead of tracking expenses, Vancouver-based money coach Sheila Walkington uses a “pay yourself first” strategy: she encourages her clients to create accounts tied to specific long-term goals—for example, a down payment on a home or retirement savings—and to have money automatically transferred into those accounts on payday. That leaves the rest of your money to spend on day-to-day items, which don’t need to be tracked. If a client has a surplus of money left over at the end of the month, Walkington suggests putting that money toward something fun, like a vacation or new car fund.

Sherrol Shand adopted a similar strategy after giving up on expense tracking. Every payday, she pays her bills and then moves money into various accounts earmarked for specific goals. This process, which Shand says is much simpler than a traditional budget, is working. “My mortgage is being paid down and I am travelling, so I’m doing well,” she says. Best of all, it’s a strategy she’s likely to stick to. 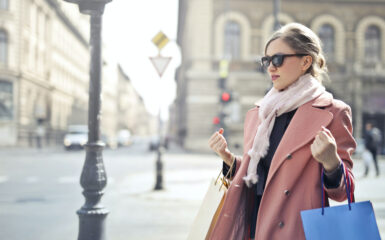 If you've waited until the last minute to contribute...