Don’t take an RRSP loan, unless…

Maxing out your RRSP is a smart move, but for most people an RRSP loan isn't the way to do it. 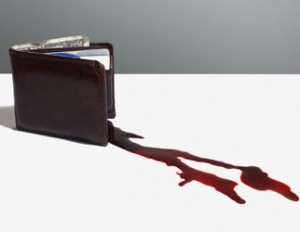 Despite promises of stellar long-term growth and the dangling carrot of big, fat refunds, people are finally figuring out that the only beneficiary of an RRSP loan is the lender, unless…

1. You’re in the highest tax bracket AND

2. You can pay off the loan within one year AND

3. You’ll still be able to make the current’s year RRSP contribution from your cash flow.

This isn’t a case of meeting any one of the conditions; all THREE have to be in place before borrowing makes sense for you. Sure, lenders will push you to max out your RRSP for future growth and they’ll waive the tax refund under your nose as a way to pay off the loan faster. But don’t do it. Here’s why:

1. Unless you’re in the highest tax bracket, those magical refunds you’re being promised won’t show up. Lenders don’t calculate your refund on your declining marginal tax rate when doing a refund projection. They know you’re a sucker for a positive story, so they give you one. They’re banking on the fact that you won’t have considered how a big deduction will reduce your marginal tax rate, which also reduces the refund you’ll get. So you may be expecting a huge refund cheque and be disappointed when it comes in smaller than expected. Less to pay off the loan you took out and more interest to pay in the long run.

2. If you can’t pay the loan off in one year, the interest rate—which isn’t tax deductible—won’t stay the same. Sure, lenders use a constant interest rate in their projections, but with rates as low as they are right now, that’s not going to last. Each time rates go up, so do the interest costs on that RRSP loan. Since you’re paying for that interest with after-tax dollars, your investments’ returns will have to be really great to make up for the interest cost on the loan.

3. If the loan straps your cash flow to the point that you can’t make your current RRSP contribution monthly, next year you’ll be back in the borrowing game. Nice for lenders, but a hamster’s wheel for you. Skip it.

If you’re determined to max out your RRSP for the future, double up your monthly contributions this year. You’ll be catching up on your unused deduction from last year. And you’ll be making this year’s contribution too. Interest cost? None. Hamster wheel? Nope. Smart consumer? You betcha!