The new definition of ‘financial planner’ 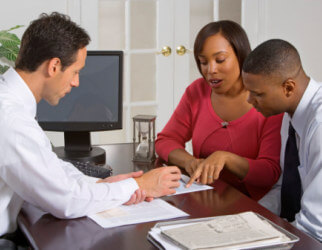 Until recently, the province of Quebec travelled a separate path when it came to regulating financial planners. But there are now unified standards for financial planning across Canada, following the publication of a bilingual book called Canadian Financial Planning: Definitions, Standards & Competencies.

The terms “financial planning,” “financial planner” and “financial plan” are all now clearly defined, says Cary List, president and CEO of the Financial Planning Standards Council (FPSC). The book has been published in conjunction with the FPSC’s equivalent body in Quebec: the Institut Québécois de Planification Financière, or IQPF.

List, who by June will have been with the FPSC for 13 years, says the industry is “coming to recognize that we need to move to a more professional model.” In an interview, List said there is no direct connection to Client Relationship Model Phase 2 (CRM2), although “consistent standards are helpful to ensure we are meeting expectations from CRM2.”

The book is a quick read: 40 pages in English and another 40 pages in French. What I found interesting is that while the standards all seemed to point in the direction of increased “fiduciary” roles for financial planners, nowhere does the actual term “fiduciary” show up in the book. In the second half of the definition of financial planner it says he (or she) “must agree to be accountable to a professional oversight organization’s practice standards and code of ethics that include an obligation to put his clients’ interests before his own” (my emphasis).

Curious about why the term fiduciary is not explicitly included, I sought an explanation from List. “Yes, the whole fiduciary debate is a loaded one,” he replied, “We quite deliberately avoid the term fiduciary. It’s not a well understood term by regulators, advisers or planners so we set the talk in terms of words people can understand. The principles are the same but the courts decide if someone is a fiduciary. What’s really important are the underlying expectations.”

List said that in the United States, Registered Investment Advisers have been deemed to be fiduciaries but broker dealers have not. In Canada regulators are instead using the term “best interest standard,” List said, rather than “fiduciary.”  For the book, “why use a word that causes people angst and aggravation when you can spell it out in clear English.”

The agreement with the IQPF was finalized last fall, while the book was published just last month. It’s being distributed free to key stakeholders. “It’s not something we expect to sell in Chapters.”

Editor-at-large Jonathan Chevreau runs the Financial Independence Hub and can be reached at [email protected].