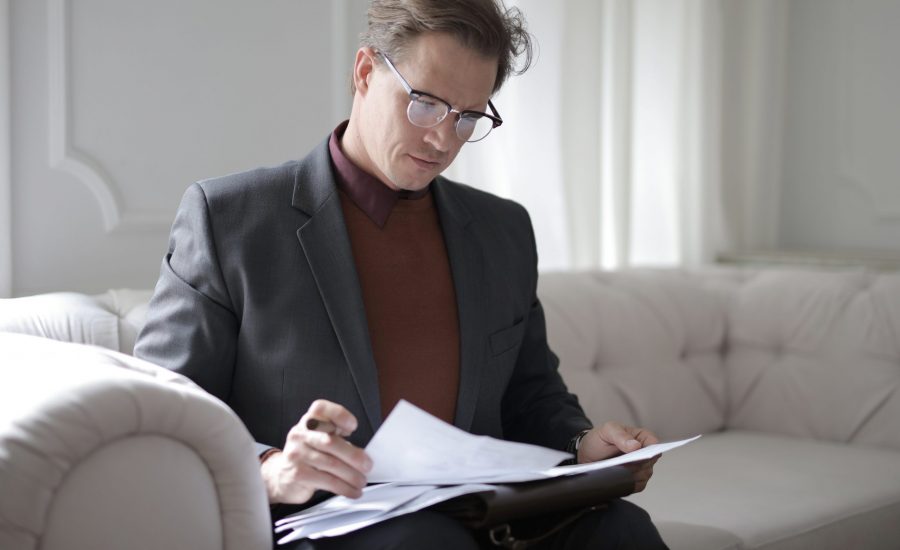 Many retirees and near-retirees are enthused about the June 1 release of Purpose Investments Inc.’s Longevity Pension Fund. (For the sake of space, we’ll refer to it as LPF henceforth.)

Taking on the challenge of providing retirement income for the vast army of people who don’t have classical defined benefit pension plans, Purpose CEO Som Seif and his team appear to have found a way to offer at least some of the secret sauce of traditional DB pensions.

According to Purpose’s documents, retirees’ biggest fear is: “Will my money last?”

Their LPF solution involves mortality credits that improve the odds that retirees who opt in will never run out of income before running out of life.

Somewhat reminiscent of the classic tontine structure championed by famed finance professor Moshe Milevsky (see this MoneySense article from three years ago), the idea is for less fortunate retirees who die sooner than they’d like to subsidize those gifted with longevity.

Retired actuary and retirement expert Malcolm Hamilton describes the LPF as “quite an ambitious undertaking. I’d say it’s partly variable annuity, part tontine and part mutual fund.” Canada’s financial industry has been much better at creating wealth-accumulation products than decumulation vehicles, Hamilton says, adding he’s “quite pleased they’re doing this and will watch with fascination as the experiment proceeds.”

Hamilton cautioned that LPF is “not a pension plan, which needs employer sponsors. There are no sponsors or employers here, just investors…. This is a well-intentioned attempt to create a financial vehicle that provides longevity protection and risk management in an age when most elderly people will need to take investment risk.”

Some 30 years ago, there would not have been a need for such a product, as interest rates were high enough to give retirees safe positive returns on GICs, CSBs or annuities. But in an era of government-sanctioned “financial repression” today’s retirees are forced to take on more risk than they may be comfortable with.

DB plans are on the way out in the private sector, suggesting the need will only increase going forward. Purpose says in the last 15 years, there are 44% fewer active members in Canada’s private-sector DB plans, and almost two-thirds of the workforce does not have an employer-based registered pension plan.

After the financial crisis, insurance companies have struggled to underwrite guaranteed income. Traditional life annuities offered by insurance companies strive to guarantee retirees income for life through the use of mortality credits, whereby those who die early in effect subsidize those who live a long time.

That’s also a key feature of DB pensions, and something not easily replicated by those in defined contribution plans, or in other market-dependent solutions like RRSPs and TFSA investments. As Certified Financial Planner Alexandra Macqueen says, if mortality credits and investment returns in DB plans are insufficient to pay promised benefits, the sponsoring company is on the hook for additional contributions. That’s not the case with either tontines or the Purpose product.

Historically, annuities have been less popular with investors than their benefits might otherwise suggest, in part because of the perception that those who die unexpectedly early forfeit much of their capital to insurance companies, at the expense of heirs. They also suffer from lack of flexibility, and fixed payments tend not to grow over time.

“Tontines have a late payoff. We reversed that,” Purpose CEO Som Seif CEO told me in an interview, adding that Purpose assumes women live two years longer. A company brochure promises: “no financial institution ever profits from investors passing away.”

Whatever term you adopt to describe this hybrid approach, it’s about time Canada’s financial services industry rose to the challenge. Purpose has touched most of the hot buttons the pensionless could require—among them, a 6.15% targeted (though not guaranteed) annual distribution, for those who start to receive benefits at age 65. Fellow MoneySense columnist Dale Roberts deemed LPF a possible “game-changer” on his Cut the Crap Investing blog.

The last time Canada’s financial blogoverse deemed a particular product a “game changer” was Vanguard’s Asset Allocation ETFs, announced early in 2018 and since matched by several major competitors in the ETF space.

While it’s a mutual fund rather than an ETF, LPF seems to be a hybrid of traditional annuities and vehicles like Vanguard’s recent Vanguard Retirement Income Portfolio (VRIF/TSX), which “targets,” but does not guarantee, a 4% annual payout.

Most retirees who lack DB pensions rely on a version of William Bengen’s 4% rule to decide what percentage of a portfolio they can safely withdraw each year without running out of money. As Roberts noted, an annual 6.15% payment at age 65 is a “big step up the retirement funding ladder.”

Malcolm Hamilton notes that the 6.15% target distribution should not be confused with a 6.15% rate of return: “The targeted return is approximately 3.5% net of fees. Consequently, approximately 50% of the distribution is expected to be return of capital. People should not imagine that they are earning 6.15%; a 3.5% net return is quite attractive in this environment. Of course, there is no guarantee that you will earn the 3.5%.”

But there is potential to pay more than that as retirees age and mortality credits kick in.  As Seif explains, while the required return on the fund may be 3.5% net, “longevity risk pooling” can make up the difference. Compared to annuities and other similar products, Purpose says the LPF offers the best death value after age 82.

While Purpose is using a mutual fund structure for this innovative platform, the underlying investments are in Purpose’s own ETFs, which is the company’s forte. The asset mix is a fairly aggressive 47% stocks, 38% fixed income and 15% alternative investments that include gold and a real assets fund, according to the brochure. The geographic mix is 25% Canada, 60% United States, 9% international and 6% emerging markets.

While some investors may be able to replicate that mix in self-managed RRIFs, there’s no escaping the fact that, either way, retirees have to take on more investment risk. “Near-zero returns are hard to live with. Investors may need to expand their portfolio selections from the comfort of 50% equity, 50% fixed-income toward the 70% equity ballpark,” says Adrian Mastracci, portfolio manager with Vancouver-based Lycos Asset Management Inc. “Investors have to expand their vision and Purpose has done that for them. Kudos to them.”

Monthly payments are not guaranteed for life, although the goal is to increase them by 3% a year in one’s 80s as mortality credits kick in and some plan participants have died. If markets plunge, distributions would have to be adjusted downwards, though it’s not yet clear to what extent that would be. Purpose says its approach has been back-tested by Morneau Shepell; over 25 years, there is a 91% chance payments won’t have to be decreased, and an 86% chance over 35 years. The LPF also has a return-of-capital feature.

But the longevity kicker can help mitigate the risk from falling market returns. Around age 83 or 84, the plan will pay what’s called a “living bonus.” As the brochure says, “distribution payments are made monthly and are designed to increase over time, but may be adjusted up or down based on investment returns and mortality experience of each cohort.”

Macqueen says: “This new product clearly shows the desire on the part of savers and retirees for consistent retirement income. Those contemplating buying it should understand how it differs from, on one hand, a systematic withdrawal plan (to create regular income from a portfolio), and, on the other, a ‘plain vanilla’ annuity that provides regular income backed by a guarantee that’s similar to a GIC.”

Macqueen adds that tontines provide a way to generate lifetime income without the participation of a life insurance company. “The fact that tontines don’t have the backstop of an insurance company (and the associated guarantees) means they can function like an annuity, but with greater risk—hence, buyers should expect a higher return than from a comparable annuity. Buyers should understand how and why a tontine product differs from an income annuity, including how annuity income is protected in ways that tontine income is not.”

Some critics on social media seem to think the LPF is aimed mostly at people who can’t be bothered managing their own investments or undertaking the necessary adjustments to generate regular retirement income; decumulation is famously trickier than mere asset accumulation. While Twitter was generally positive, not all were enthused with the LPF. For example, @wonnydoo posted: “A slightly better annuity with no yield guarantee is not a product I would get excited about. High MER and taxable yield…. There is no magic. Roll up your sleeves and do the work.”

A slightly better annuity with no yield guarantee is not a product I would get excited about. High mer and taxable yield….no thanks. There is no magic. Roll up your sleeves and do the work.

There’s a cynic in every bunch, but my guess is many pensionless retirees and near-retirees are tired of working so hard to keep tabs on markets and investments, and will gladly pay reasonable fees for the peace of mind this seemingly magical innovation aims to provide.

We look forward to hearing from actual customers once LPF is adopted, and hope some of Purpose’s abler competitors are moved to follow suit.