Alimentation Couche-Tard pumps out profits, the Fed warns of economic pain, strong U.S. dollar might bankrupt several countries, and why millionaires prefer the desert to the tundra. 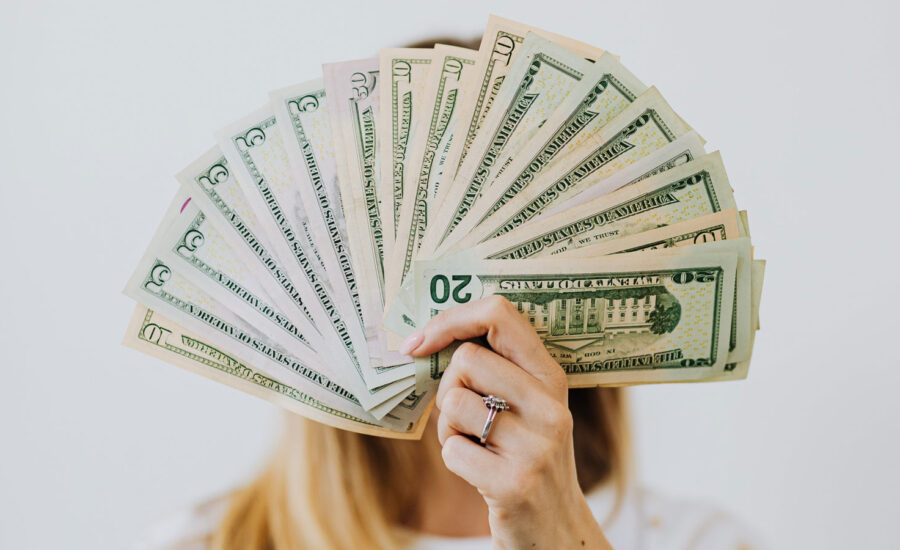 Kyle Prevost, editor of Million Dollar Journey and founder of the Canadian Financial Summit, shares the financial headlines of the week and offers context for Canadian investors.

Profit margins set to “fill” for Couche-Tard, and some banking news

It was good news, bad news for Canada’s favourite gas retailer, Alimentation Couche-Tard (ATD/TSX). The good news this past Tuesday: Net earnings were up 14% from last year and the company continues to enjoy record profit margins and revenues on its gasoline sales. Also, ATD’s acquisition of Maritimes-based Wilsons Gas Stops was approved by the Canadian Competition Bureau, further cementing the economies-of-scale advantage that the fuel giant enjoys. (All values in this section are in Canadian dollars.)

That said, adjusted earnings per share are $0.85 for the retailer, and while that is a large increase over last year, it is still substantially lower than the $0.94 that analysts had predicted. ATD announced it would continue to use its cash hoard to buy back shares and to look for appropriately valued acquisitions. Shares finished slightly down on Tuesday.

In other Canadian earnings news, the Bank of Montreal and Laurentian Bank completed our profit picture for Canadian financials for the quarter.

Bank of Montreal (BMO/TSX): The big bank missed expectations as adjusted earnings per share came in at $3.09 (versus $3.14 predicted), and it was down 2.6% on Wednesday.

Laurentian Bank (LB/TSX): Laurentian also released some mixed news, as adjusted earnings per share came in at $1.24 (versus $1.25 predicted) as net income was down on a year-over-year basis.

Overall, Canadian bank stocks as a group are down nearly 4% over the last five trading days. To reiterate what I wrote last week, I think this dip is an overreaction to quarterly profit numbers coming in slightly below expectations due to higher bank reserves—not because of underlying weakness in the business model.

Powell said, in regard to central bank efforts, it “requires using our tools forcefully to bring demand and supply into better balance,” and he called price stability “the bedrock of our economy.” Leaving no doubt as to the bank’s direction, Powell says, “Our responsibility to deliver price stability is unconditional.”

However, Powell did not state in plain terms whether the Fed would next be raising key interest rates by 50 basis points or 75 basis points. Given that many economists suspect emotion and expectations play key roles in determining inflation outcomes, I wonder to what degree the Fed is trying to use strong language in place of actual rate hikes in order to accelerate disinflationary momentum.

It’s probably worth a try, and it’s unlikely to go worse than the last time the Fed was super confident about making predictions.

In any case, Powell’s comments were enough to bring the late summer bear market rally to a close. The U.S. markets fell in the last four days of August, and the big U.S. indexes were down 4% on the month. However, as the calendar changed to September, things stabilized somewhat.

In U.S. earnings news, it was a relatively slow week. But two tech retailers announced mostly mixed earnings reports. (Values in this section are in U.S. dollars.)

Best Buy (BBY/NYSE): Adjusted earnings per share were reported at $1.54 (versus a predicted$1.27), and revenues topped $10.3 billion, slightly beating projected revenues of $10.24 billion.

Hewlett-Packard (HPQ/NYSE): Score one for the analysts, who correctly predicted HP’s adjusted earnings per share of $1.04. Revenues came in slightly below expectations, and investors reacted quite negatively to the news, sending the stock down more than 7% by the end of Wednesday.

Once again we see that, while retailers aren’t exactly running up the score, profits aren’t indicating a crisis either.

A sovereign debt avalanche: IMF or bitcoin to the rescue?

One of the more underrated risks in the markets right now, in my opinion, is the risk of the sovereign debt market collapsing. As with many global market-based issues, the main worry for Canadian investors isn’t the direct exposure to bonds in places like Ghana or Egypt, but the contagion effect that could substantially depress global growth for years.

You might recall, back in May 2022, that Sri Lanka failed to repay its debt for the first time. Essentially, its government was unable to come up with the cash to make the USD$78 million interest-only payment—and consequently the label applied is “default.” And, chaos ensued.

Not only are these economies reeling from the pandemic and new recession risks, but also because these debts are often priced in U.S. dollars. And their ability to repay them is tied to current exchange rates. With the U.S. dollar being so strong, the monthly bill keeps going up for these countries.

And we’re not necessarily talking “small potatoes” when it comes to how much money is invested in these strained countries. Brazil’s economy is nearly as big as Canada’s, at about USD$1.7 trillion. If you add up the GDPs of Argentina, Pakistan, Kenya and South Africa, you also start getting pretty close to Canada’s GDP. If these countries are unable to pay creditors, it could start a negative debt spiral that will dramatically shake investors’ faith in the markets. And that could drive up interest rates, killing any hope of growth in these countries. The International Money Fund (IMF) is monitoring the situation closely and looking to help several countries that might soon be desperate.

You’ll also notice that El Salvador, known as “Bitcoin Bro Utopia,” is considered to be the riskiest. That probably has something to do with the fact that its national currency is bitcoin. President Nayib Bukele has proven it is in fact possible to get frostbite in Central America.

Given El Salvador’s government debt is currently yielding nearly 32%, I’d argue that you might as well buy El Salvadorian bonds and put your wealth in one of these bitcoin high-interest accounts that I see popping up online. You’re taking the risk anyway; you might as well get the reward if the crypto horse race heats up again.

Are there canaries in the coal gold mine?

In case you haven’t picked up on this yet from my weekly columns, I’m a pretty big fan of the Canadian media company Visual Capitalist. One of its most recent content creations focused on the migration of millionaires, which really caught my eye.

The world’s wealthy (also known as “high net worth individuals” or HNWIs) have a far easier time relocating around the world than most people. Their assets can be moved across borders quite quickly, they don’t need to depend on a job being local, and they have the resources to live a comfortable lifestyle anywhere in the world. While many people are forced to depend on the support of friends and family in their home country from time to time, HNIWs have way more geographical freedom.

Consequently, where millionaires are deciding to take their cash is an informative real-life experiment that reveals which countries have the most attractive combination of legal stability, low tax rates and standards of living. However, wealthy people can generally enjoy a pretty high standard of living in most countries.

Take the above graphic and data in the Visual Capital article, and the sheer number of people migrating versus past years paints an interesting picture.

My bets to top the list: The United Arab Emirates and Singapore. The two countries offer playgrounds for the world’s elite, along with their low-to-no taxation. No surprise: Portugal and Greece make sense for those wanting to live the Mediterranean life, with their low cost of living, options for European Union residency and surprisingly attractive tax incentives for new residents.

But I have to admit, I was surprised to see Canada on the list. It popped up in the eighth spot of countries to which HNWIs are immigrating.

Canada, Australia and New Zealand are high-tax countries, relatively speaking. And I would have thought, if anything, we might have seen an outflow of HNWIs. A clue as to how these former British colonies ended up on the list might lay in how many HNWIs left China, India and Hong Kong.

Those countries would be in a similar time zone to Australia and New Zealand, and are relatively close Pacific neighbours. Canada, in particular, would benefit from the Hong Kong exodus. After all, if you’ve owned a home in Hong Kong for more than a few years, you’re probably a HNWI on that asset alone!

Perhaps the biggest takeaway from the data, though, is just how many wealthy individuals are leaving Russia and China. For these two countries that are quick to champion just how strong they are, their wealthiest residents appear to want some distance.