Canadian banks prepare for stormy weather. Is the Fed worth fighting? U.S. retail results. And a renewed dividend for GM. 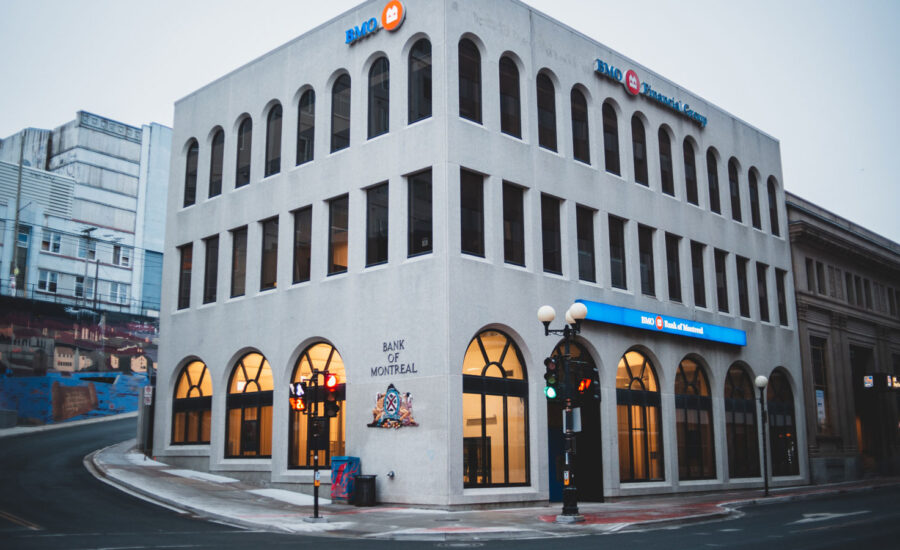 Photo by Erik Mclean from Pexels

Banking on stability and caution

Canadian investors love their banks. Year in and year out, banks provide dependable dividend growth and solid long-term share price increases as well. They also make up a massive part of any Canadian index fund, as well as the bulk of Canadian pension funds.

So, when the banks pull back the curtains to reveal how business is doing, we take notice.

With a set of mixed results, the main takeaway appears to be that the Big 6 (BMO, CIBC, National Bank, RBC, Scotiabank and TD) looked at the economic storm clouds on the horizon and decided to batten down the hatches.

By provisioning more of their profits for default loans, the news wasn’t as good as recent previous quarters. That said, these conglomerates continue to tick along cautiously, dependably spinning off free cash flow.

All numbers are in Canadian Dollars.

Bank of Nova Scotia (BNS/TSX): In a negative start to the week, the Bank of Nova Scotia slightly missed expectations as adjusted earnings rose 4% from last year, but still came in at $2.10 (vs $2.11 predicted). Scotiabank stated it’s setting aside $412 million for loss provisions, up from $219 million last quarter. Nervous investors caused the stock to sink more than 5% on Tuesday after the earnings call.

Royal Bank of Canada (RY/TSX): Warning that “the end of an economic cycle is near,” RBC also lost some profit due to increasing loan reserves. Its third quarter profit was down 17% from last year. RBC’s adjusted earnings per share were $2.55 per share (versus $2.66 predicted). Shares were down 2.6% on Wednesday after earnings were reported.

National Bank of Canada (NA/TSX): National Bank did comparatively well with a slight adjusted earnings per share beat of $2.35 per share (versus $2.34 predicted). Its Canada-based business was up significantly, but its international units did drag down results to some degree. Even with the slight beat, shares of NB finished Wednesday down nearly 1%, due to the broader trend in Canadian financials.

Canadian Imperial Bank of Commerce (CM/TSX): CIBC followed suit and also announced a slight beat on Thursday, finishing the quarter with earnings per share of $1.85 (versus $1.82 predicted). Much like the other banks, CIBC’s guidance prominently mentioned increased loan loss provisions. Shares finished the day down 0.20% on the day despite the positive earnings news.

The Bank of Montreal (BMO/TSX) will be reporting its quarterly results next Tuesday.

While the banks’ concern for the economic future is actually some of the strongest evidence I’ve seen yet for strong recessionary concerns, I believe the collective information we garnered from the earnings call is mostly good news. By and large, the Canadian banks continued to do quite well on a pre-tax pre-provision basis, and are benefiting from strong retail banking performances.

Given their respective valuations, I think they have a lot to offer investors in a volatile environment. The loan-loss provisions might turn out to be needless preparation for a rainy day—in which case the banks will just unwind those reserves to the benefit of shareholders. If the choppy economic waters do begin to sink a few boats, the banks will have yet again earned their reputation as cautious and stable operators. Check out my article on MillionDollarJourney.com for more on Canadian bank stocks.

“Don’t fight the Fed” became one of the most repeated aphorisms of the last decade, when it came to predicting long-term stock market returns. The idea that the Federal Reserve would lower interest rates to keep the economy humming (and stock valuations high) was seen by some as a virtual guarantee of future returns.

Now that the economic party has gotten too hot, the Fed is moving in the opposite direction—trying to take away the punch bowl. The question now is: Just how hard is The Fed going to fight? Also, how much of a resistance does the market want to put up?

Consequently, the world’s financiers tuned in this week to hear what Federal Reserve Chair Jerome Powell would reveal about the central bank’s long-term prognosis.

It appears that while the vast majority of forecasters were predicting a raise in the key rate, the debate was between a 0.50% raise and a 0.75% raise. While these modest hikes might not seem like a big deal to most, they can have pretty substantial effects on the valuation of most assets. Bond yields appeared to be baking in a more aggressive Fed posture—at least in the short term.

In other interest rate news, China cut rates last week, again, after cutting them only two weeks previously. This surprise move is a clear indication that China’s central bank is becoming more and more worried about a possible real estate collapse. Many market forecasters predict growth projections for the Middle Kingdom of a mere 3% this year—a far cry from the 5%-plus growth rates that have characterized its economy the past few decades. The Yuan continues to suffer versus the U.S. dollar as a result of these cuts.

Finally, the gloomy news out of the U.K. was that traders are betting their interest rates will be forced up to 4%, as they try to battle intense inflation expectations of up to 18%.

American consumers aren’t tapped out yet

On the heels of last week’s mega-cap retailer reports, this week saw several niche retailers report their results from the last three months. All figures below are in U.S. currency.

While these are five very different retailers, we see that, broadly speaking, the retail trends signaled last week hold true. Inventory pressures are forcing markdowns, and inflationary costs are compressing margins. That said, people do have jobs and are buying products. The consumer sky is not falling.

General Motors (GM/NYSE) made the headlines this week when it reinstated its quarterly dividend, as well as announcing a USD$5 billion stock buyback. (Figures below are in U.S. dollars.) GM shareholders will get $0.09 per share each quarter going forward.

While this isn’t even close to replacing the $0.38 per share GM shelled out before it suspended its dividends in 2020, it is a pleasant vote of confidence in the company’s ability to create free cash flow going forward. The dividend yield for the stock now stands at 1%. GM stock price was up about 4% on the news, but is still down about 33% this year.

GM CEO Mary Barra adjusted expectations by stating that while GM would “consider all opportunities to return excess capital to shareholders,” the bulk of the company’s capital would be reinvested into the electrical vehicle focus GM will have going forward. GM, along with all other traditional carmakers, is still the race against Tesla for scale. Tesla needs to manage manufacturing capacity and distribution models. GM needs to figure out its battery and performance technology.

I’m not sure who will win this car race, but I do know that Tesla’s stock remains priced for absolute perfect execution, while the market has not extended nearly the same benefit of the doubt to GM, Ford, and others. Tesla is no doubt hoping that their 3-for-1 stock split this week will result in the usual boost to overall market capitalization.

While many of the big American tech names are quite well known to Canadian investors, I find Nvidia (NVDA/NASDAQ) often flies under the radar. While the company is substantially smaller than Apple or Amazon, it’s still more than three times bigger than RBC (Canada’s largest company).

Nvidia announced its earnings this week, and while expectations had already been lowered, the hardware giant still missed on projected revenues and earnings. Earnings per share came in at only $0.51 (versus $1.26 predicted) and revenues were USD$6.7 billion (versus USD$8.10 billion predicted).

Sales were hurt largely due to a 33% fall in its gaming vertical and as well as a decreased demand for graphics cards. Some commentators speculated that the majority of the demand for Nvidia’s high-end graphics cards had been from cryptocurrency miners than previously thought.

Given the size of the miss, I’m surprised to see the stock price down only 4.5% in after-hours trading. Nvidia is now down almost 43% on the year, which just goes to show how quickly the demand for hardware has dropped after the pandemic’s spending binge.