Despite higher risks, the U.S. is an important part in a portfolio

For the last several years, American equities have been the go-to investment for many Canadians. U.S. stocks, beaten down so badly after the recession, were inexpensive, while the nation’s economy was rebounding in a big way, which helped its equity markets. Over the last five years the S&P 500 has climbed by 62% compared to 6% for the S&P/TSX Composite Index.

While the U.S. is still a bright spot among developed nations—the IMF is expecting 3.2% GDP growth this year, better than Canada and Europe—it’s not the no-brainer nation that it once was, says Colin Wong, co-manager of Mawer Investment Management’s five-star Morningstar rated U.S. Equity Fund. He thinks the country is showing some cracks: its high debt load is approaching record levels and uncertainty around rising interest rates, especially the impact that will have on corporate debt, is a concern.

Still, there’s so much more to choose from in the U.S. than in Canada and many sectors, like health care and technology, are far more robust down south. Wong, who has slightly reduced his exposure to the U.S., is still finding many opportunities there. The key, he says, is to pick businesses that can withstand shocks to the system. “You have to walk a little slower than you otherwise would.”

Wong is a bottom up investor, so sectors don’t matter as much to him as company fundamentals, though his portfolio does have a higher concentration of financials, information technology and consumer discretionary stocks. More importantly, he wants a U.S. business with little or no leverage today, so when rates rise again these companies won’t be affected. He’s also interested in operations that are making money now, versus ones that are promising big profits in the future (like what you might find in Silicon Valley).

Wong wants a return potential of about 3% to 5% higher than the government bond rate, which puts him into the 5% to 7% annual return range. That’s easier to find now, but if rates rise it could get more difficult, he says. Credit card companies, such as Mastercard and Visa—“they have no balance sheet, they just make money when you order a coffee,” he says. Auto parts companies meanwhile make replacement parts for many different types of vehicles. These attributes make these sectors attractive to professionals like Wong.

Despite some increased risks, the U.S. can still play an important part in a portfolio. It has some of the most innovative and entrepreneurial companies in the world, and historically, U.S. equities have delivered some of the highest equity returns in Canadian dollar terms, says Wong. “All of this,” he says, “still makes the U.S. a fruitful place to invest.”

So, what should I be going for?

Over the last few years, owning a U.S.-based ETF made a lot of sense—since the market was rising, all you needed to own was a benchmark-hugging security. Now that investors have to pick their spots a little more carefully, some are opting for individual securities or a mutual fund instead. An ETF could still make sense however if the broader market continues to outperform. “It will largely depend on the individual investor’s investment goals,” says Wong. 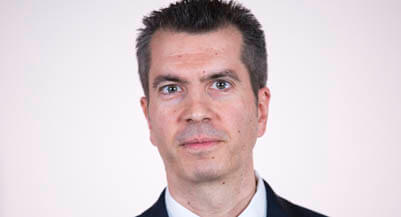 The hardest investing lesson I had to learn

In terms of asset allocation, Canadians who plan on living in the U.S. when they retire might want to hold more American equities than someone who’s going to live exclusively in Canada. As a comparison, Mawer has six balanced mutual funds, which include stocks and bonds, and vary by risk tolerance. Its most aggressive fund has a 34.4% overall allocation to U.S. stocks, while its most conservative fund holds no American companies. Somewhere within that range is appropriate for most investors, says Wong, but some may want to go higher. For those who prefer index investing, the iShares Core S&P 500 Index Canadian hedged ETF (XSP) is a popular option. With $3.6 billion in assets under management, it’s the largest Canadian-based U.S. market ETF and it’s also Canadian dollar hedged, so you don’t have to worry about a fluctuating currency. If you do want to play the greenback, then BMO S&P 500 Index ETF (ZSP)–the second largest U.S. ETF in Canada by AUM–is a good way to go.

Generally, one broad-based U.S. fund is enough, but it’s important to keep in mind that about half the revenue generated by S&P 500 companies comes from outside the U.S. While that can be an advantage—there are a lot of high-quality international operations—if you want to get more domestic exposure then consider buying a U.S. small-cap fund, says Wong. In any case, Canadians who want a diversified portfolio would be well served by owning at least some U.S. stocks.