Financial literacy may decline with age

While seniors are confident with their financial decision-making abilities, one study suggests their capacity to make smart money decisions declines with age. 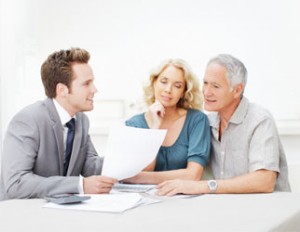 It takes years of hard work and dedication to build up a retirement nest egg, so it stands to reason that by the time someone retires they’d have some confidence in their ability to handle their own financial affairs. Unfortunately, a recent study suggests that seniors’ capacity to make smart financial choices declines with age.

Interestingly, while the researchers recorded a drop in financial literacy amongst seniors, they found seniors’ investing confidence either remained constant or increased.  “Increasing confidence and reduced abilities can explain poor credit and investment choices by older respondents,” note the study’s authors. It’s a bad combination. But the study’s authors say seniors have nothing to worry about if they prepare for a drop in their financial know-how.

Cynthia Kett, a principal with Toronto-based Stewart & Kett Financial Advisors, says she’s seen evidence of this in her own practice. In her experience, though, the drop in knowledge happens well after people turn 60 and it’s not just related to cognitive changes as the study suggests.

In Kett’s opinion, life changes, especially the transition to retirement, have a significant impact on financial literacy. Many people just don’t know what to do with their money after they stop collecting a regular paycheque, she says. “They don’t always recognize the need to make adjustments to their portfolios, or they know they need to make changes but they don’t know how, and that creates anxiety.”

Susan Eng, vice-president of advocacy for the Canadian Association of Retired Persons (CARP) agrees that aging Canadians have a lack of financial awareness, but she says it may have to do more with generational differences than cognitive changes.

Many Canadians, especially the pre-boomer generation, have never had sufficient financial knowledge, says Eng. If the study’s findings are correct then she fears seniors are at even greater risk. “If there is scientific evidence that financial wherewithal declines, then we’ve got a very vulnerable population.”

A lot of people who peddle themselves as retirement experts will prey on financially illiterate seniors, she says. Some get people to invest in something that doesn’t make sense; others scam older Canadians out of money.

One CARP member got a call that her grandson was in trouble. The person wanted her to go to the bank, withdraw money and hand it over. She actually went to the bank, Eng says, but it was the teller who caught on to the scam and told her not to withdraw. “These people take advantage of the honesty and good nature of people.”

So how can retirees protect themselves against a decline in literacy? For starters the study’s authors suggest working with a financial advisor. Kett agrees, but she thinks seniors should also consider bringing a family member along, too. Not only will that person learn about family finances, but they’ll also be able to take over if something happens.

Another idea would be to simplify your financial affairs. When people are younger they may have multiple accounts, different types of investments and various trusts, says Kett. Get out of all the complicated vehicles and stick to one or two investment strategies, she says, noting that will make it easier to stay on top of financial affairs.

It’s also a good idea to review a portfolio and financial plan at least once a year. While that goes for everyone, regardless of age, it’s even more important for seniors whose memory may be fading. Kett tries to communicate more frequent with her elderly clients, often sending letters in large print.

While all of that can help individual retirees, Eng would like to see more emphasis on financial literacy in general and strong regulations to stop people from taking advantage of older Canadians. Without these changes Eng says we could see more retirees making financial mistakes.

“There is a group of marketers that think they can win the trust of seniors,” she says. “And people do get trusting as they get older. If there is declining literacy on top of that, then we have to worry.”