Surprising truths about your RRSP

Unfortunately, much of what you've heard about RRSPs is just plain wrong 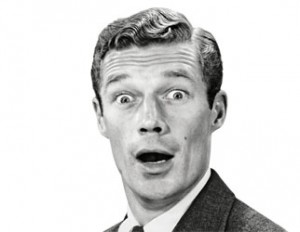 It wasn’t that long ago that retirement planning seemed a lot more straightforward: open a Registered Retirement Savings Plan (RRSP), choose your asset allocation, make contributions and—hopefully—watch your money grow. But the simple truth is RRSPs haven’t always been right for everybody: they were just the most popular option for tax-sheltering some of your earnings.

Things radically changed in 2009, however, when Tax-Free Savings Accounts (TFSAs) appeared. In fact, for many Canadians a TFSA can be a better choice, particularly if your income is limited and you can afford to use only one of these tax-sheltered accounts. TFSA contribution room now sits at $36,500 for every Canadian who was at least 18 in 2009, or $73,000 for couples—a sizable amount of money.

Consider, too, that fewer people have employer-sponsored pensions to rely on in retirement. Old Age Security is also being phased in later, meaning future generations will receive less money from the government in their post-working years.

All of which means Canadians need to be more vigilant about their retirement planning. RRSPs remain the pillar of that plan for many people, and it’s now more important to ensure yours is working effectively. Here are three of MoneySense’s seven surprising truths about RRSPs. Many of them go against the conventional wisdom, but our experts say they’ll help you get the most from your retirement savings.

You’re not as rich as you think

“Everyone needs to appreciate that RRSPs are fully taxable,” says financial author Talbot Stevens. With an RRSP, you can defer taxes for years, or even decades. What many investors fail to remember, however, is that deferring taxes doesn’t mean avoiding them altogether.

“The financial industry has sort of led Canadian investors to this view that if you don’t want to pay taxes, then RRSPs are your answer,” says Stevens.

The fallout from of all this, adds CIBC managing director of tax and estate planning Jamie Golombek, “is you could really get into trouble later on thinking you have more money than you actually have.” For example, he says, take someone who is in a 40% tax bracket who has diligently saved and invested for many years, growing his RRSP to a tidy $1 million. If this investor’s tax bracket is unchanged in retirement, he should consider his portfolio to be worth only $600,000 after taxes. “You owe $400,000 to the Canada Revenue Agency,” Golombek points out. “You have to look at that very, very carefully.”

Assuming, however, that our investor will retire in a lower tax bracket—say, 30%—the actual value of his RRSP would be $700,000 after accounting for taxes. Therefore, by using an RRSP he has significantly lowered his overall tax liability by deferring payment until retirement. But he’s still on the hook for a large chunk of tax later on.

The bottom line is you can’t take your statements at face value and base your retirement plans on the idea that 100% of your RRSP balance belongs to you.

Despite what many people think, an RRSP tax refund isn’t “free money.” It’s not a gift from the government, nor is it a reward for contributing to your plan, and it shouldn’t be treated that way. It’s actually your money: more precisely, it’s the tax-deferred portion of your RRSP investment that you’ll eventually have to pay to the government.

So if you’re anticipating a big, fat refund cheque at tax time and you’re already envisioning yourself sipping Mai Tais in the Caribbean, or seated in front a new 50-in. flat screen, erase those thoughts from your head. While it may be tempting to blow your refund on something fun, you really should reinvest it or use it to pay down debt, says Karin Mizgala, co-founder and CEO of Money Coaches Canada Inc. Otherwise you’re saving a lot less money for retirement than you think. Remember, when you draw down your RRSP you’re going to pay tax on your withdrawals. Reinvesting your tax refunds is a bit like prepaying those taxes.

Reinvesting your refund can also supercharge your RRSP savings, thanks to the magic of compounding. Let’s assume you regularly contribute $5,000 to your RRSP each year and your marginal tax rate is 30%. That means at tax time you’ll net refund of $1,500. If you reinvest that next year along with your usual $5,000, your RRSP contribution will be $6,500 for that year, netting you a refund of $1,950. Add that to your regular contribution the following year and it becomes $6,950, which gets you a refund of $2,085, and so on. After 10 years of reinvested tax refunds and 5% annual growth, your RRSP would be worth almost $90,000. If you got the same rate of return but never reinvested the refunds, it would be just over $66,000.

A bear market is the best time to catch up

If you’ve got extra RRSP room and plan to make a large contribution, it makes sense to wait until the markets are down, says Talbot Stevens. “It’s not only more profitable, it’s also less risky.”

From 1976 through 2012, calendar-year returns on Canadian stocks were negative more than one-quarter of the time. But when you look at the annual returns following those down years, they average about 19%. By contrast, the average annual return was only 11% after years when the markets were up.

Therefore, Stevens says, you should consider buying equities in your RRSP when prices are beaten down, and maybe even borrow some money to make a bigger contribution than normal. “And to drill down on that point a bit more,” he says, “the more the market is down, the more it makes sense to borrow a bigger amount and catch up on your RRSP.”

For instance, if you have unused RRSP contribution room and the market has recently declined—say, 10% off its peak for the year—it might be reasonable to borrow an extra $5,000 to add to your normal RRSP contribution of $5,000. “So you double up,” says Stevens.

“It’s a very simple strategy,” says Stevens, who stresses this only works for people who hold much of their RRSP in equities. “It doesn’t require a lot of sophistication. It’s about the cyclical nature of the markets.”

The problem with such an undertaking, says Golombek, is it’s very hard to time the market. “Just because something is negative right now doesn’t mean it won’t be negative again next year,” he says. Contributing a lump sum to your RRSP when markets are down is also a lot more emotionally difficult than it sounds. Investors who loaded up on equities after the financial crisis of 2008–09 would have done extremely well, but few had the fortitude to do so.